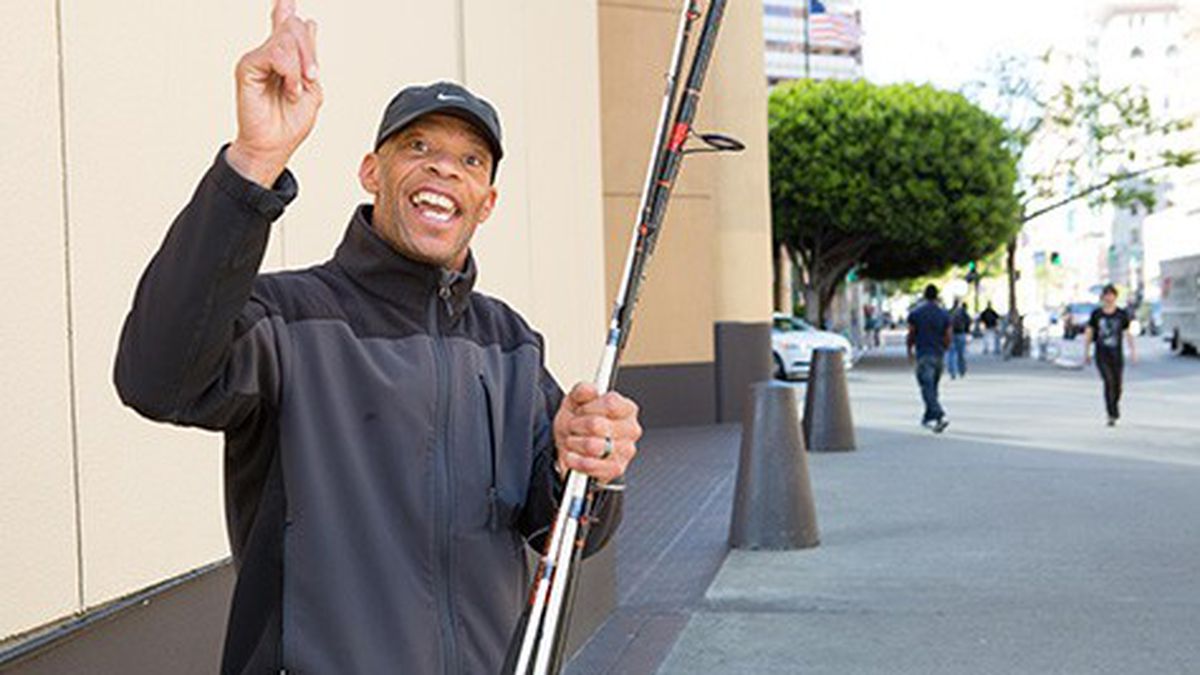 Bus Your Way to the Forest and Water

Why get in your CO2-spewing car on the weekend, when you can take mass transit to the great outdoors?

It’s one of those ironies of modernity. We toil away all week in the city, staring at an endless parade of screens, while breathing in all the ill fumes of civilization, from toxic smog to stale air conditioning. Then on our days off, we want to escape to nature. The desire to roam forested creeks and climb through canyons as birds sing — to surround ourselves with the opposite of highways, strip malls, and Muzak — seizes us. But when the weekend arrives, we often drive there. We get in our cars and burn oil, and in doing so, we contribute, in a small way, to the death of the very thing we’re trying to reach. This is all the more ironic given the fact that because we live in the East Bay, we don’t have to jump in our cars to reach the great outdoors. There’s a sustainable way to leave our traffic-clogging, exhaust spewing autos behind. There are plenty of amazing hikes, and even some beaches within bus-shot.

That’s right, the bus. On a recent Saturday, I caught the AC Transit Line 18 from 14th Street and Broadway in downtown Oakland. I took a window seat and settled in to read a magazine while sipping coffee (try doing that when you’re behind the wheel). The Route 18 curves around Lake Merritt and rattles up Park Boulevard. About fifteen minutes later, I stepped off at the last stop on Park, a couple hundred feet below the Warren Freeway. Walking to the top of Park Boulevard, I turned right on Monterey Boulevard and walked a half mile up to a little graffiti-decorated pedestrian tunnel under the freeway that connects on the other side with Joaquin Miller Court. At the end of the court is the trailhead for the Palos Colorados Trail.

If Lake Merritt is the “jewel of Oakland,” then Joaquin Miller Park is its big heart of gold, and you can get there any day of the week, at almost any hour, by bus. Located entirely within the city limits, this 500-acre park has all the things you expect a city park to have, including barbecue pits and picnic areas, but the best things about Joaquin Miller Park are the short looping trails that wend through ravines festooned with redwoods and laurels. In the winter, Joaquin Miller blooms with mushrooms that bubble up through the forest duff and open like fans. In the deeper reaches of the park, it’s easy to forget you’re within the limits of the Bay Area’s third largest city, especially on weekdays when it isn’t crowded. And yes, there’s ample parking in big paved lots accessible from Skyline Boulevard and Joaquin Miller Road, but why drive?

In addition to the Line 18, you can catch the Line 339 from Fruitvale BART. The 339 makes multiple stops on the southern and eastern side of Joaquin Miller Park on its way to the Chabot Space and Science Center. The 339 also stops at several places along Skyline where you can make your way into Redwood Regional Park via the Dunn Trail and the West Ridge Trail. From there, you can hike all day. Routes 18 and 339 run weekdays and weekends. The 18 runs late into the evening, making it the ideal transportation option if you want to watch the sun set from Joaquin Miller’s aptly named Sunset Trail.

There are a handful of other bus routes that reach into the East Bay hills, giving you access to some of the region’s best hiking without resorting to a CO2-spewing car. Route 54 shuttles back and forth between Fruitvale BART and Merritt College where, if you walk to the southeastern end of the campus and through an unnecessary parking lot, you’ll find the trailhead into Leona Canyon. Like Joaquin Miller, this park is tucked entirely within Oakland city limits, but it doesn’t feel like an urban park. It’s a densely forested pocket of rambling live oaks crawling up the hillsides, and a seasonal creek that blooms with water cress and blackberry in the summer. Tilden Park in the Berkley hills is also easily accessible by bus. From the downtown Berkeley BART, you can grab the Route 67. It runs weekdays and weekends.

By bus you can also easily reach parts of the Bay with sunny warm beaches and piers excellent for lounging and fishing. Local fisherman John Stevenson said he doesn’t like to drive to Alameda, but it’s not stopping him from fishing in the bay. In the evenings he carries his fishing poles, a bucket, bait, and other supplies with him on the bus from downtown Oakland to Alameda.

In the spirit of not blowing up a fellow fisherman’s spot, I won’t say where Stevenson gets off the bus, but he said he catches surf perch right from the shoreline. Unlike Oakland’s fenced-in, paved-over, industrial waterfront, there are plenty of places to drop a line in the water in Alameda. For example, if you take the Route 31, which departs every 30 minutes from 11th Street and Broadway in downtown Oakland, you can make it to the Alameda Rock Wall. The Rock Wall was built to break the surf against Alameda’s southern face near the spot where the US Navy stationed battleships and even nuclear-powered aircraft carriers until the base closed in the 1990s. The wall juts directly out into the bay into relatively deeper water, making it a good spot for catching rays, rock bass, and even leopard sharks. To get there, take the Route 31 to the corner of Pacific Avenue and Main Street, and then walk about half a mile down Central Avenue and the little single lane road behind Encinal High School.

If fishing isn’t your thing, and you would rather spend a lazy afternoon sunning on the beach, you can catch the Route 20 from either downtown Oakland or Fruitvale BART any day of the week. The 20 will drop you off along Shoreline Drive, where, for a mile and a half, there’s surf and sand: Crown Memorial State Beach. It’s still the Bay Area, so this beach can be chilly year round, but because it’s nestled inside the bay’s eastern half, Alameda’s shoreline is usually warmer than San Francisco’s western end and the popular Marin and San Mateo county beaches that are truly only accessible from the East Bay by car. Whether or not you want to eat fish from the bay, or swim in it, is another question entirely. The bay remains a seriously polluted body of water. A huge source of this pollution? Cars.