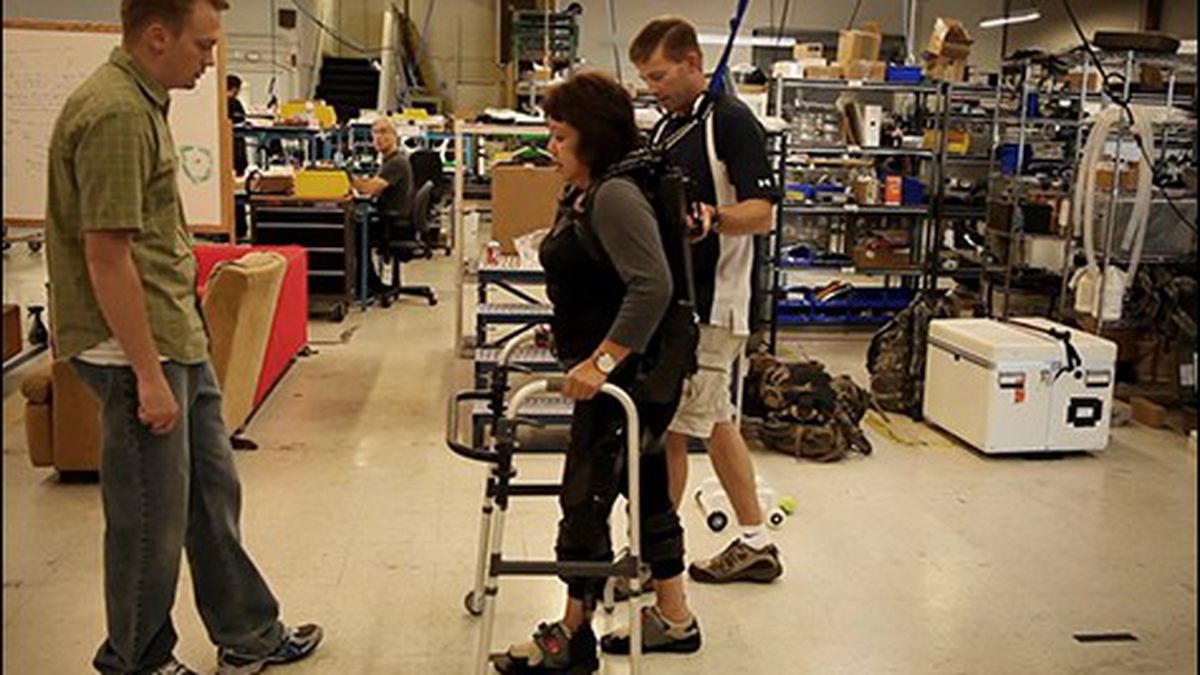 A new documentary by filmmaker Regan Brashear looks at the impact of technologies that seek to enhance human capabilities.

If you could augment your body’s abilities in any way imaginable, what would you do? When Oakland filmmaker Regan Brashear posed that question to subjects in her documentary, answers ranged from photographic memory to the ability to teleport.

The responses may seem like wishful thinking, but Brashear’s new film, FIXED: The Science/Fiction of Human Enhancement, illustrates that some of these fantastical ideas may one day become a reality and, in the process, permanently change our conception of what is normal. Investigating innovations such as bionic limbs and exoskeletons, Brashear examines how these developments value being able-bodied, calling into question whether our focus should be on technological advancement or adapting society to the needs of the disabled.

Brashear was first inspired to create the film while attending a genetic engineering conference in San Francisco in 2004. After hearing Gregor Wolbring, an associate professor who researches biochemistry and bioethics at the University of Calgary, speak about a previous conference in which participants had discussed converting existing technologies for improving human performance, alarm bells went off for Brashear. “Hearing that our government is thinking about how we eke the most out of our workers to stay ahead and how we use our technology to create better soldiers was frightening,” she said. “It made me want to learn more.”

After years of interviewing scientists and disability rights advocates, and launching a successful Kickstarter campaign, Brashear completed the film last July and will be showing it at the Ed Roberts Campus (3075 Adeline St., Berkeley) on Thursday, December 5. A panel discussion with Brashear and other subjects from the documentary will accompany the screening, along with a performance by AXIS Dance Company.

Brashear’s film includes perspectives from proponents of new developments as well as from the opposition. “I really don’t understand the desire for enhancement technologies,” says disability rights activist Patty Berne in the film. “The problem is not in my body, but the problem is in a social disregard and a lack of integration of people with disabilities.”

But Hugh Herr, who runs a research group at MIT designing bionic limbs, disagrees. A child prodigy in mountain climbing, Herr was caught in a blizzard while climbing and had both legs amputated. Now able to climb at a more advanced rate with his bionic limbs than he could with his biological legs, he has made it his goal to eliminate disability. “This experience taught me the extraordinary capacity of technology to heal, to rehabilitate, and, in my own case, to actually extend human capability beyond what nature intended,” said Herr.

As someone who suffers from fibromyalgia, Brashear feels conflicted about some of the technologies. “I totally get the temptation,” she said. “But we need to understand what we’re weighing here. What are we fixing? Who is the problem?”

Rovel Sparkes Is Kickin’ It