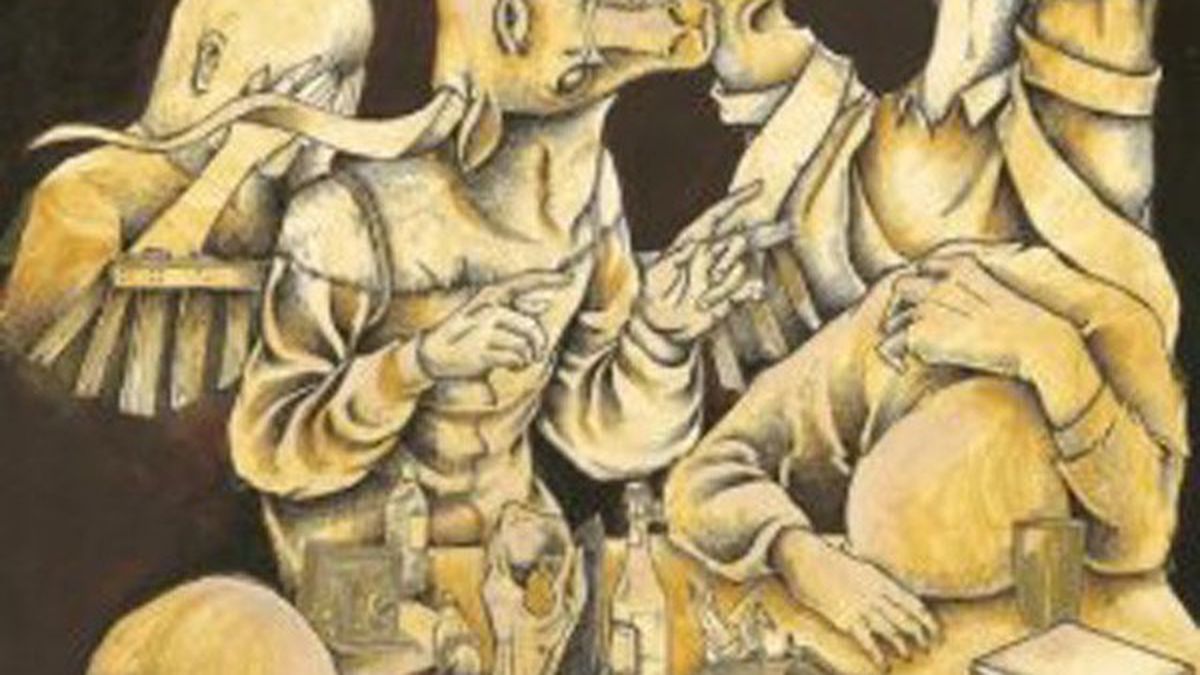 The album opener “Fingers to the Bone” perfectly encapsulates the raw simplicity of Brown Bird’s music. It’s got a catchy, toetapping rhythm that’s roughened by Lamb’s deep baritone gruff against a lone banjo and tambourine. On “Bilgewater”, Lamb’s throaty vocals rise above acoustic guitar and the tap-tap of a woodblock. Swain’s dark yet seemingly unaffected alto ricochets off this spare arrangement, adding depth and texture. At Salt for Salt’s center is “Shiloh,” a complex instrumental track. Here, Lamb and Swain exercise their musical dexterity and versatility by juxtaposing exotic rhythms and dark chamber folk. Somehow both multi-instrumentalists suspend the physics of sound by transcending their limitations as a duo, creating dense arrangements that rival those of small chamber ensembles.

While the album is grounded in Lamb and Swain’s deep knowledge of traditional American folk music, the music therein sounds gritty but refined. Brown Bird’s songs have mainstream appeal but are by no means watered down. Inspired by roots-music, Eastern European folk, and gypsy music traditions, the band’s music combines all these influences to create something singular — a brand of indie folk all its own. (Supply & Demand)

How Gay Is Oakland?