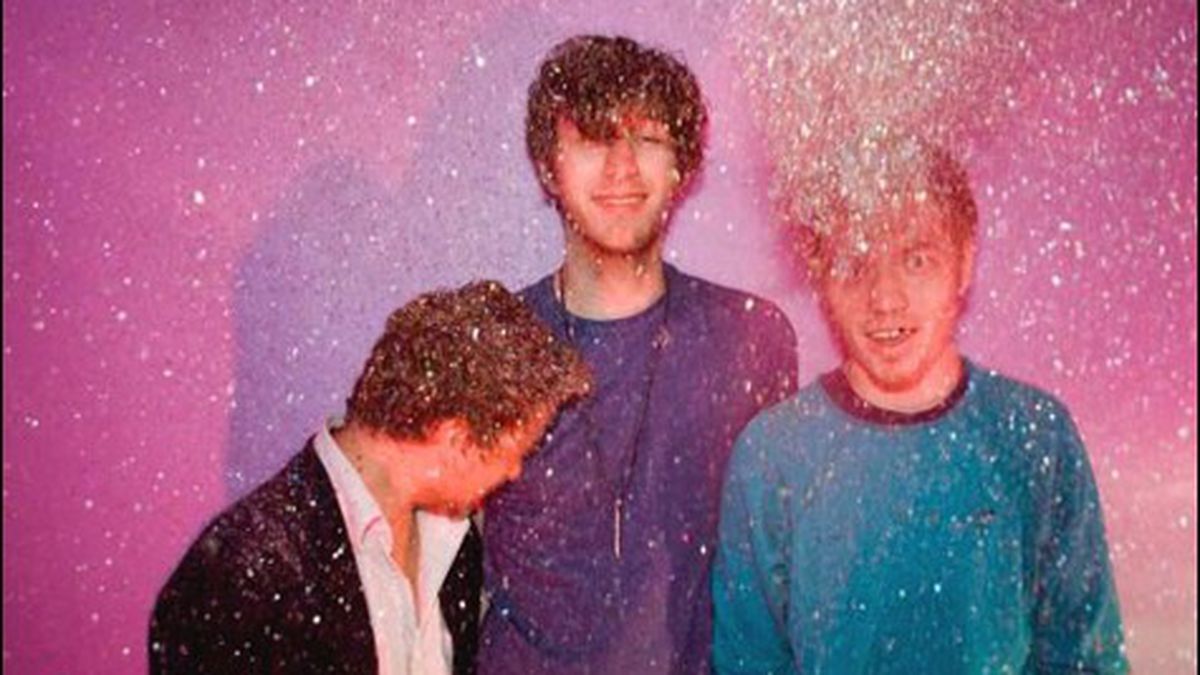 Girls Will Be Girls

This is not a quippy first sentence: Religious Girls are, in fact, neither religious nor girls. It’s true, of course, but it’s woefully played out, at least according to the band. “That is the opening line of, like, every article about us,” says keyboardist Chris Danko, with only the slightest hint of resignation in his voice; indeed, Google yields at least three such articles. “It’s always, like, ‘obviously they’re not girls and they’re not particularly religious,” he continues. “Har, har.'” Well then.

It’s a meaningful observation — not just because it robbed this article of its presumptive first line (see what I did there?), and not just because it signifies the sheer amount of press the Oakland three-piece is, deservedly, now getting. It’s significant because in just about every way, Religious Girls are constitutionally opposed to shopworn tropes and easy categorization. Or, as Danko says, “We don’t fuck with clichés.”

That would be easy enough by virtue of Religious Girls’ setup — Danko on keyboards and vocals; Nick Cowman on drums, live loops, and vocals; Guy Culver on keyboards and samples; at this point, they may be one of the only bands crawling the Oakland warehouse scene without a guitarist. But it runs deeper than that: Religious Girls also have one of the most distinctive sounds to come out of that scene in quite a while. They’ve previously described it as “spider-jazz clusterfuck,” but at this particular moment — sitting in Mosswood Park at dusk, drinking beer and watching not one, but two games of adult kickball go down — they’re going with “experimental-math-progressive-pop.” Which may sound complicated, but it sums things up pretty well. To the extent that it’s possible to distill Religious Girls into a single sentence, it’s a combination of dreamy synths, cascading beeps and blurps, and clattering drums, with no real lyrics, just harmonized oohs and ahhs and the occasional primal yell. Ultimately, it’s somewhere between Battles and Animal Collective — just don’t tell them that to their faces.

“I think my biggest fear is getting lumped in with all the Animal Collective copies on Pitchfork,” Danko says. “Like, experimental, ambient pop with a lot of reverb, harmonic singing, polyrhythmic drumming, and arpeggiating chords.” Fair enough, given the sudden, undeniably AnCo-fueled influx of experimental pop bands, but what sets Religious Girls apart is a genuine grounding in a wide variety of genres — not just lip service to the idea of “experimentation.”

Danko grew up singing in Pleasanton-area metal bands before moving to Oakland and discovering noise rock; Cowman comes out of the Sacramento-area math and prog scenes; and Culver grew up playing Tom Waits-style honky-tonk piano rock in rural Northern California before graduating to indie-pop and then Religious Girls. By the time they’d moved to Oakland, met each other, and formed the group, in 2009, the three of them had played in a collective dozen or so bands in as many genres. “That’s another one of those things we’re used to answering,” Danko says. “Obviously, we all have different backgrounds, and it kind of melds together into what we have now, which has a bunch of different genres intertwined.” Culver’s pop sensibilities come through in the band’s melodies, Cowman’s math-rock foundation in its wonky, geometric time signatures, and Danko’s noise background, in, well, the sheer amount of shred per square inch.

Add to that a broad base of influences and extracurricular musical fascinations — experimental R&B, thrash metal, and, most notably, a truly encyclopedic knowledge of Top 40 music of the late-Nineties and early-aughts, which may or may not show up as an influence in the band’s music. (“Yeah, there’s a reference to ‘The Thong Song’ in the second stanza in the third movement of this song,” Danko intones, mock-serious. Like most things he says, it’s mostly a joke, but there’s a grain of seriousness to it: After all, it was through simple pop music that he came to understand music theory. )

“Basically, we just say yes to everything,” says Cowman, but Danko interjects: “Well, we say no to cheesy. If we’re gonna say no to anything in the writing process, it’s, like, ‘oh, that’s too cheesy.’

“Yeah,” he continues. “If we’re writing a song and we get four chords that have been played together before, we’ll either tech it out or make it nonrepeating or something. We’re going out of our way to stay away from easy pop clichés. But generally, we like to say we’ll say yes to everything.” He’s referring to the recording and writing process, but that goes for other facets of Religious Girls’ existence. Namely, they have a hard time turning down a show offer — for better or for worse. When they’re in town, they’ll pretty much play wherever they’re asked, and their complex sound means they’re welcome in a lot of places. They’ve played dive bars and bougie art galleries; alongside hip-hop acts and death-metal bands; to tiny crowds and massive warehouses.

“Every night is a new crowd who listens to different stuff,” Cowman says. “Playing’s so fun and it’s crazy and it keeps you focused, because this is why we’re doing this. We’re just trying to jam as many shows as we can.” This summer’s tour, appropriately nicknamed Shred Til We Ded, scheduled 43 shows in 23 states between July 15 and August 27. The pace is impressive, if not unfathomable, given the energy at a Religious Girls show, and the fact that their songs — deeply layered, technically demanding, rhythmically muscular — are incredibly difficult to play live. “People have told us that that’s our flaw,” Danko says. “Instead of simplifying it and making it easier to play live, we kind of did the opposite and turned up the shred so we play as hard as we can. Because we love to play live.”

That ethos has made Religious Girls one of the more well-known acts in the Oakland scene, but there’s a risk of being trapped in the house-show ghetto forever. “There was a time when we were just playing all these crazy shows. And because we were so overplayed and overexposed, we kind of got taken for granted,” Danko says. “So we recognize that we have to become choosy.” This fall, the band is taking its first honest-to-God hiatus since it formed, during which it plans to finally record some new music to supplement Midnight Realms, a two-song twelve-inch released dually by LA’s Everbodies Stomached and Seattle’s Echolocalic in July. Beyond that, they’re mostly just looking to make enough to money to pay for gas here and there, or at least break even. They say they’d just like to be able to play music they’re proud of for a long time. Kind of like you-know-who.