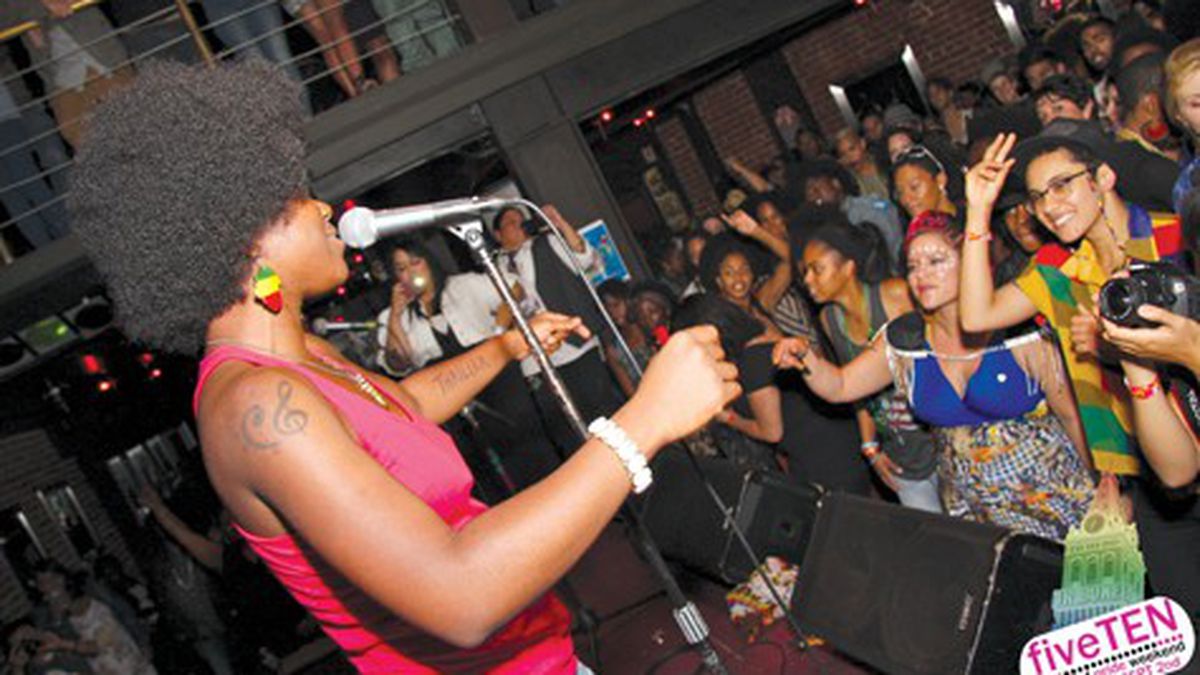 Bringing the Party to Oakland Pride

When Christine De La Rosa moved to Oakland five years ago from Austin, she immediately fell in love with the city. With its large gay community and vibrant music scene, Oakland felt like home to her. “It’s the biggest small community I’ve ever been in,” she said of Oakland’s LGBTQ population. “I’ve never been around this many gay people in my whole life.”

What surprised her, however, was the lack of events in Oakland geared toward the LGBTQ community — specifically to women. “When I first got here, the clubs were very tailored towards men, and there wasn’t a lot of stuff going on for women,” she said. “We wanted to produce events that would appeal to both.” De La Rosa (known as Miz Chris) has been working as an event producer since 2003, when she put on her Butch-Femme bash in Las Vegas. She co-produced San Francisco Pride’s women’s stage in 2009, and was excited to learn the following year that Oakland’s pride festival was restarting after a six-year absence.

She planned a party for Oakland Pride in 2010, but it was in 2011 that she — along with Chaney Turner, Charleen Caabay, and Terry Sok, who she had worked with on San Francisco Pride — created fiveTEN, an events production company specifically catering to Oakland’s LGBTQ community. It was also the result of De La Rosa’s desire to create more financial opportunities for local musicians. “We wanted to highlight local talent and be able to pay people what they were worth,” she said. After a successful inaugural year, fiveTEN began expanding beyond pride parties last year to produce film festivals and theater events as well.

This year, fiveTEN is kicking off Oakland Pride on Friday, August 30, with a casino-themed party at The Den at the Fox Theater (1807 Telegraph Ave.), where attendees can play blackjack and roulette and enter a raffle. On Saturday, August 31, a Pride Ride will start at the Embarcadero and end at The New Parish (579 18th St.), in time for bikers to attend the WERQ! Vogue Ball, where Double Duchess will perform and audience members can strut their stuff on the catwalk during a vogue competition. After the official Pride festival in Uptown Oakland on Sunday, September 1, head to The Oakland Metro (630 3rd St.) for an after-party and music fest with featuring Lila Rose, Aima the Dreamer, and headliner The Memorials.