.Breaking Ground on the State of Human Communications 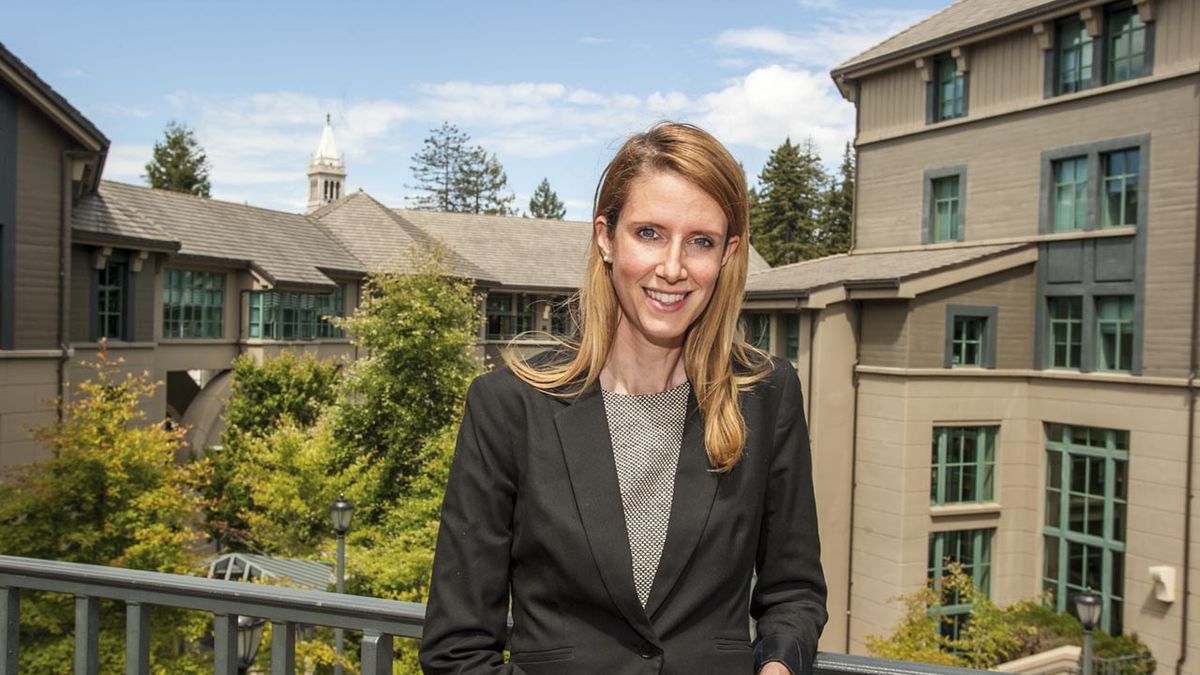 Anyone who’s ever gotten into a political argument online may recall thinking to themselves that their opponent is just stupider than them. Behavioral scientist Juliana Schroeder’s research tells her that this is a normal reaction to such interactions.

“If you read someone’s texts, you probably read it not in the tone of voice that the communicator themselves would express it,” Schroeder said. “You would probably read it sarcastically or in a derogatory way.”

Schroder, 33, is an assistant Professor in the Management of Organizations at Berkeley Haas School of Business. She teaches the Negotiation and Conflict Resolution class with a focus on how to improve communication in business. But Schroder studies the human mind with a deep level of curiosity behind simply business relations. She is particularly interested in the inferences and assumptions people make about each other’s mental capacity, and the consequences of those judgments. If a person sees another person as less mentally capable of them, she says they are then likely to dehumanize them on some level.

Sometimes, the way people communicate impacts how people see each other. For instance, Schroder’s research indicates that text-based communication leads to higher levels of dehumanization than when people hear one another’s voices.

“Something about the voice is fundamentally humanizing,” she said. “Intonation is critical. The voice is rising and falling. That’s something that closely tracks to a person’s mental processes, and it conveys their thoughts in the moments they are having those thoughts. That seems to be a big part of what makes a person mentally capable.”

One of her studies, “The Sound of Intellect: Speech Reveals a Thoughtful Mind, Increasing a Job Candidate’s Appeal,” which was published in Psychological Science in 2015, had several job applicants make a pitch for why they were the best candidate for the job to respective employers. Some employers read a transcript of the person’s pitch, while others watched a video of them speaking. In almost all cases, the employers that heard the candidate speaking in their own voices viewed them as more intelligent and hirable.

Schroeder did a similar type of study on people with different political affiliations arguing, published in Psychological Science in 2017. Hearing each other’s voices made it more likely that people were able to see the other person’s point of view as reasonable, even if they completely disagreed with what they had to say.

“I like that formula in research of something that speaks to the theoretical foundation of behavioral science and then building that up to an application to something specific, like how a job candidate should interact to get a job,” she said. “That’s a very specific application of the research.”

“Science cannot keep up with the pace of technology,” Schroder said. “Things are coming out faster than we can understand what’s happening when they come out. Technology’s changing the landscape of social life and has had negative consequences. It forced the conversation. It was almost a good thing we made some mistakes because now we can all get on board and work toward a better future. That’s the silver lining way to look at it I think.” &#8;