Local pride and mutual respect are fueling an increasing number of joint efforts between East Bay chefs, brewers, and distillers. 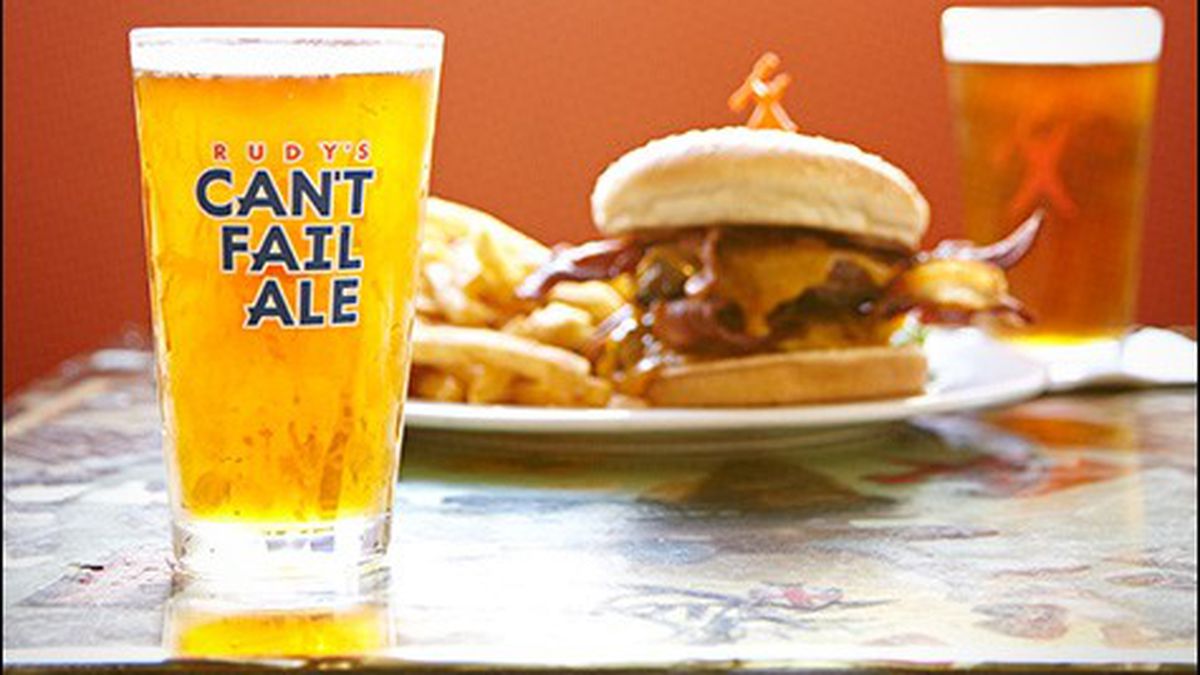 Wine gets all the glory, but beer pairs as well, if not better, with food. And it’s easier to produce. For these reasons, breweries have been making signature beers for the highest of high-end chefs for the better part of a decade — but, for a variety of reasons, there’s been a recent surge in collaborations between restaurateurs and brewers in the East Bay.

You may have seen Chez Panisse’s beers for sale at Berkeley Bowl and other local restaurants. Years ago, at a beer event held before an Oakland A’s game, Blaine Landberg, owner and brewer of Calicraft Brewing Co., said he ran into the buyer for Chez Panisse. That’s when the idea to create a beer to honor the restaurant and cafe’s anniversaries was born. In 2012, Landberg released a fresh-hopped pale ale using California-grown, organic, biodynamic hops. Today, Calicraft makes two beers for Chez Panisse a year: a fresh-hopped ale every fall and a farmhouse-style ale every spring (which is flavored with ingredients, such as lemon verbena blossoms and hyssop, that the cafe is likely to use in its food). All of the proceeds go to the Edible Schoolyard Project.

“These beers are near and dear to my heart, because they fit our organization and the ethos of what we believe,” Landberg said. “That’s our whole thing — being inspired by California to create beers that represent California.”

Desmond Tan, owner of Burma Superstar, was so determined to create a beer that would complement the restaurant’s food and enhance its bright flavors that he attempted to make a homebrew in his own garage. He was unsuccessful, but eventually found a partner in Morgan Cox, the brewer and co-owner of Concord-based Ale Industries.

“Customers were constantly asking whether we had any Burmese beer,” Tan wrote in an email. “Due to the difficulty of sourcing anything from Myanmar because of trade sanctions, we thought it would be interesting to see if it was possible to brew something local with a Burmese flavor palate.” Cox said that he’d never considered collaborating on a beer before. “We’ve always wanted to have complete freedom and our personal touch on everything we do…. But we were very honored that they were interested. I mean … have you tried the food at Burma Superstar? It’s absolutely fantastic!” he said.

When Cox and Tan sat down to talk about the flavors Tan wanted represented in the beer — which included palm sugar, tamarind, lemongrass, ginger, turmeric, and cardamom — Cox realized he was already making a beer that shared similar spicy and herbal notes. One of Ale Industries’ flagship ales, Golden State of Mind, is a wheat beer that’s flavored with chamomile, orange peel, and coriander. To give Burma Superstar’s house ale its distinctive, unique flavor, Cox steeps lemongrass and ginger in the beer after it’s fermented. Tan said it might actually be better suited for Burmese food than those hard-to-get Burmese beers, anyway. “Almost all the beers found in Myanmar today are lagers that are a little too hoppy and a bit bitter — they don’t enhance the taste of Burmese food nor complement the flavors found in Burmese cooking.”

Tan launched the finished product at the restaurant’s Oakland location in November, and the response has been nothing short of “phenomenal,” he said. However, those who want to try the beer will have to wait a few weeks. Cox said the brewery is nearly done moving into its new Fruitvale location, and he expects to start production again this week — which would mean the beer will be available at Burma Superstar by mid-April.

For James Syhabout, chef-owner of Hawker Fare, the decision to seek out a locally made rice beer was motivated primarily by economics. The admittedly “really good” Hitachino rice ale he was importing from Japan was so expensive that he had to sell it for more than the cost of one of the restaurant’s signature rice bowls. “It didn’t make any sense,” he said.

So in 2011, Syhabout reached out to Adam Lamoreaux, brewer and owner of Linden Street Brewery. In the history of collaborative beers made in the Bay Area, one of Lamoreaux’s achievements is particularly novel: He learned how to brew beer using yeast from Tartine Bakery’s sourdough starter over months of patient experimentation. He now makes what’s known as the “Biere de Tartine.” The recipe changes every year, but the beer is always brewed with Tartine yeast — and it’s available exclusively at Bar Tartine.

To make Hawker Fare’s “Supafly” beer, the brewery uses Chinese forbidden black rice, lemongrass, and shiso. (It contains no hops.) It pairs well with Hawker Fare’s Northeastern Thai-style food because it’s crisp, low-alcohol, and light-bodied. “I can’t think of any other rice beers that are made locally, even in bottle. We serve it on tap and it’s very fresh — I mean literally, it’s made a few miles away,” Syhabout said. (Syhabout and Lamoreaux are also collaborating on The Dock, a restaurant and beer garden housed in the same building as the brewery, which is slated to open in June or July.)

“When I tried Adam’s new beer, it blew me away,” said Steve Mills, one of the co-owners of Rudy’s and a friend of Lamoreaux’s. “My first thought was, ‘Would you consider doing a beer for us?” Mills gave Lamoreaux what he calls “a somewhat nerdy long list of attributes we were looking for” in early January. It didn’t take long for them to settle on a winning recipe. He said people have been surprised and delighted to discover that Rudy’s now has a house beer, which is also a steal at $4.50 a pint. “Keeping things fresh and local was an easy and automatic decision for us,” Mills said. But beers aren’t the only boozy collaborations taking place in the East Bay. Lance Winters, master distiller at St. George Spirits, has been perfecting his recipe for shochu, a popular Japanese distilled spirit that is relatively obscure in the United States, for Ramen Shop for more than two years.

“I wanted to make something that would celebrate what they were doing, something that had roots in Japanese tradition, but I could put a California touch and spin on,” Winters said. Shochu was a natural choice, he continued, because California has an excellent rice-growing environment, distilled spirits don’t take long to make, and he’d be able to experiment with koji (mold-inoculated cooked rice), an essential ingredient in shochu. Like vodka, shochu can be made from a variety of products, including barley and sweet potatoes, but Winters and Sam White, co-owner of Ramen Shop, settled on a rice version.

Winters described it as having a “really nice, soft richness,” with tasting notes including “cashews, pistachios, [and] dry cocoa.” “Because rice is so neutral in flavor, the koji is really able to shine through.” Ramen Shop does not currently offer shochu on its menu, White said, because he’s waiting for Winters’ concoction. (It will eventually be served on its own and in cocktails.)

Winters said the reason why he is collaborating with Ramen Shop is simple: “I made it out of my love for these guys.”