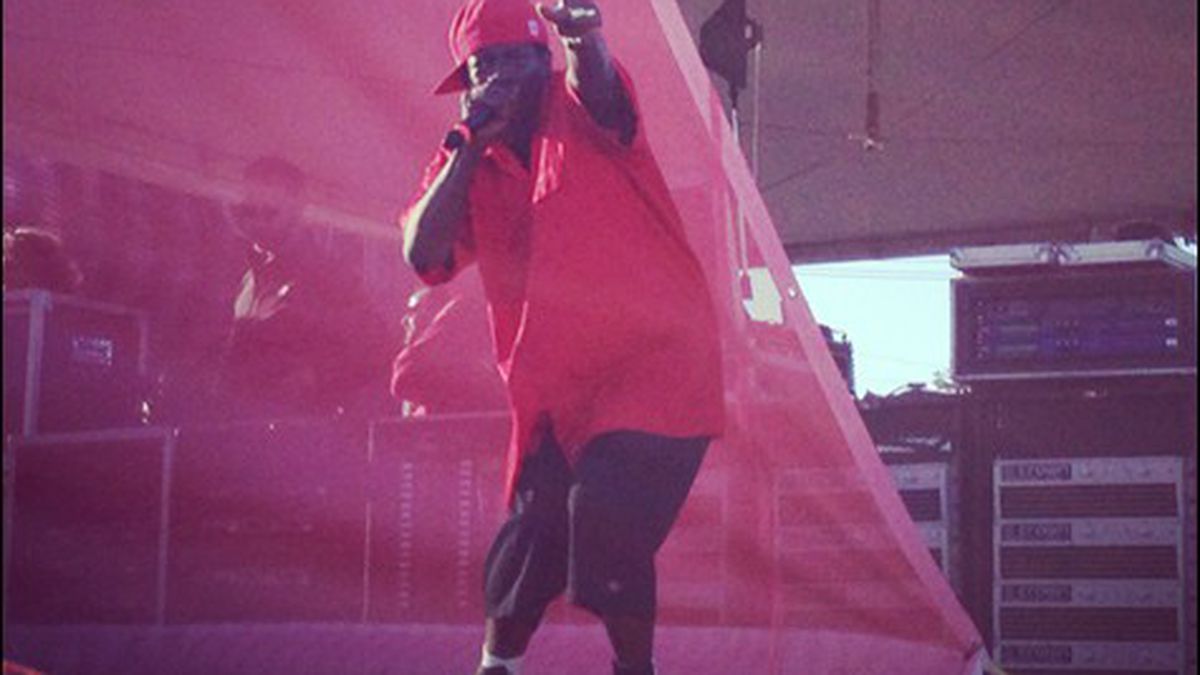 Here's the best of what we heard this year.

It’s been a great year for live music, from local acts to performances by artists who rarely make it to the West Coast. And unlike a decade ago — the year I saw David Bowie, Lou Reed, and Iggy Pop in the blurry oblivion of my drunken youth — I stayed sober enough to take notes and share my experiences with you.

The Sea of Dreams New Year’s Eve parties have grown too polite over the years — the demographic has become older and tamer as ticket prices have increased and organizers have tried to please too many people: hippies, ravers, artists who sell ugly psychedelic prints depicting their ayawaska experience. Claude VonStroke saved the evening by delivering a banging set of sexy, minimal house. VonStroke is swift and intuitive on the decks, never lingering too long on one beat, always watching the crowd to know when and how to transition the tempo. The San Francisco-based DJ and Dirtybird label founder outperformed everyone that night, including Amon Tobin and his intense ISAM light show.

Starting in 2001, the reclusive, shy Jeff Mangum took a seven-year break from playing songs he wrote while fronting the seminal indie-rock band Neutral Milk Hotel, perhaps knowing the emotional unraveling his music elicits in fans. What I didn’t expect when I walked into The Fox Theater the night of Mangum’s show was that I’d turn into one of those hysterically crying, singing-every-word-between-sobs fans.

Neutral Milk Hotel only made two studio albums in the late Nineties, On Avery Island and In the Aeroplane Over the Sea, and it had been years since I heard them. Mangum brought to the stage his bellowing, nasal voice and acoustic guitar, plus a few members of Elf Power and The Gerbils (two bands who were part of the Elephant 6 Collective that Mangum co-founded). The intimate staging, the fact that Mangum asked the audience to sing along to a few songs, the sadness and frailty of his voice as it mixed with ours, and my own memories associated with the songs moved me to tears that eventually erupted in those gasps of breath you take to try and calm yourself down, but which end up making you sound like you’re hyperventilating. My date — unfamiliar with Mangum’s music — was really freaked out.

Talk about anticipation: The Britpop band Pulp had not played San Francisco since 1996 when it returned this year, hitting the West Coast to play Coachella. The San Francisco show sold out within minutes, and, ticketless, I’d accepted defeat — until one of my friends texted me from Pulp’s New York City show at Radio City Music Hall: “You need to see this,” she wrote. The next day, I took my fangirl pleas to Craigslist, found a ticket at face value, and pushed my way toward the front of The Warfield wearing a tweed pencil skirt from the days when Pulp’s cynical, twee songs haunted my every awkward sexual encounter. My expectations were low. After all, bands grow tired, stop touring, then hit the road again when they need the money, usually carrying the same boredom that drove them away from the stage in the first place. But this didn’t feel like an exercise in nostalgia or easy money. The show opened with the letters “P-U-L-P” aglow on the stage and a voice begging for applause over the speakers: We clapped, we cheered, we swooned, and Pulp walked on stage devouring it like a band playing its first gig. The lanky, smirking, consummate frontman Jarvis Cocker had the virility of a teenage boy, gyrating and joking and making each member of the audience feel like the only person in the theater. As he managed the banter, the rest of the band — including all its original members — tuned their instruments and turned to one another as they played songs new and old with equal zeal, even the hits “Common People” and “Disco 2000” from the 1995 album Different Class. It felt like the show was as important to Pulp as it was to the audience.

If Le Vice’s live show can be described in one word, it’s “kinetic.” When the local outfit opened for THEESatisfaction at The Independent, frontwoman Alex Lee stalked the stage with the confidence of a woman about to win a dice game, singing and rapping in the style of Lauryn Hill, backed by funky bass lines, loud 808 drum kicks, a little So Cal ska, hipster post-punk, and hip-hop reggae fusion. “Is it … rap rock?” my friend asked, a frightened tone in her voice, but a few songs in, the meager crowd stopped looking puzzled and started dancing like they had come to see Le Vice.

Spiritualized, The Fillmore, May 23

The comics author Alan Moore is known to rant about art being a form of magic, and in the case of Spiritualized’s live show, he’d be right. While Jason Pierce (aka J. Spaceman) kind of seems like an egomaniac (you’d have to be to name yourself “J. Spaceman”), his presence, darkness, and grace bring introspection and intensity to what would otherwise be typical shoegaze-y, psych-rock. The air in The Fillmore changed when Pierce walked on stage, clad in a white suit, and began singing into two mics, never speaking a word during the entire set as if to not break the spell he was casting upon us. The droning, whizzing rock built slowly into a dense wall of sound, while expertly crafted explosions of light and color swirled on stage and in the dumbstruck crowd. It was all so mesmerizing that it wasn’t until long after the show that I awoke from it — a dream that could only come from the mind of J. Spaceman.

If Public Enemy was not insulted that it didn’t headline the Treasure Island Music Festival, which Flavor Flav hinted at as he kept talking about having too little time on stage, I was insulted for the legendary New York City hip-hop supergroup. Public Enemy delivered a headliner set, grabbing the fists of the crowd and forcing them in the air from the moment it took the stage. In between the hits, including “Don’t Believe the Hype” and “Fight the Power,” plus new tracks off its latest album The Evil Empire of Everything, Flavor Flav and Chuck D preached the words few modern acts take the time to say: Be yourself, fight for your personal freedom, and don’t trust the government.

There were three people paying attention to James Whiton play his double bass onstage at Cafe Van Kleef, and I was lucky enough to be one of them, sipping a greyhound and watching Whiton’s winced, solemn expression mirror the face of the genie bust that glowers from a shelf above the stage. The other people watching him play, two guys at a table behind me, yelled out requests: “Play some Coltrane,” which Whiton did, followed by compositions by Charles Mingus and Miles Davis, but then he performed an avant-garde cover of Michael Jackson’s “Billie Jean” and Black Sabbath’s “Iron Man.” Whiton holds his bass like he’s taming a wild animal, whipping his bow against the strings, viciously plucking them, even using its wooden body as a drum, but other times he gently pets it in delicate strokes, allowing softness to emit from its bones. While waiting in line for the restroom, I struck up a conversation with one of the two obnoxious guys at the other table, commenting on Whiton’s artistry, to which he replied, “Yeah, he’s pretty good.” His jaw dropped when I replied that the man onstage was the bassist for Tom Waits.