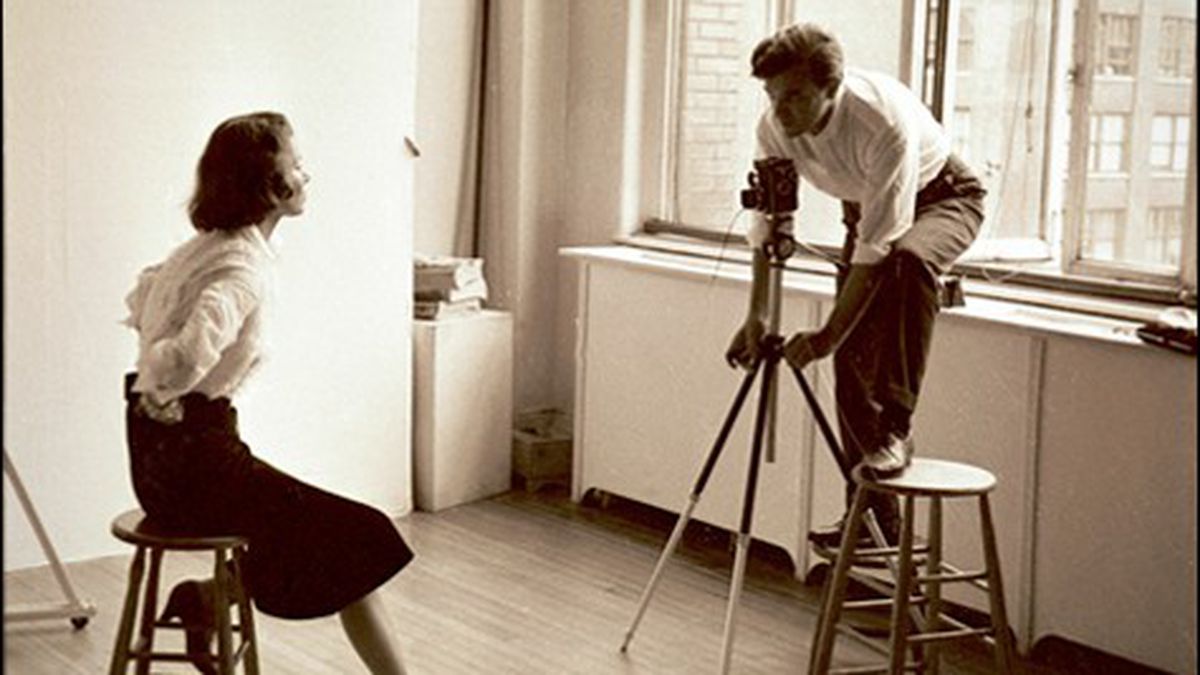 Mad about the girls.

It’s understandable why the makers of Bert Stern: Original Mad Man might invoke Matthew Weiner’s hit cable TV series in its title. Who wouldn’t want to identify with a winner? But the real Bert Stern was not strictly a creature of the ad agencies. He didn’t hustle breakfast-cereal accounts or sleep with important clients or drive colleagues to hang themselves in their offices — even though from the evidence of Shannah Laumeister’s subjective, worshipful documentary, he was capable of all that.

Bert Stern is first and foremost a photographer, by many accounts one of the most influential commercial glamour fotogs of the past century. His masterwork, the one everyone associates with his name, is the notorious “Last Sitting” series of candid portraits he took of Marilyn Monroe for Vogue. The pics, shot at Los Angeles’ Hotel Bel-Air in 1962 a few weeks before the screen goddess’ death, are renowned not only for their eroticism but — in the hindsight of the public imagination — for revealing the naked, tortured soul underneath the gauzy scarves. When Stern asked Monroe to sort through the photos, she marked the shots she disliked with a bold orange X. He used them anyway.

Stern has a thing for beautiful females. From his days ogling Japanese women as a GI in Tokyo; through the “Creative Revolution” period of print advertising in the early Sixties; to his Sue Lyon-with-lollipop movie-poster shots for Stanley Kubrick’s Lolita; to his iconic portraits of Elizabeth Taylor, Jean Shrimpton, Brigitte Bardot, Shirley MacLaine, Audrey Hepburn, Catherine Deneuve, Scarlett Johannson, et al., his lensing reflects his lust for his subjects, something he readily admits. “Women are everything,” sighs Stern. But he tends to minimize his role in the objectification process: “I don’t think about it, I just do it. I don’t take a picture. I just push the button.”

The horny-satyr approach to celebrity and fashion photography is nothing new. It entered the popular mythology long before Don Draper came along. But there’s something cold and a little predatory about the way Stern catalogs his kills. His personal life is littered with girlfriends brandishing knives, “the twins,” his ballet-dancer wife Allegra Kent, and various dangerous drugs, as well as the thirteen-year-old model who went on to write and direct this movie. Ms. Laumeister herself seems to take proprietary pride in Stern’s wandering eye, but the libido clearly gets in the way of the story. (For the record, Stern admits he did not have sex with MM.)

Intriguing as it might be to view Stern’s prurient career as a precursor to today’s enshrinement of celebrity gossip as journalism, we would have appreciated a bit more on his role in shaping the modern concept of publicity. Stern’s photo “Smirnoff, Great Pyramid of Giza, 1955,” for that vodka brand’s “Driest of the Dry” ad campaign, opened the doors to the “conceptual photography” that now shines down on us endlessly. He was the king of the Sixties, in the estimation of no less than publisher Benedikt Taschen and adman Jerry Della Femina. One admirer claims that “[Irving] Penn, [Richard] Avedon, and Stern” were the Big Three. He took pictures of almost as many famous men as women, among them Marcello Mastroianni, Louis Armstrong, Buster Keaton, and Richard Burton. He also co-directed Jazz on a Summer’s Day, a highly worthwhile music doc about the 1958 Newport Jazz Festival.

Stern’s enthusiasm for methamphetamines segued nicely into The Pill Book (1982), his high-concept amplification of the Physicians’ Desk Reference, every drughead’s guide to the world of uppers, downers, and in-betweeners. Stern notes that even before he had the idea to do the straightforward product shots of the pills in the book, the PDR was always the most stolen volume in any library. He turned it into a bestseller.

But in the end it’s sex that moves the product. In a 2008 spread for New York magazine, Stern reprised “The Last Sitting” with Lindsay Lohan in MM’s famous poses. Lohan does a remarkably good impersonation and the artist gives her the proper setting, but what does it prove? All the while the photographer is confessing his conquests, his “muse,” Ms. Laumeister, hovers half out of frame, prompting him with obvious affection. This fleetingly entertaining profile needs someone tougher to grab hold of the 83-year-old Stern and his times, someone willing to pass the witness through the pinhole, to stare back at him through the lens, eyeball to eyeball. In other words, to ask questions.