The city has brushed aside numerous labor complaints against a city contractor — and has now revised its policy in a way that benefits employers and shortchanges low-wage workers. 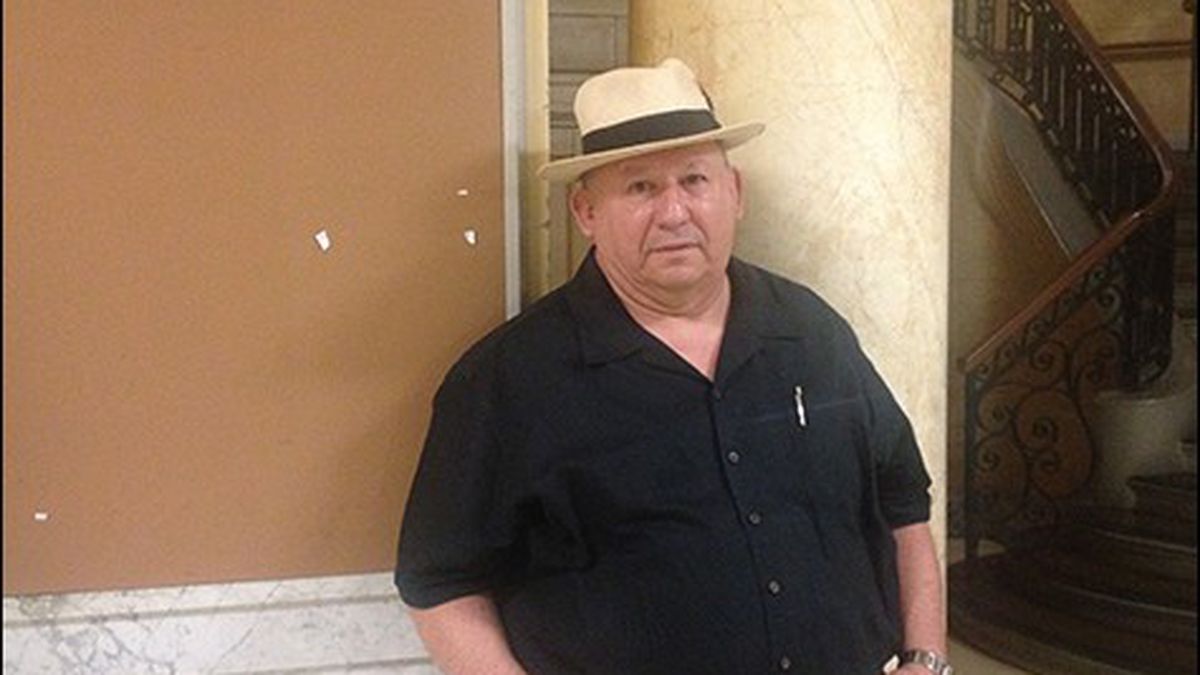 Since 2000, businesses that have contracts with the City of Berkeley have been subject to a living wage ordinance that establishes minimum standards of pay and employee health benefits for employees. The intent is simple: to ensure that city contractors pay their workers wages that can support a family at or above the poverty level. In 2012, for the first time since the living wage law was enacted, an employee of a city contractor filed a complaint with the city, alleging violations of the ordinance. The alleged offender was LAZ Parking, a private company that manages three city-owned garages, and the complaint, from former employee Julio Castro, only came to light earlier this year when the city council began discussions about expanding LAZ’s contract.

According to Castro, the company had underpaid him and other employees in violation of the law, and despite his persistent complaints to the city, officials did little to help him. His struggle exposed Berkeley’s lack of an effective living wage enforcement mechanism. When I first reported on Castro’s story (see “The Failure of Berkeley’s Living Wage Law,” 4/23) city spokesperson Matthai Chakko declined to comment, saying a report would be sent to the city council, detailing an investigation into LAZ Parking. The city finally produced the report last month, and the document, according to a number of labor advocates, reveals just how deeply flawed the city’s living wage policy and enforcement system really are. For starters, the city’s report sides with LAZ Parking in Castro’s dispute, despite significant evidence that the company underpaid him, and notwithstanding a state ruling last year in Castro’s favor. What’s more, the city has used its report as an opportunity to reinterpret a critical part of the living wage law in a manner that benefits contractors and hurts low-wage workers.

“The living wage ordinance was made to help employees,” said Castro, a sixty-year-old Concord resident and former LAZ Parking cashier. “It’s the city’s job to make sure things are done right.”

Castro’s case — and the city’s new interpretation of the living wage law — center on the health care contribution requirements laid out in the ordinance. At current rates, employers must pay an hourly wage of $13.71 plus a medical benefit equivalent to at least $2.28 per hour. If an employer does not provide an employee with the medical benefit, then it must pay the additional $2.28, meaning an hourly wage of $15.99, according to the law.

LAZ Parking, as Castro outlined in formal allegations in 2012, paid him the lower rate, which was $12.76 per hour when he started working for the company in July 2011. But LAZ did not pay for his health benefits. That’s because the package LAZ offered, Castro said, would have been significantly more expensive for him than his insurance plan with Contra Costa County (the Contra Costa Health Plan). That meant that LAZ, according to his complaints, was obligated to pay him the higher rate — at that time, $14.88 per hour. After discussions with his managers and multiple city officials got him nowhere, Castro filed a complaint with the state labor commissioner’s office in 2012. And in 2013, the state issued a ruling in his favor, declaring that LAZ had violated Berkeley’s living wage law and should have paid the higher rate, amounting to a total of $2,245 in back wages. LAZ has since paid Castro this amount.

But in the city’s recent report on LAZ, Berkeley City Manager Christine Daniel wrote that the state’s decision in support of Castro was “incorrect” and contrary to the living wage ordinance. Because LAZ had offered Castro health care benefits, the company was allowed to pay him the lower $12.76 rate, Daniel wrote. And to ensure that employees understand this in the future, the report continued, the city has revised its living wage website to include this statement: “If an employer pays for health coverage and an employee elects not to receive coverage, the employer is permitted to pay the lower hourly rate.”

Because this is a new statement on the website — and one that is nowhere to be found in the actual ordinance — the revision has alarmed labor advocates who argue that the city is not only endorsing LAZ’s decision to underpay employees, but is going a step further and establishing this practice as acceptable policy. “It essentially eviscerates the law,” said Carole Vigne, director of the wage protection program of the Legal Aid Society-Employment Law Center. “This new interpretation … feels like a tremendous loophole.”

Vigne is one of several Employment Law Center attorneys who have represented Castro in the course of his multi-year fight against LAZ. The labor commissioner’s office also ruled last year that the company also owed Castro $939.24 for denying him rest breaks, a violation separate from the living wage concerns. Castro has further alleged retaliation, because LAZ terminated him in 2012 after he complained about the living wage violations; a decision in this separate retaliation case is pending, after labor hearings concluded last month.

In its 2013 ruling on Castro’s living wage complaint, the California labor commissioner’s office noted that when employers don’t provide medical benefits, there is a “clear directive” in the Berkeley living wage ordinance that employers “shall” pay the higher rate: “There is nothing in the Ordinance that allows an employee entitled to its benefits to waive his right to those benefits,” the state hearing officer wrote.

Vigne, too, argued that, regardless of the city’s elaborations on its website, the enforceable language of the ordinance says employers must “provide” medical benefits or the higher wage: “Provide means to give, it doesn’t just mean to offer,” she said. Vigne also shared with me printouts of older versions of Berkeley’s living wage web pages, pointing out that, even in the city’s detailed FAQ section on the law, “there was no suggestion anywhere on their website that this is how the living wage ordinance was intended to be interpreted.”

It’s unclear why exactly the city is taking a position that shortchanges low-wage workers. In her report, Daniel cited a September 2000 city memo on the living wage ordinance that said employers could pay the lower hourly rate when employees decline an offer of health coverage. But Vigne sent me a June 2000 memo from the Berkeley commission on labor that emphasized that one of the objectives of the living wage law was to help employees access “reasonable health insurance.” And regardless of the debates around interpretation, living wage laws should not prevent low-wage workers from buying a health-care plan that is cheaper than the one offered by the employer, said Gina Gemello, an Employment Law Center project attorney who has also represented Castro. “If an employee can get insurance coverage for half of what the employer offers, then why would the city stand against them?” said Castro.

Berkeley City Councilmember Jesse Arreguín — who has been in contact with Castro for years and has repeatedly asked the city to address complaints against LAZ — said he also disagrees with the city’s new interpretation of the law and plans to introduce legislation later this year that would revise the ordinance to make clear that contractors must provide health care or pay the higher wage. “If an employee is able to get health care at a much cheaper rate, the employer should help contribute to that,” he said, adding, “I was very surprised when the city took a position trying to disprove the state. … The law was intended to favor the worker, not management.”

In response to Daniel’s report, Arreguín issued a memo last week questioning why the city has been so slow to respond to complaints about LAZ and why its report ignores Castro’s allegations of retaliation entirely. The living wage law explicitly prohibits retaliation and discrimination against a person who reports a violation, meaning the city’s enforcement of the law and investigation into LAZ should have addressed concerns of retaliation. Arreguín’s memo also questioned whether the city has followed up on a complaint from another former LAZ employee, Chauncy Taylor, who, like Castro, said she was paid the lower rate and did not receive health benefits.

Though Taylor outlined her situation in great detail to Arreguín’s office — which forwarded the claims to the city manager more than a year ago — Taylor has not received any back wages and it’s unclear if the city has done any investigation into her case. Taylor said in an interview that no city official other than Arreguín’s office has ever contacted her about her claims. Further, Taylor said LAZ never even offered her health benefits in the first place because she was technically a part-time employee. That means that, even with the city’s new interpretation of the law, she could have a strong case. And her situation is a clear illustration of the impacts of a flawed living wage law: When she worked for LAZ, she was uninsured.

“It would really help if they could come through,” said Taylor, noting that her landlord just raised her rent and that she continues to struggle to make ends meet. “I am praying and hoping that they come around. At this point, I’d be okay if they just gave me half. Times are so hard.”

Chakko declined to answer any questions about LAZ Parking or the living wage law, saying the city plans to issue a response to Arreguín’s memo. LAZ representatives did not respond to multiple requests for comment.