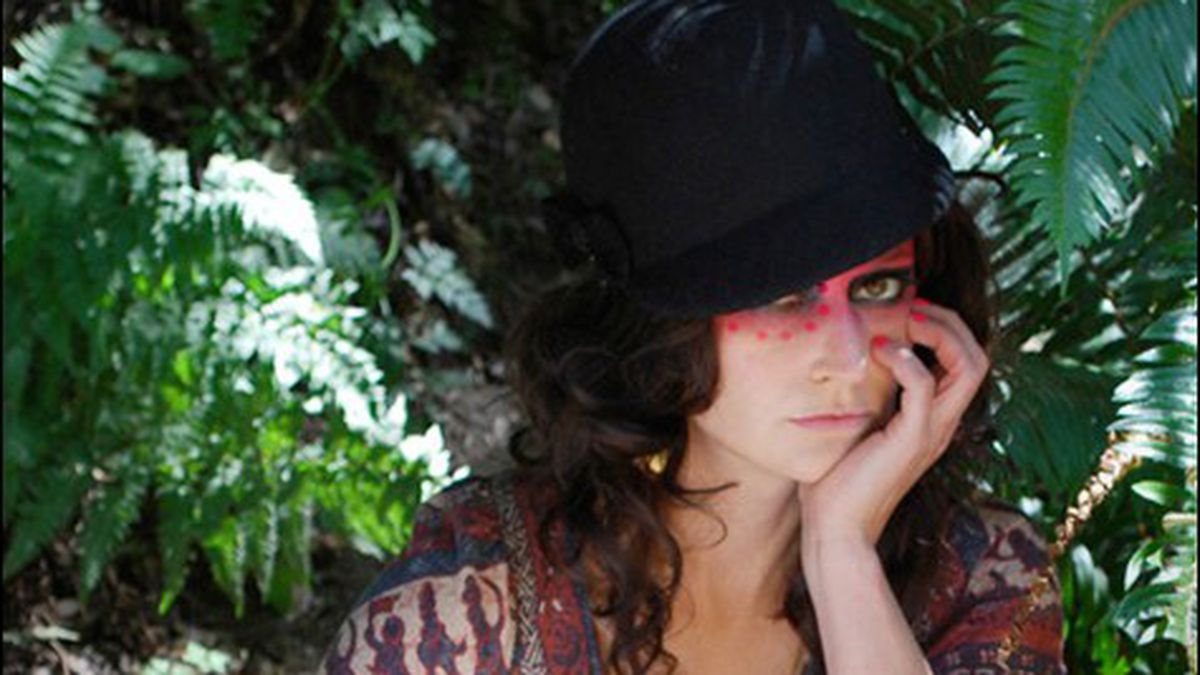 Perhaps we should’ve known all along that Lisa Light would do something unexpected with El Elle, her next act after the well-loved, now-defunct Lovemakers. After all, this is the woman who followed up a degree in biology from Stanford with a stint in the circus and a turn as a minor rock star.

To be fair, the way Light tells it now, it was a more natural progression than it sounds. Though she’d grown up playing classical violin and always had an innate — if amateur — knack for music, Light was also a good student with a head for science. So when she headed out west for college, biology was an obvious choice. But when she found herself bored at her postgrad job in a lab and the circus came calling for a violinist, joining was an equally obvious choice. After that pipettes seemed a whole lot less interesting; fortunately, she then met future bandmate and boyfriend Scott Blonde, with whom she began playing in Applesaucer before the two split off to form their own group, The Lovemakers.

And for awhile, things were good. Local audiences glommed onto the band’s electropop sound, and their live show soon became legendary for Light and Blonde’s obvious sexual chemistry, even after they broke up. They released one album — 2005’s Times of Romance — with a major label, Interscope, before leaving to join the local start-up Fuzz, where they released another full-length. They headlined Live 105’s BFD, embarked on a national tour, and had a Billboard dance single in “Prepare for the Fight.” They were most certainly on the cusp of something big, and then, suddenly, they weren’t. “It was sort of a long-brewing problem, and then it exploded in a fiery disaster,” Light recalled, without offering any other specifics. The Lovemakers played their last show on New Year’s Eve, 2009.

It’s clear the band’s breakup was hard on her, but these days, Light is circumspect. “It was just time for it not to be happening anymore,” she said. “I was so in love with playing music and so loyal to the band that I didn’t realize how much I wanted to stop doing it until I did actually stop.” For a group like The Lovemakers, circa 2008 or 2009 — successful enough to be expected some degree of professionalism, but not quite successful enough to be able to outsource it — the business of being a band soon came to eclipse anything else. “Because we had some success, it started to feel like, ‘Is it my job to be on Facebook? Should I be networking right now?’ And I didn’t realize until later how stressed out I was.”

And ultimately, the split afforded Light the time and space she needed to pursue music in a new way and on her own terms, in the form of El Elle. The germ of the project came in early 2010 and the afterglow of the breakup, when Light said she found herself meditating a lot, writing “like crazy,” and thinking about what her dream musical endeavor would look and feel like. She’d always been fascinated by the visual side of music, so she began with an aesthetic concept, which she describes, aptly, as a sort of Bauhaus-psychedelic look. And from there, El Elle began coming together, if slowly and sort of backwards: After she’d settled on a look, Light began writing music and choreographing dances, even though she wouldn’t find the actual dancers for awhile (and still doesn’t have a regular drummer). El Elle’s self-titled debut album was released independently in May.

Musically and aesthetically, El Elle has a lot in common with its forebear, but it’s clearly its own project. Like The Lovemakers, it’s overwhelmingly electropop-oriented, and also like The Lovemakers, it adopts a dancey, sexy aesthetic (though one that’s more in line with cheeky irony than video-ho tropes — think American Apparel, not Apple Bottoms). But while The Lovemakers worked to hit the sweet spot between dance, pop, and rock, El Elle is dance, period. The album’s standout track, “Euro Girls,” is a club anthem in the making, with its soaring bridge and driving beat; “Astral Plane” is all shimmery synths and sped-up beats (its accompanying video, shot on a strobe-lit trampoline, is so hyperactive it’s hard to watch; online, it comes with an epilepsy warning). Without male vocals, the whole album feels noticeably lighter, and it’s faster and less bass-heavy than The Lovemakers. It’s also much more experimental-feeling: Some songs veer close to psychedelic and drone; the video for “Heartbeat,” the album’s lead single, is unabashedly weird, with trippy effects and loud geometric patterns and colors swirling around the screen (Light said it’s an homage to Bauhaus).

Altogether, Light views the new project less like a linear progression from The Lovemakers and more like a palimpsest. “It’s a journey,” she said. “And I still don’t fully know what it’s going to be.” El Elle is inchoate, and it’s constantly changing, and it’s a little confusing to some people, but that’s okay with Light. She’s got some financial security in her job as a server and bartender at Oliveto, and without a regular band, she knows that at any point, if El Elle stops making her happy, she can quit. Most importantly, she’s doing it entirely for herself and on her own terms. “Being in The Lovemakers kind of drained my joy. Now, I’m back to the joy of playing music,” she said. “And I would say that the response [to El Elle] has been amazing, and I think that people who like it understand it. But honestly, I just don’t care anymore about what it’s supposed to be.” She’s trying to approach it with an open mind and a willingness to take risks. “The only rule I’ve made is, ‘Are you scared to do that? Then do it,'” she said.

Indeed, there’s a distinct fearlessness to the whole project — fearless like having nothing left to prove, or like ditching a science career for the circus or leaving a band in the thick of its ascendancy. It’s what’s allowed her to come out with an arty dance outfit in a moment when it seems like every new band in the Bay Area is some variation on garage rock, and what gave her the self-confidence it takes to pimp a new album with its weirdest video, just because she likes it. In other words, it’s what’s allowed her to become El Elle.