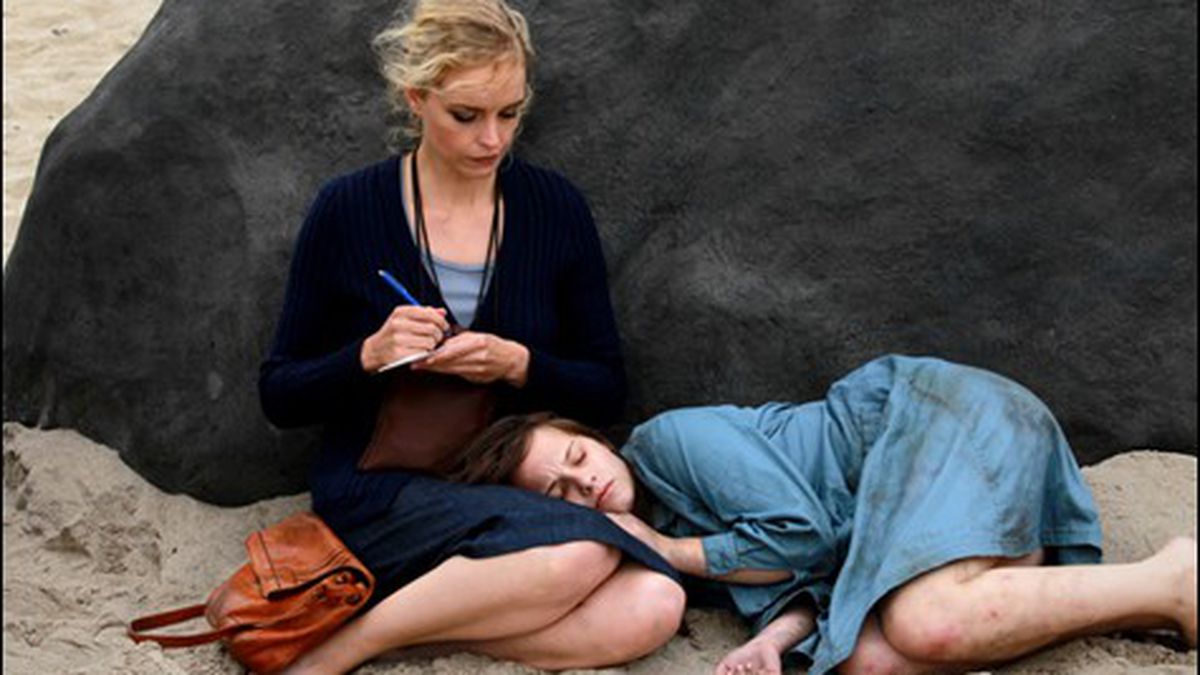 American art-film audiences rarely get a narrative glimpse into the former East Germany. But on the strength of Florian Henckel von Donnersmarck’s The Lives of Others (2006) and now Christian Petzold’s Barbara, the old German Democratic Republic in retrospect seems a fertile field for gripping interpersonal dramas.

In Barbara, that grip belongs to Nina Hoss, who plays the title character, a doctor suspected of disloyalty to the communist GDR government. As the film opens in 1980, Dr. Barbara Wolff has just been reassigned, exiled really, from Berlin to a pediatric hospital in a sleepy northern town on the Baltic coast near Rostock. The reason for her banishment is that she applied for an exit visa — a political transgression that automatically triggers surveillance by the Stasi, the government secret police. In her present state of mind every single person in the town, from the snoopy landlady to colleagues at work, seems to be watching her every move.

Thanks to writers like John le Carré and Tom Clancy, East Germany remains in the popular Western imagination the playground of spies. They practically drop from the trees. And as director/co-writer Petzold introduces us to Barbara and her carefully proscribed existence — Petzold wrote the screenplay with frequent collaborator Harun Farocki — he shows us her surroundings with her eyes, as a hushed, apprehensive twilight-land primed to explode at the slightest provocation. It’s there in her face, and even Andre Reiser (played by Ronald Zehrfeld), a friendly doctor at the clinic, pulls up short in his efforts to get to know the new physician. For all we know, Andre could be a Stasi agent himself, assigned to trap the budding dissident. But we hope not. The mood is already suffocating enough and the story needs somewhere to go.

It does, at the pace of Barbara’s walking-on-eggshells life. If you’re looking for a frantic espionage adventure with car chases and ten different global locations, better Google “Liam Neeson new movie.” Barbara’s predicament is the type that eats away at a person gradually. There’s a payoff, but it’ll never fit into a montage of action highlights. Soon after Barbara arrives at the hospital, she treats Stella (Jasna Fritzi Bauer), a teenage girl who may have developed meningitis in the first months of an unplanned pregnancy. Stella is something of a local nuisance — perhaps due to her unhappy home life — but Barbara bonds with her, one outcast to another. The rapprochement with nice guy Andre will take a little longer. And some relationships, like the one with Klaus the police official (Rainer Bock), are doomed from the start.

“Barbara” Official US Trailer, directed by Christian Petzold from Adopt Films on Vimeo.

Actress Hoss, who played an even more distressed character in the WWII melodrama A Woman in Berlin (2008), has the power to convey deep thought processes and emotions with the barest of facial expressions. From the moment we meet Barbara we become vitally concerned with her welfare, even though her escape plan is only brought out in small glimmers. Barbara’s life is on hold until she can emigrate, and that means clamming up and taking action rather than speechifying. It’s impossible to take our eyes off Ms. Hoss.

The same goes for filmmaker Petzold, who directed Ms. Hoss in Yella (2007), another drama about a woman negotiating difficult new situations. The calm yet vaguely sinister mood perfectly suits the talents of Hoss and her supporting players. Barbara’s scene with Andre, discussing Rembrandt’s “Anatomy Lesson,” is a case in point — the painting’s subjects seem to be highly aware they’re being watched, an apparent metaphor for the oppressive totalitarian atmosphere both doctors are trying to deal with. Communist East Germany eventually reunited with the capitalist West in 1990 after the fall of the Berlin Wall, but stories of characters like Barbara continue to have meaning, even in a “free” society.

Faxploitation: I Hooked Up a Trader Joe’s — Vote for Me!