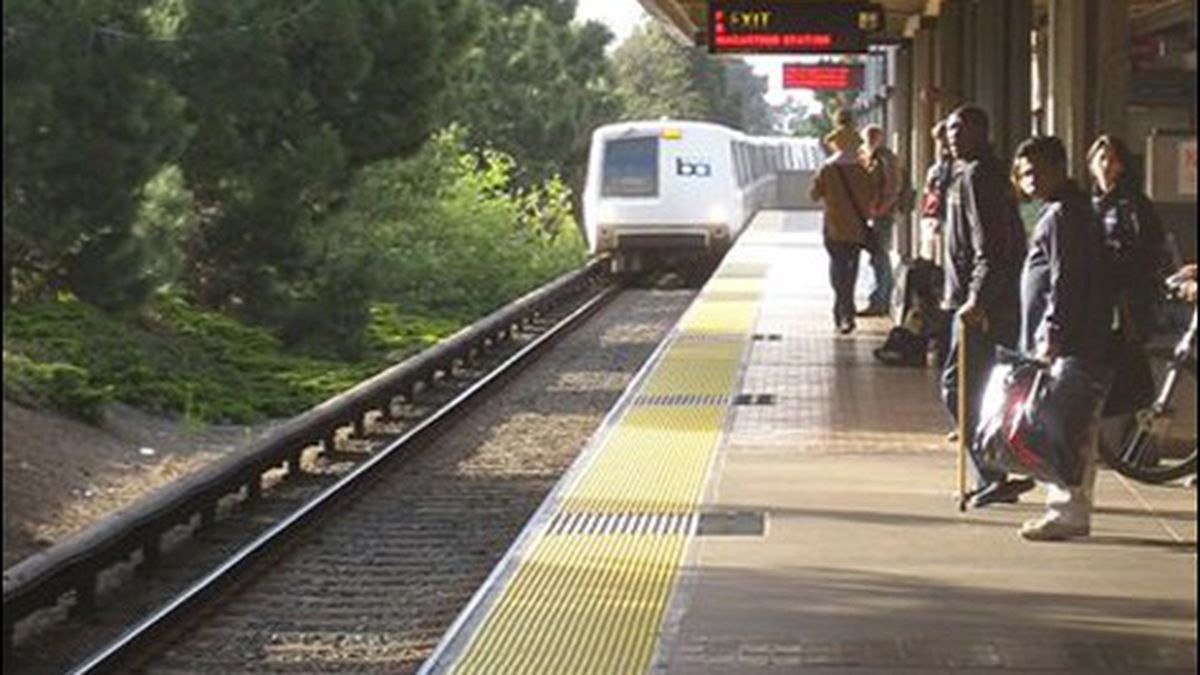 Banning Transit Strikes Is a Bad Idea for Democrats

Any move that weakens labor in the era of Citizens United plays right into the hands of the GOP. Plus, the fatal BART crash provided strong evidence that the unions were right.

As the BART labor dispute intensified last weekend, the Bay Area News Group reported that calls for a ban on transit strikes were picking up steam. East Bay state Senator Mark DeSaulnier, a prominent Democrat in California politics, said he was considering legislation that would prohibit transit strikes and replace them with binding arbitration. And Steve Glazer, an Orinda councilman and political consultant to Governor Jerry Brown, is mounting a campaign for the Assembly on the issue of banning transit strikes. It’s possible that the settlement of the BART labor dispute earlier this week will quell the calls for transit strike bans. And if that happens, let’s hope it continues, because outlawing transit strikes is a bad idea for Democrats.

That’s especially true in the era of Citizens United. The 2010 US Supreme Court decision opened the floodgates for corporate cash in politics. And much of that money has flowed toward the Republican Party ever since. The billionaire ultra-conservative Koch Brothers have the led the way, pumping hundreds of millions of dollars into the Tea Party as well as efforts to defeat President Obama and the Democratic Party. As a result, unions are now more important than ever for Democrats. And any attempts to weaken the influence of labor in California or the nation plays right into the hands of the GOP.

It should come as no surprise that besides Glazer and DeSaulnier, Republicans in the California legislature have been the leading advocates for banning transit strikes in the state. The GOP knows full well how important labor is to the Democrats. After all, unions not only help bankroll Democratic candidates, but they also provide much-needed ground support for campaigns — operating phone banks, knocking on doors, and leading get-out-the-vote efforts on Election Day.

Smart Democrats know this, too. It’s probably why Governor Brown and state Democratic Senate Leader Darrell Steinberg sounded cool to the idea of outlawing transit strikes. They know that organized labor would not take kindly to any sort of strike ban. The reason is simple: Strikes are the most important tool in any union’s arsenal. In fact, without strikes — or the threat of them — it’s safe to say that labor would have made no progress in improving working conditions for middle-class Americans during the past century.

Moreover, as key components of the Democratic Party, labor unions help spread the progressive agenda and keep it viable. Without unions — or with a weakened labor movement — Democrats would have a much tougher time pushing for fair tax rates, environmental protections, civil rights, and better educational opportunities for middle- and low-income students, while maintaining the social safety net at the same time. It’s no secret that Brown’s tax measure — Proposition 30 — would not have passed last year without the huge support it received from organized labor.

Yet, to a certain extent, many progressive-minded people take unions for granted — or view them as being antiquated. But that’s a mistake. Yes, transit strikes are incredibly inconvenient. But in the big picture, they’re a relatively small price to pay for achieving what Democrats hold so dear.

The Unions Were Right

Last Saturday’s fatal, tragic BART crash, which killed two workers, provided strong evidence that union officials were right all along about two major aspects of the labor dispute: It takes considerable skill and training to be a BART train driver and that BART workers sometimes toil in dangerous conditions. Moreover, union members were right to warn before the most recent strike that BART managers should not attempt to drive trains in the event of a shutdown, because it’s too risky.

Federal investigators said Monday that a trainee was operating the train that struck and killed two workers who were inspecting the tracks between the Walnut Creek and Pleasant Hill stations. The Contra Costa Times reported that it was the sixth and seventh fatalities involving BART employees in the transit agency’s history.

Although it might be several days before federal investigators determine exactly what happened in the crash, it seems clear from what has been reported so far that some opponents of the BART unions were woefully wrong about key issues in this year’s labor dispute. For months, some critics of the BART unions contended that the transit agency’s workers are unskilled, overpaid, and undeserving of raises. Some even went so far as to suggest that BART workers who went on strike should be fired and replaced.

But Saturday’s fatalities revealed that such arguments were bogus — particularly when it comes to BART train drivers. The crash made it clear that train operators hold important jobs that require training and skill. After all, the agency’s drivers hold the lives of hundreds of thousands of people in their hands each day. And this fact should been obvious all along.

Indeed, over the years, BART drivers have put together an impressive safety record. BART train accidents are extremely rare. And this reality “isn’t based on luck, but the experience and skill of its workforce,” Patricia Schuchardt, a BART employee and member of AFSCME — one of the unions that did not strike — wrote in an op-ed last month in the CoCo Times.

In addition, Saturday’s crash provided strong evidence that attempts by BART management to unilaterally alter employee work schedules — particularly for train operators and communications employees — were wrongheaded. In fact, the unions repeatedly warned before the crash about the safety issues related to changing such rules.

Beyond Cap-and-Trade: Many Environmentalists Say California Will Improve Climate Policy If...