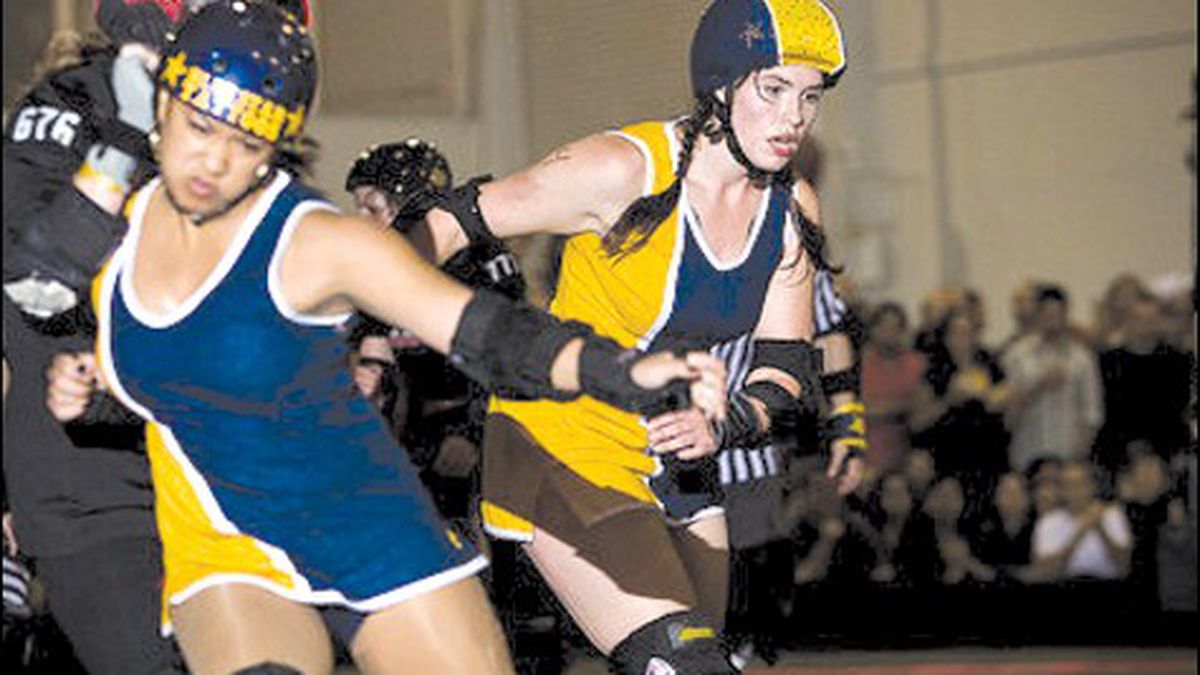 The Richmond Wrecking Belles and the Oakland Outlaws duke it out in women's roller derby.

This week, the Raiders are playing the Rams, the 49ers are battling the Saints, the Bears, Giants and A’s are taking on various rivals, and countless amateur athletes will no doubt be taking advantage of the late-summer sun to duke it out in various ways all around the Bay. But the most riveting and rough-and-tumble sporting event in the Bay Area this weekend won’t be taking place at the Coliseum or Candlestick — instead it’ll be at Richmond’s Craneway Pavilion (1414 Harbour Way South, Richmond) on Saturday, September 18, as the Richmond Wrecking Belles and the Oakland Outlaws battle it out for the unofficial league title in women’s flat-track roller derby.

Both teams (as well as two others, the San Francisco ShEvil Dead and the All-Stars, an all-league team) belong to the Bay Area Derby (or B.A.D.) Girls, a nonprofit women’s league that has garnered a cult fan base since its inception in 2004. The league was founded as part of a larger national renaissance of all-female new-wave derby, a new breed of the game that, while still steeped in nostalgic theatricality, is hipper and harder-hitting than the cheesy TV spectator sport of the Sixties and Seventies.

The game itself is simple enough for first-timers to follow, but stimulating enough to keep veterans and casual sports fans alike entertained. Each bout consists of two thirty-minute periods, divided up into two-minute “jams,” which are pretty much exactly what they sound like — a frenzied and furious hundred and twenty seconds wherein each team’s designated “jammer,” or scorer, weaves through the line of players, attempting to pass the pack while essentially being body-checked by the other team’s blockers. As a spectator experience, it’s less like a baseball game and more like a wrestling match — physically brutal, intensely athletic, and loud as hell. Michelle Kirian, a coach and jammer for the Belles, said the Girls expect to draw between 1,000 to 3,000 people — mostly twenty- and thirtysomethings, though she said they do get some old-school derby fans. And at an event where five bucks gets you a beer, and a shot and the inter-league rivalry runs long and deep, the crowd can be expected to get rowdy.

Saturday’s matchup, aptly titled the “homecoming brawl,” is the first this season between the Belles and the Outlaws, who have been trading the championship title for the past three years and who Jen Atherton of the Outlaws said have a “huge interleague rivalry.” Going into Saturday’s game, the Belles are the favorite, although Atherton, a coach and captain whose derby nickname is Jane Hammer, is quick to emphasize that her Outlaws won’t be going down without a fight. She doesn’t mince words: “We want to completely destroy each other,” she said. “Tensions have been building for months. That energy is thick. It hangs over the venue like a dark cloud. It’s pretty amazing and ominous and fantastic.”

Kirian, who goes by the alias Astronaughty on the track and makes her living as an epidemiologist by day, concurred. “There’ll be some shit-talking going on.” See for yourself at 8 p.m., $10 in advance or $12 at the door (cash only). BayAreaDerbyGirls.com.