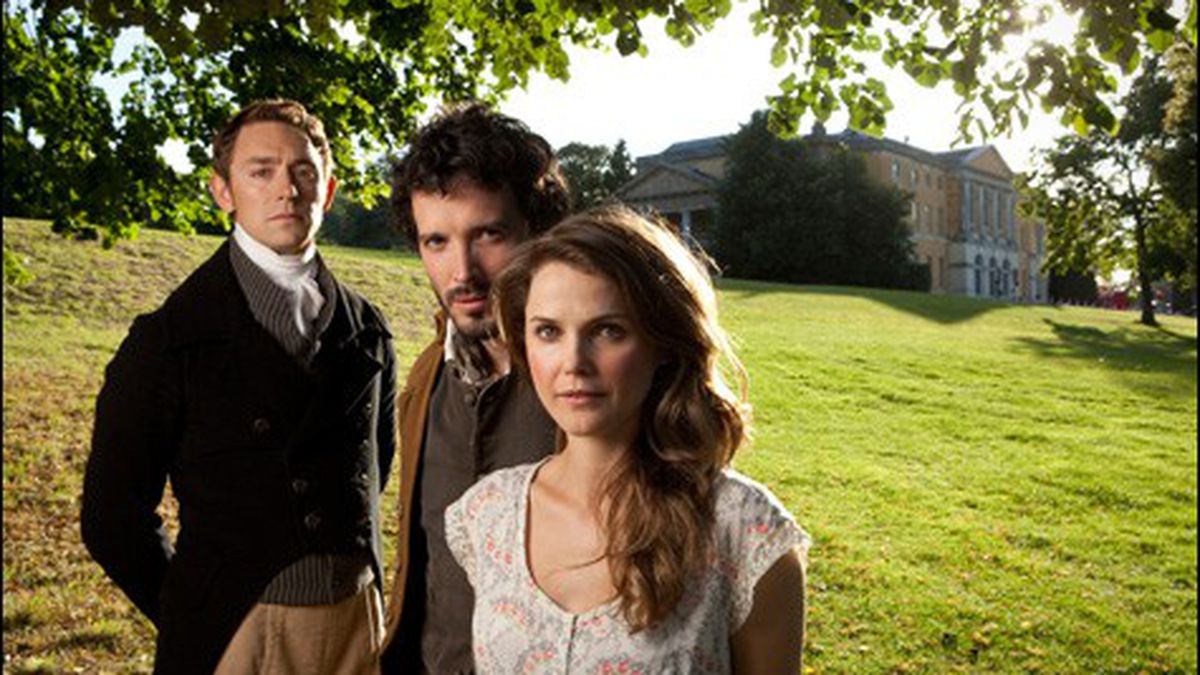 The perils of Miss Erstwhile.

A few years ago, in the aftermath of the Jane Austen/Merchant Ivory craze, Monty Python’s Eric Idle was reported to be working on a movie called The Remains of the Piano (subtitled by Idle “An Award-Seeking Film”). Sadly, it was never made. But the impulse still exists to poke fun at Austen adaptations and the extravagantly decorated period dramas of James Ivory and the late Ismail Merchant — the type of entertainment we like to call “coffee-table films.” The idea being that for every revoltingly twee action in the movie marketplace there is an equal and opposite reaction.

Case in point: Jerusha Hess’ Austenland. It’s such an irresistible Austen spoof because the filmmakers genuinely respect the 19th-century author’s novels and can relate to their devoted fans — yet obviously feel the phenomenon needs to have the air let out of it for its own good. The movie is adapted from a novel by Shannon Hale, who co-wrote the screenplay with director Hess, creator of the joyously absurd Napoleon Dynamite. So the assaultive spark is there.

Single, thirtyish career gal Jane Hayes (Keri Russell in high gear) is a genuine Austen fashion victim. Her apartment is filled with tea cozies, antique dolls, and other Regency clutter, and she has read each Austen book numerous times. Favorite character: Mr. Darcy from Pride and Prejudice. And yet somehow her destiny seems unfulfilled. She prefers the passionate dialogue in a Northanger Abbey video to the real thing offered by her non-mutton-chopped date. True life is never romantic enough to suit her. What Jane needs is the Life Changer Full-Immersive Jane Austen Experience.

She empties out her bank account, flies to England, and checks into a sort of summer camp for Austen addicts — in a stately country home, of course — where the paying guests are given names like Lady Amelia Heartwright and coyly matched, at various staged events, with handsome actors outfitted in riding breeches and Royal Navy uniforms, who flirt with them. The officious landlady, Mrs. Wattlesbrook (Jane Seymour), sees to the smallest detail, but something is lacking in our Jane’s account. Of the three women guests at the resort, she has opted for the cheapest “Copper Package” — it was all she could afford. Instead of the sumptuous bedrooms assigned to Miss Elizabeth Charming (hilarious Jennifer Coolidge) and Lady Heartwright (Georgia King), Jane is shunted off to a dismal servant’s room, given the name Miss Erstwhile, and generally treated like a poor relation. Further, she is barred from some of the activities due to her finances. So right away Jane finds herself living the true Austen life — or the Brontë version, more like it — on her fantasy vacation. Nevertheless she’s thrilled just to be there, at least for the moment.

Hess and her cast churn the rich satiric material for all it’s worth. Two hundred years after Sense and Sensibility, snobbery and superciliousness still exist, even at a literary fantasy resort where the only customers are Americans — two out of the three disastrously pretending to be British. The backstage off-duty antics of Mr. Nobley (JJ Feild), Martin the groundskeeper (Brett McKenzie), and the other hired role-players are every bit as funny as Miss Charming’s malaprops, and it all climaxes with the “theatrical” and the Grand Ball. The director and screenwriter obviously sympathize with the urge to escape into fantasy, and the need to find some satisfying laughs probing the meaning of that urge.

Speaking of which, the producer of Austenland is Stephenie Meyer, creator of the notorious Twilight gothic romance franchise. We’ve seen what fun sharp minds like Ms. Hess and Ms. Hale can have with 19th-century comedies of manners and their 21st-century fans. Now let’s see if Ms. Meyer has the guts to make fun of her meal ticket with a vampire-and-werewolf-romance parody. Or is such a thing even possible?