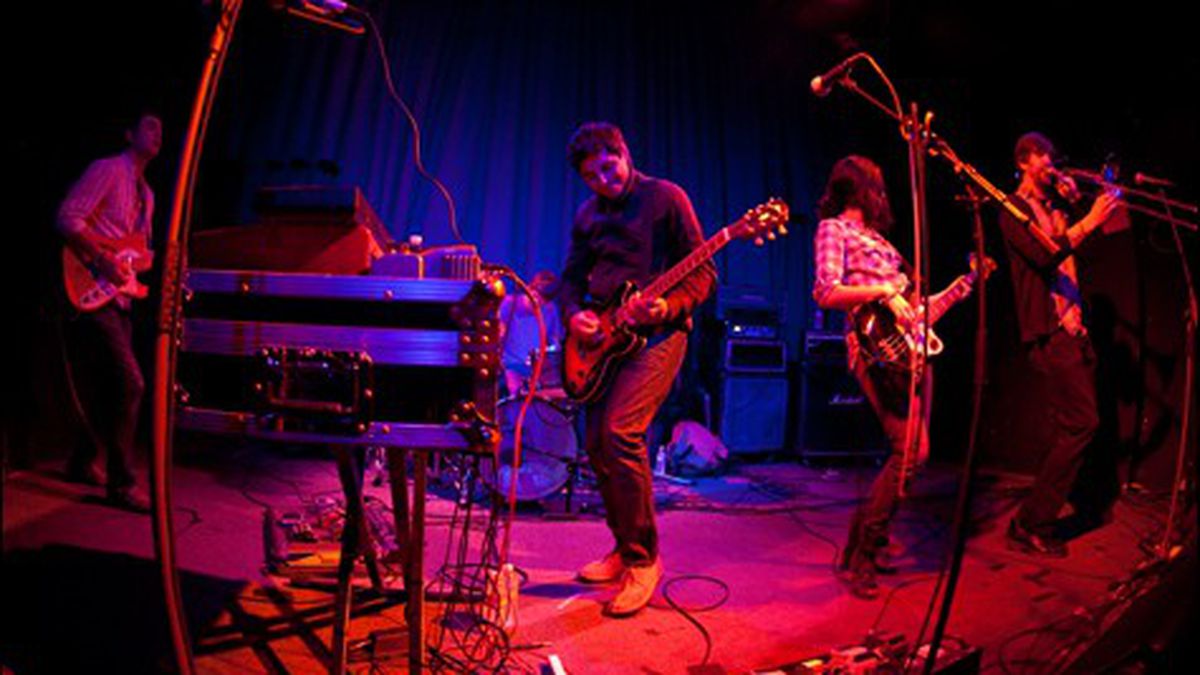 Audrye Sessions Not So Pure, But Still Explosive

Oakland’s Audrye Sessions has had a long two years. It signed a record deal with Black Seal in 2008, quickly released an EP and full-length debut, endlessly toured supporting bands like Manchester Orchestra and Fun, switched drummers, and on July 10, returned to The Uptown with a very different sound. At present, the band appears to have no label. The only real similarity between the Audrye Sessions of 2008 and the Audrye Sessions of today is the name, the three core members, and the chilling, explosive live performances that the band has become known for. Luckily for the crowd at the Uptown, the explosiveness survived.

Audrye Sessions is, and always has been, a band that wears its influences on its sleeve. Its self-titled debut had enough throwbacks to Nineties British rock that an unknowing listener might believe it came out in the same year as Radiohead‘s The Bends. Despite the exhausted style, Audrye Sessions garnered support because of exceptional rock sensibilities, lyrics, and singer Ryan Karazija‘s soaring falsetto. Those elements were largely abandoned in favor of an ethereal, melodic rock associated with acts like Sigur Rós, with hints of a more modern Radiohead thrown in. Karazija’s falsetto still soared, but instead of using it to climax huge rock anthems, he blended into the noisy soundscapes that rose and fell over Alicia Campbell‘s locked-in bass lines, and Michael Knox‘s innovative chord progressions. Echoing guitar lines (occasionally played with a cello bow) and often indistinguishable lyrics helped shuttle the simple rock-pop group into an altogether different category of alt rock.

While a sparsely attended show may not be the best location to introduce new material, there was a sense that the band was finally beginning to make the music that it loves. Its new material may sound different, but it also proved to be a step in a much more original direction. Audrye Sessions may be in a transitional phase, but the future looks bright. &#8;

Do You Know Jack?