.Antoinette Serves Hotel Food for the One Percent

The food and service don't rise to the level of the view — or the prices, which are some of the highest in the East Bay. 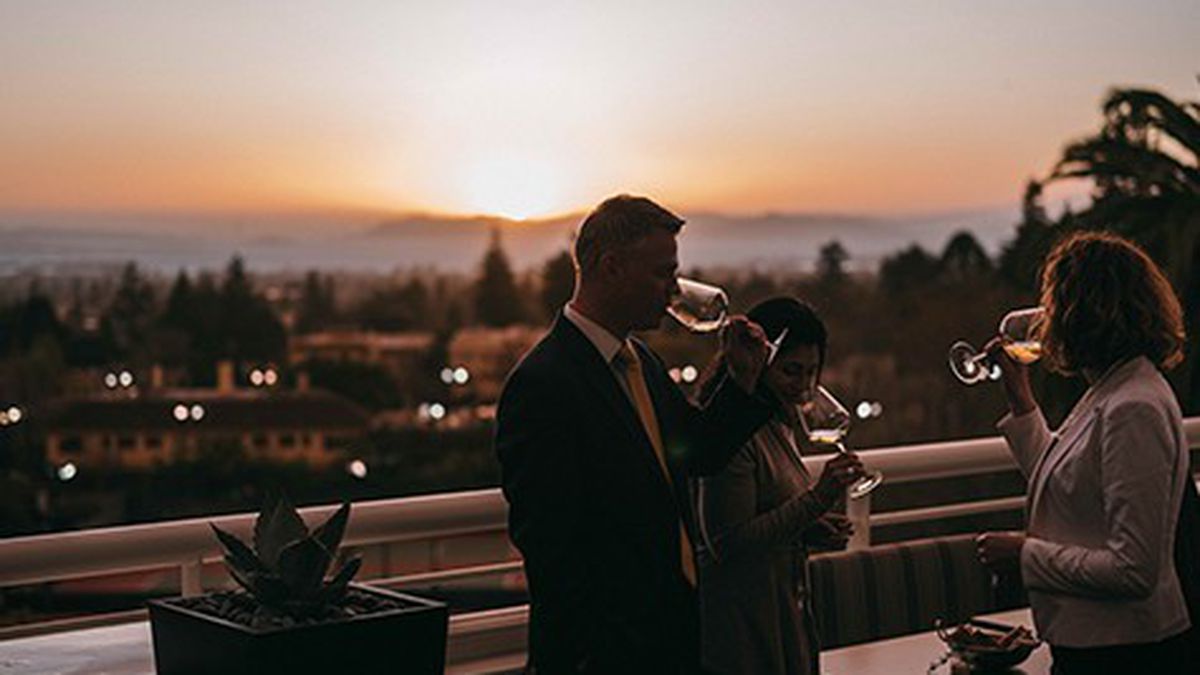 You won’t find much if you do a Google search for Antoinette, the new French brasserie located inside the recently renovated and rebranded “Claremont Club & Spa, A Fairmont Hotel” — a few preview stories written months before the restaurant actually opened, a handful of blurry photos on Yelp, and that’s about it. As of this printing, Antoinette’s various social media accounts are a blank slate, and there isn’t even a sample menu posted on the hotel or restaurant websites.

It’s an odd marketing strategy that the folks at The Claremont have deployed — to continue to withhold every scrap of potentially useful information from prospective customers nearly two months after Antoinette opened to the public. Even odder is the fact that the Oakland landmark’s PR arm maintained about five days of radio silence after I contacted the hotel for a routine follow-up interview. My requests to speak to the chef ultimately went unanswered, and no one ever got around to responding to my list of fact-checking questions.

Then again, maybe the decision to keep Antoinette in stealth mode makes sense when you consider my two dispiriting, at times baffling, visits to the brasserie. The truth of the matter is that Antoinette isn’t a very good restaurant right now — and the fact that it’s also one of the most expensive restaurants in the entire East Bay makes it awfully hard to give it the benefit of the doubt.

Late last year, when The Claremont announced the news that it would be opening Antoinette, it seemed that there was reason to feel excited. Housed in the old Paragon space, with its million-dollar panoramic views, the restaurant would be the first East Bay venture for Dominique Crenn — she of two Michelin stars and a reputation for being one of San Francisco’s most brilliant chefs.

Crenn’s role was only that of consultant and “curator,” with fine-dining veteran Justin Mauz taking on day-to-day chef duties. But initial announcements stressed that Crenn would be the driving force behind Antoinette, both in terms of menu and overall concept — a harking back to the luxuriousness of Europe’s grand hotels, and a modern take on the classic French brasserie. As Crenn told the food blog Eater, “I want to bring the beauty and elegance of a brasserie back to what it should be.” That’s all well and good: The East Bay could use an excellent high-end French restaurant.

As much as the folks running the restaurant have endeavored to keep information about it out of the public eye, I had done enough preliminary research to know I was in for an $80- or $100-a-person kind of dinner. At that price point, you walk in expecting something grand — the kind of pampering and professionalism that you might experience at, say, Commis or Chez Panisse.

But what you get, mostly, is a nice view of the bay. In nearly every other respect, Antoinette fell short. The atmosphere was that of your run-of-the-mill busy hotel restaurant — which is to say that the decor was blandly elegant (though the banquette that kept sliding on my dining companion didn’t exactly bespeak luxury), and the soundtrack to our meal was a perpetual clanging of pots and plates.

Mostly, though, I just couldn’t get over how clumsy the service was. Five minutes after we started eating one dish, our waiter rushed back to the table in a huff to hand us slightly smaller forks, which, he insisted, were essential. Later, he leaned over the table for a good fifteen seconds while he fumbled to rearrange our knife and fork — “it has to be perfect,” he said — so that they lay parallel in the middle of the table. Throughout dinner, members of the waitstaff kept coming over to offer or remove silverware, or to hover next to our table in a similarly haphazard, half-apologetic way.

As for the food, each dish featured some unusual ingredient or modern cooking technique, but much of it was more interesting than it was delicious. I started one meal with the “basil-fed escargot” ($16), which sounded like a Portlandia joke until I read up on how that particular diet is meant to foster tenderness and a clean flavor. This was one of a handful of dishes that came topped with so much white foam — that bugaboo for those skeptical of modern gastronomy — that it threatened to become the main feature. The foam tasted just like pesto, but its frothiness, combined with the sliminess of the escargot and the viscosity of the herb sauce underneath, made for a dish that was downright unappetizing from a textural standpoint.

One of the things that makes Antoinette feel even more expensive than it actually is the amount of menu space dedicated to large-format entrées that are meant to be shared between two to four diners — and are priced from $75 to a whopping $165 (for a duck). How much of a market can there be for that kind of extravagant family-style dining that you would dedicate two to three menu slots to it each night, leaving only about five options for diners seeking a more traditional entrée? And I certainly didn’t feel the roasted monkfish tail was worth its $75 price tag. The fish had been deboned and cut into thick slices that were arranged around a mound of couscous, then topped with a layer of bouillabaisse that had been turned into a foam. In keeping with its popular description as “poor man’s lobster,” the monkfish had an appealing meaty texture, but the meat was somewhat dry and blandly seasoned — a hint of curry flavor and plenty of salt, but nothing that kept our interest.

Odd, too, was the fact that our server did a hard sell on the “Nicoise” dessert ($12) that consisted of black olives, white chocolate, and beets. “Don’t think about the individual parts,” he said, promising that when we ate them all together it would be — and here he put his fingertips up to his lips and kissed them, like Italian waiters always do in the movies — “so good.” Not the case: The white chocolate cake was fine, but a smear of olive tapenade added a salty brininess that was as off-putting as you might imagine, and a yellow beet sorbet just made me think of cold borscht. Worst of all were the long strands of pickled beet, which I crunched through as though eating a salad. It was the kind of dessert that works well in the context of a long-form tasting menu — a single bite that you’d mull over, noting all the disparate flavor components before remarking, “That’s interesting.” And then you’d move on to the next bite. Instead, we had to muster up the willpower to finish the whole damn plate.

All this isn’t to say that it isn’t possible to have a good meal at Antoinette. Start with the Salade Lyonnaise ($16), which was one of the better versions I’ve had — a classic combination of bitter salad greens, smoky bacon lardons, and a runny egg yolk that mixed beautifully with the bracing vinaigrette. What put the dish over the top were very thin slices of lardo (made with extra-fatty Mangalitsa pork), which melted its luxurious savoriness into the salad once everything was tossed together. The fried sweetbreads ($17) were another solid appetizer — slightly under-seasoned, perhaps, but the sweetbreads’ rich, livery flavor was nicely complemented by warm dates stuffed with oozy, melted foie gras. And the coq au vin ($31) was French comfort food at its finest: two chicken legs braised until they were as tender as you can imagine and served in a pool of red wine sauce that was tasty enough that it almost made me shell out the extra $7 I would have had to pay for an order of bread. Almost.

I think, on some level, when people heard that Dominique Crenn was opening a French brasserie in Oakland, this is the kind of food they hoped for — comforting French dishes done well, perhaps with a bit of extra refinement. Given the restaurant’s lack of a response to even the most basic of queries, it’s hard to know who to blame for the fact that — for now, anyway — it is so difficult for diners to have that kind of experience.