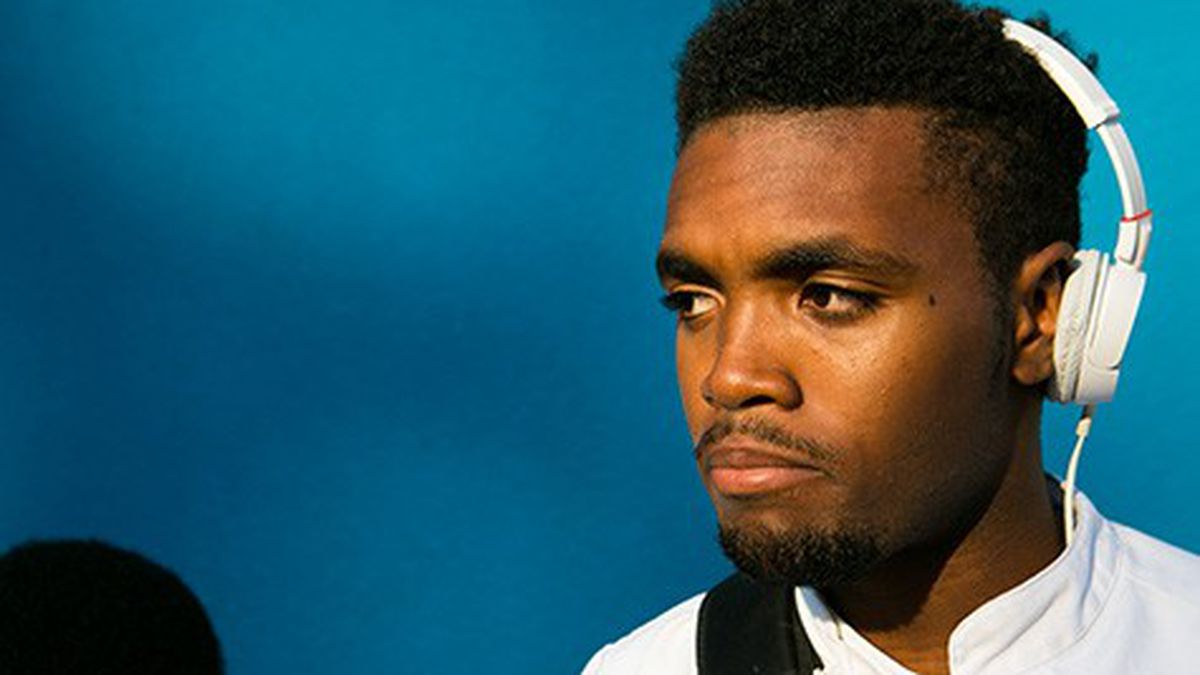 An Unsafe Move for Kids

A controversial development project could displace a high school by Lake Merritt — and it's the city's most disadvantaged students who stand to suffer the consequences.

Bobby Nelson dropped out of school in the eighth grade. At the time, he and his sister were regularly missing school to take care of their sick mother; eventually, he stopped going altogether. When he moved from Sacramento to East Oakland last year, Nelson, now eighteen years old, had been out of school for more than three years.

“They told me I was a lost cause,” he said, referring to his family’s initial conversations with Oakland Unified School District (OUSD) officials. “They said no school would accept me.”

Eventually, however, Nelson signed up for the General Education Development (GED) program at Dewey Academy, a public continuation high school that accepts Oakland students who have struggled at other schools. By January 2014, Nelson had passed his GED test and was enrolled in Laney College, where he is now studying culinary arts.

“Dewey really helped me,” he said. “It gave me a solid idea of what I wanted to do.”

Dewey High, located just south of Lake Merritt, is the last stop for hundreds of students each year who have faced significant disadvantages and were unable to thrive at other schools. But despite success stories like Nelson’s, the fate of Dewey Academy now hangs in the balance.

That’s because the City of Oakland, OUSD, and a private developer are pushing forward with a large construction project along Lake Merritt that may soon displace the school. While district officials have recently insisted that Dewey — currently located at 1111 2nd Avenue — would eventually return to its site, teachers and activists fear that the school may be permanently moved to a less desirable location.

Moving Dewey — whether temporarily or permanently — could have serious consequences for students, teachers, and youth, advocates say. The school is centrally located in an area that Dewey supporters note is “gang-neutral” territory, meaning it is removed from turf-related conflicts associated with parts of East and West Oakland. In this way, the school is a safe haven for many students.

“The stakes are super high when you think about the threat of gang violence and having to pass through certain danger zones,” said Erica Bryant, an English teacher at Dewey. “Because of violence, they can’t really go to school in other places. They’ll tell you, ‘I can’t go over there. I’m going to get into a fight.’ … Dewey is this neutral space, and they don’t really have to worry about any of that.”

The school’s central location along numerous bus lines also makes it accessible to students, who come from all over Oakland. This is critical, teachers said, given that many students have struggled with truancy. Dewey’s location carries additional benefits, including opportunities to collaborate with Laney College, which is one block away.

Of the 247 students enrolled at Dewey during the 2013–14 academic year, about 70 percent came from East Oakland while most of the remaining students came from sections of North and West Oakland, according to data from the district. And more than 80 percent of the students at Dewey are black or Latino, with nearly 90 percent considered socioeconomically disadvantaged, according to state data. Dewey graduated 136 students during the 2013-14 academic year.

The Dewey controversy has its roots in a January 2013 flood that was caused by a faucet that had been left on at OUSD’s administrative building at 1025 2nd Avenue, next door to the high school. The substantial flooding caused permanent damage to the site, forcing OUSD to temporarily relocate its administrative operations to 1000 Broadway in downtown.

Now, the district is looking to build a new administration building on its old site through a public-private partnership. In June, OUSD issued a “request for qualifications” (RFQ), a document outlining project goals and seeking preliminary proposals from developers. Teachers at Dewey, however, were alarmed that the possible relocation of the high school was included in the RFQ, which has a proposal deadline of September 22.

“The district went behind everyone’s back to put this request up for developers,” said Seema Sharma, a geometry and test prep teacher at Dewey. One of the most troubling parts of the RFQ was that it said Dewey’s site would be designated a “surplus” OUSD property through this process, she said. “This is a school. This is not surplus land. We educate some of the most broken students in this city,” said Sharma, who has been teaching at Dewey for three years. “We serve a lot of the students that other high schools weren’t able to. So that’s anything but surplus.”

Sharma said that when Jacqueline Minor, OUSD’s general counsel, met with Dewey teachers in the spring, she made it clear that relocation was inevitable. “She basically started explaining our campus as a real estate item. … Dewey is in the middle of this plot of land, so we are going to have to be relocated.”

Bryant said the message was that “the district is looking to bring in money, and they’re looking to do it with this land. And that means you have to move.” Bryant and Sharma said that Minor listed a number of potential relocation sites that teachers said could pose a serious risk for students, including Fremont High School in East Oakland.

Soon after Minor visited Dewey in the spring, teachers learned another troubling fact: OUSD officials had been communicating with a San Francisco-based developer, UrbanCore Development, about real estate opportunities at Dewey’s site. UrbanCore already has a high-rise, market-rate apartment building in the works at 12th Street and Lake Merritt Boulevard on city land adjacent to Dewey.

In May, OUSD convened a new advisory committee, called the 7-11 Committee, responsible for making recommendations about how the district uses its “surplus” land, typically referring to vacant properties (the name refers to the fact that the committee must have between seven and eleven members). At that first-ever 7-11 meeting, Cate Boskoff, OUSD’s facilities counsel, advised the committee that it might have to declare Dewey as surplus property so that UrbanCore could develop there.

“[UrbanCore’s] investors are looking at them and saying, ‘What’s going on with the continuation high school that’s right next door?'” Boskoff told the committee, according to video of the meeting. She offered details about UrbanCore’s adjacent high-rise proposal and said the project was “stalled” because of uncertainty surrounding the nearby OUSD properties.

“There is a general scheme for the development of all of this property, and Dewey is sort of smack dab in the middle of that,” she said, adding of UrbanCore, “They maybe don’t want us there.”

Dewey teachers and supporters said the process seemed backward — that the district was seeking to label an existing school as surplus property in order to pave the way for a private development that OUSD had already discussed with a real estate company.

“When we heard about it, it was a really big shock for us,” said Jasmine Jones, lead organizer with the Black Organizing Project, an Oakland-based social justice group that runs after-school programs at Dewey. “It seemed like all of these things were happening behind closed doors.”

The implication that the developer or the city would not want a continuation school next to market-rate apartments was further upsetting to Dewey teachers and community organizers. “We’re concerned that OUSD … is using public assets to accelerate gentrification at the expense of students’ education,” said George Galvis, executive director of Communities United for Restorative Youth Justice, another Oakland advocacy group that partners with Dewey. Those organizations, along with teachers, students, and alumni, have formed a coalition called Hands Off Dewey to protest the potential displacement. That group has pushed for the district to rescind the RFQ altogether.

“We just want to be left alone,” said Kelvyn Wallis, a senior at Dewey. “It’s not fair. Even a temporary relocation could mess everything up. … I want other students to have the same positive experience that I did.”

Speaking at an Oakland school board meeting last week, Grecia Palma, another student, added: “Dewey students have experienced a lot of pain and trauma in our lives. … We have found a sense of safety and family here at Dewey and we don’t need our sense of security taken away from us.”

This activism appears to have had some impact. OUSD amended its RFQ over the summer to take out the language about declaring Dewey a “surplus” property, and the district has since hosted several “community engagement” meetings to discuss the potential Second Avenue project with Dewey teachers and supporters.

Troy Flint, spokesperson for OUSD, said the district is committed to keeping Dewey at its current location and that a development project completed through a public-private partnership could allow for the creation of a new facility for the continuation high school at its existing site. He said that OUSD is in the early stage of the process and could not yet say if or when Dewey will temporarily move, or how long a relocation could last.

Noting that the district’s newly renovated La Escuelita Elementary School is located next door on 2nd Avenue and 10th Street, Flint continued: “We have every reason to complement what we already have and make this area … the hub of Oakland public schools. Dewey would be a part of that.”

Flint also said that the district takes concerns about the importance of Dewey’s gang-neutral location very seriously. “When we look at a relocation site, if one is necessary, definitely safety will be first and foremost on the list of priorities.”

Regarding discussions with the developer, Flint said, “We don’t have a special relationship with UrbanCore. … They have an adjacent project, and they saw an opportunity for synergy with what OUSD was beginning to discuss.” The initial proposals from the developer in the spring were unsolicited, he added.

Michael Johnson, UrbanCore’s president and CEO, wrote in an email to me that his company is interested in working with OUSD, but declined to comment further.

Best Indian Food: Dosas as long as your arm

Corrections for the Week of November 25

The End of a Winemaking Era in Alameda at Rosenblum Cellars