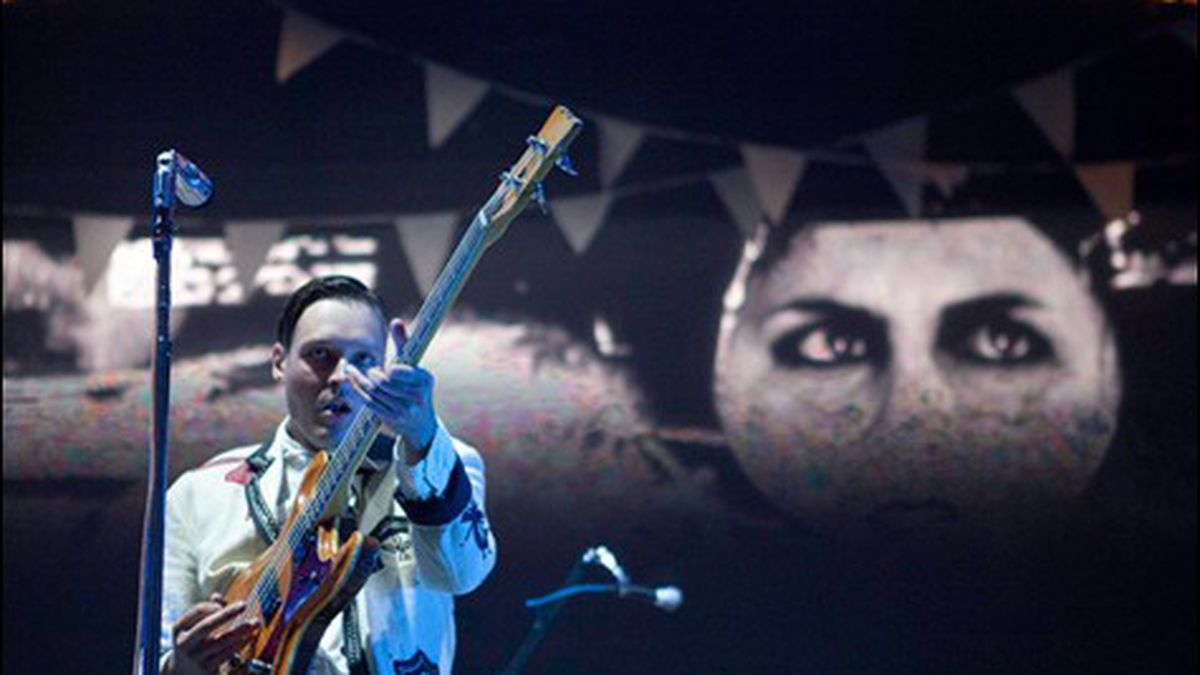 An Outside Lands Recap

Memorable moments from this year's benchmark festival, for those who missed it.

Few would debate that this year was a benchmark for Outside Lands, in everything from the lineup, to the layout, to the Burning Man art, to the sorta bizarre Barbary stage (which was mostly reserved for magicians and comedians), to the marketing. Even small perturbations like Big Boi’s imitation of a Phillip Glass performance (just kidding) and the Friday night fog (which cleared by Saturday) couldn’t hamper San Francisco’s largest and most ambitious music festival. Here’s a little recap of some particularly memorable acts:

Or the lack thereof, as the case may be. The former Outkast member packed the space in front of Sutro before his 7 p.m. show, but as 7:15 and then 7:30 rolled around — and the crowd turned from anticipatory to angry — it became clear he wouldn’t come out. According to Chris Vinyard of the public-relations team representing Outside Lands, the ultimate cause of the no-show was a glitch with Big Boi’s DJ’s computer. “They tried to fix it but it got too close to Erykah Badu’s set time and Big Boi wanted to respect that,” Vinyard said in an e-mail, adding that “Big Boi and his team were the utmost professional given the technical difficulties at hand.” It was the biggest disappointment of the weekend, but by Sunday, no one really seemed to mind. (E.C.)

Baby-faced singer Rhett Miller — who is now forty, but for the most part still retains his pink-cheeked, puerile features — paused toward the end of his Saturday afternoon set with alt-country group Old 97’s. “Hey, I just saw one of those gate-crashing flashmobs tear down the fence over there,” he said, pointing over the heads of several hundred people who had gathered at Sutro stage. He snickered. “Sorry, Outside Lands staff, the revolution still lives in San Francisco!” Miller and three bandmates dedicated their next song, an energetic rock number called “Every Night Is Friday Night,” to “those cheapskate motherfuckers.” It was an appropriate highlight for one of the best, and most sparsely attended performances at Outside Lands. Old 97’s launched their career two decades ago in Texas, and quickly signed to Elektra, only to become a casualty of the AOL/Time Warner merger. Flashmob aside, the group’s set was willfully understated, with a few folksy love ballads (including “Question”), and one Merle Haggard cover. If anything, it showed that the 97’s remain both powerful and vastly underappreciated. (R.S.)

One of the great pleasures of Outside Lands, besides live tweeting, $8 tacos, and psychedelic shapes on a video monitor, is watching public displays of affection. There were many, when mashup artist Greg Michael Gillis launched his set at the Twin Peaks stage on Saturday, in front of a crowd so thick, there was surely less than two inches of clearance from one booty to the next. So a large percentage of the PDA may have been totally accidental. At any rate, it was electrifying. Girl Talk played for more than an hour, layering samples of popular hip-hop (by everyone from Biggie, to Nicki Minaj, to Big Boi, who finally got to make his Outside Lands cameo), over rock samples by groups like The English Beat and The Turtles. Fans danced awkwardly, occasionally flinging lit cigarettes or knocking over each other’s beers. Nerds attempted voice-over curation for anyone who would listen. Everyone sang along to the finale, which, ironically, might have been the oldest song to play at 2011 Outside Lands: an unadulterated recording of The Isley Brothers’ “Shout!” (R.S.)

The sheer number of face-painted people gathered around Sutro stage on Sunday shows how popular tUnE-yArDs has grown since signing to British label 4AD in June of 2009. Part indie, part Afro-pop, part experimental, the group is known for its odd configuration of instruments (looping rig, ukulele, electric bass, percussion, and two saxophones), and for the incredible rags-to-riches story of its lead singer, Merrill Garbus. A former puppeteer who used to busk in subways and spent time living out of her car, she has rendered herself into an unconventional celebrity — she was, in fact, the local act that many Outside Lands-goers were waiting to see. By the time she got onstage the crowd numbered more than a thousand, easily. Behind her stood a two-man horn section and bassist Nate Brenner, all wearing face paint (which has become Garbus’ signature) and T-shirts with multi-colored puffballs. The setup was minimalist, but the music was resounding and forceful, particularly when Garbus launched into her feminist sex-ballad “Powa,” which the whole audience seemed to know by heart. (R.S.)

With garage the new punk in the Bay Area, it was fitting that at least one band at Outside Lands would represent this local movement. And organizers made a wise choice with Ty Segall. Far from being a sloppy warehouse band, Segall and his band — featuring a bassist, another guitarist, and a drummer — played a raucous set on the smaller Panhandle Stage on Sunday that was reminiscent of a garagey, poppier Nirvana — raw yet catchy. Simple chord progressions and Segall’s reverbed vocals were punctuated by lots of ride cymbal and floor tom beats. The crowd responded appropriately — moshing, pogoing, smoking weed, and crowd-surfing in the afternoon sun. With his long wavy blond hair and SoCal surfer-stoner look, Segall made it feel like a casual show — audibly tuning his guitar between songs and interacting with the audience (when one enthusiastic fan screamed she was going to have his baby, he responded: “You’re having my baby? Awesome.”) If there’s anyone who could lift garage rock out of the gutter, it’s Segall. (K.R.)

There’s no shortage of male-female duos in rock these days, but not all can pull it off. First, duos (usually guitar and drums, no bassist) are tough in general. Then, because having a female member is still a sort of novelty, acts that aren’t really that good get press even if they don’t yet deserve it. But Wye Oak isn’t a casualty of this trend. The Baltimore duo, which just released its fourth album on Merge Records, calls to mind a more country, folk version of Land of Talk — meaning it can build a soft melody into a grand rock song. Performing Sunday on the Panhandle Stage (which had gotten quite breezy in the afternoon shade), singer-guitarist Jenn Wasner and drummer Andy Stack performed an engaging set, including an excellent cover of Neil Young’s “Pocahontas.” Wasner is a capable guitarist and an even better singer, and Stack impressively added bass and keyboard via a small synth while holding it down on the drums one-handed. In this case, Wye Oak is a duo well worth raving about. (K.R.)

At this point, Arcade Fire is used to headlining huge festivals, and no wonder. Indeed, Sunday’s show was Arcade Fire exactly as they were meant to play — on an enormous set, and to a crowd of 50,000 or so, all screaming and crying and clapping along. It was an altogether huge, theatrical, and goosebump-inducingly perfect end to the weekend, in nearly every way: the sweeping searchlights, huge LCD screens, and dramatic light show; that crowd, doubtlessly freezing and tired but clearly loving every minute; and, of course, those songs, the perfect blend of raw velocity and soaring emotion. At one point, a fat, full moon arose from behind the hills and hung over the park as though it, too, was part of the set; at another, frontman Win Butler addressed the crowd, saying “this is a moment where we kind of have to pinch ourselves.” It’s okay — us, too. (E.C.)