.An Environmental Setback at Brooklyn Basin

The East Bay is going to lose out on a planned marsh restoration because federal regulators are forcing developers of the massive Oakland waterfront project to direct funds to Redwood City. 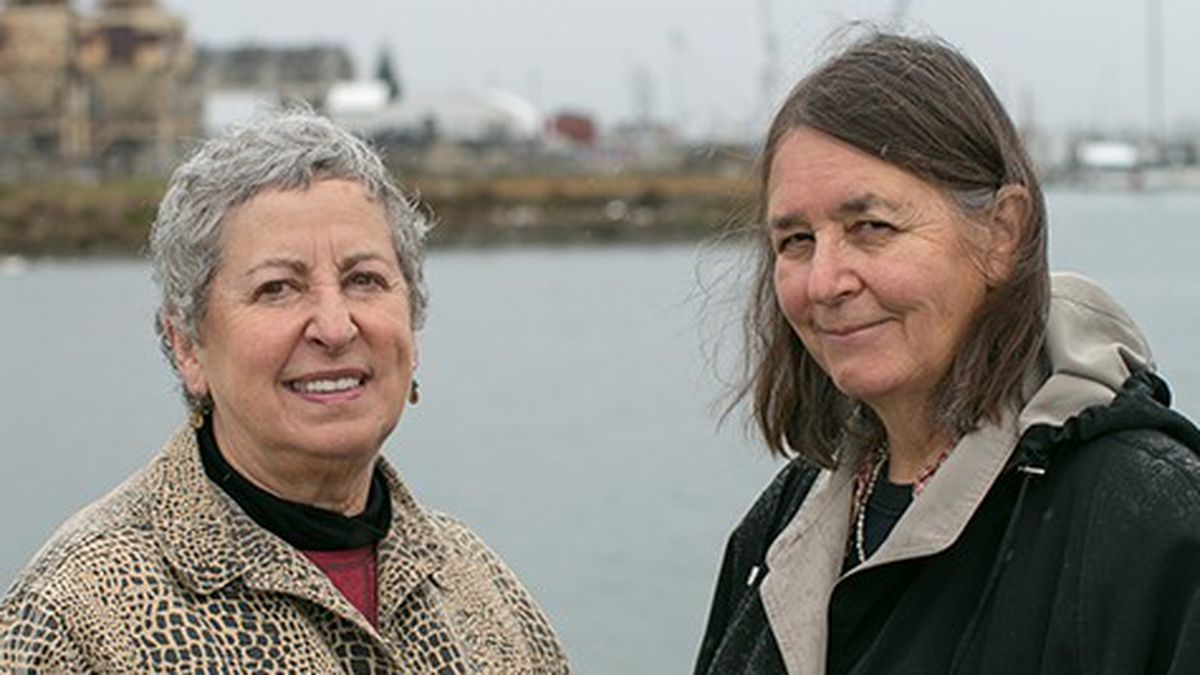 In 2011, the San Francisco Bay Conservation and Development Commission (BCDC) — the local agency charged with protecting the bay and evaluating the impacts of waterfront development — approved a large mixed-use project in Oakland, now known as Brooklyn Basin. The 65-acre development near the Oakland Estuary, just southeast of Jack London Square, will include 3,100 units of housing, 200,000 square feet of retail and commercial space, a marina, new waterfront parks, and more.

When BCDC greenlighted Brooklyn Basin, one of the key environmental features of the plan was the developers’ proposal to fund a marsh habitat restoration on the Oakland shoreline. The marsh habitat restoration plan adopted by the developers, led by Oakland-based Signature Development Group, was designed to offset the environmental impacts from building a massive housing development on the waterfront. Known as a “mitigation,” the marsh plan won strong support from BCDC and environmental activists.

But while the first phase of Brooklyn Basin construction is now moving forward, following a groundbreaking in March, the proposal to restore the marsh on site is in jeopardy — and likely will not happen at all. That’s because both state and federal regulators have recently informed the developers and BCDC officials that the original plan to restore the waterfront habitat would not fulfill Brooklyn Basin’s mitigation requirements, because of a convoluted legal matter. That means the project can’t get its permits and can’t move forward with construction until federal regulators okay a new mitigation plan from the developers.

As a result, Signature Development Group is now planning to fund a mitigation project in Redwood City, which means the developers won’t move forward with the planned Oakland marsh — much to the frustration of environmental advocates who have long pushed for this restoration. “This isn’t equitable,” said Sandra Threlfall, executive director of Waterfront Action, a local environmental advocacy group. “This is mitigation that I believe should stay in Oakland. It seems so obvious.”

While environmental activists have at times been at odds with the developers, in this case they are casting blame on the government agencies that are blocking funds from going to an Oakland site that will face direct impacts from the development and could significantly benefit from a habitat restoration.

It is the US Army Corps of Engineers — the federal agency responsible for reviewing the proposed mitigation and approving the project’s permit — that recently decided that Brooklyn Basin needs a new plan. The Army Corps cited concerns about certain restrictions on the land on which the marsh restoration would have taken place, according to officials with BCDC and Signature Development Group.

The site of the originally proposed one-acre marsh restoration in Oakland is on land that is in the “public trust,” meaning the public owns it and the State Lands Commission has jurisdiction over it. Last year, the Port of Oakland leased this property to the developers for thirty years — a major step for the Brooklyn Basin project, which has been in the works for more than a decade and was formerly called “Oak to Ninth.”

According to state law, this kind of public trust property may be leased for a maximum of 66 years. Because of that time limit, the Army Corps recently decided that the land couldn’t be used for project mitigation. The corps noted that the project’s partners couldn’t guarantee that the habitat would be permanently protected beyond 66 years, according to Bob Batha, chief of permits for BCDC. (Typically, developers meet these kinds of mitigation requirements by permanently protecting or conserving a certain amount of land equivalent to the amount of habitat they are destroying).

The San Francisco Bay Regional Water Quality Control Board — the local arm of the state water agency that must also approve the Brooklyn Basin plan — agrees with the Army Corps that the Oakland marsh restoration would not fulfill its mitigation requirements because of the 66-year lease limit, according to Dale Bowyer, the board’s senior water resource control engineer.

“Once the lease expires in 66 years, it’s unknown exactly what will occur,” said Bowyer. “The Army Corps of Engineers is unwilling to accept that.”

Batha said that, despite the lease restriction, BCDC disagrees with the Army Corps and believes that a restored marsh at the Oakland site is a legally acceptable mitigation plan — and one that is much preferable to a project in another part of the Bay Area. He said BCDC’s attorneys have reached out to Army Corps to try to resolve this. He also noted that marsh habitat is rare in Oakland, which is why BCDC originally supported the restoration proposal.

The Army Corps did not respond to repeated requests for comment for this story. But Bowyer and Signature Development said it was clear that the Army Corps would not change its position and would not allow any environmental improvements at the Oakland site to count toward the project’s required mitigation.

“We tried to get them to come to an agreement, and we were unsuccessful, so we have to move forward with the project,” said Patrick Van Ness, vice president of forward planning for Signature Development Group. The official Brooklyn Basin development team is Oakland Harbor Partners, which is a partnership between Signature Development and Reynolds and Brown, another local development firm. Zarsion Holdings, a Chinese investment group, also joined the project last year, providing significant financing to fast-track the project.

Based on the Army Corps’ strict requirements, the only viable mitigation option for the developers was to put funding toward a wetland site in Redwood City, according to Van Ness. The plan is to fund the protection of roughly 1.6 acres there, he said. The site, owned by a company called Keech Properties, is a wetland habitat near Redwood Shores, just south of the San Mateo Bridge.

Van Ness said he shares activists’ frustrations regarding regulators’ refusal to accept the Oakland marsh plan. But he said Brooklyn Basin would still ultimately bring an environmentally beneficial transformation to Oakland at the exact same waterfront site where the marsh would have been located. According to the developers’ 2011 plans approved by BCDC, the marsh restoration would have involved the enhancement of roughly one acre of tidal wetlands along the shoreline (located just south of Lake Merritt). The developers would have been required to monitor the restoration site for ten years — or until the wetland developed vegetation comparable to nearby marshes.

The environmental benefits of a marsh would have been significant, said Naomi Schiff, a longtime waterfront advocate and board member of the Oakland Heritage Alliance, a preservation nonprofit. “We really do need to try to figure out some way to make the natural surroundings a little more friendly to the plants and animals that were here first.” Without a marsh, the anticipated habitat enhancements of the project would be significantly diminished, she said.

Threlfall of Waterfront Action also pointed out that the existence of a wetland marsh would improve the quality of water entering the bay from Oakland by purifying polluted runoff. She also noted that the City of Oakland plans to build a bicycle and pedestrian bridge connecting Lake Merritt to the exact section of the waterfront where the marsh would have been located, making its potential loss all the more disappointing.

Van Ness said that, despite the fact that the developers now have to fund a project in Redwood City, they plan to still finance habitat improvements in Oakland. Instead of creating a marsh, the project would involve what he called an “open water plan.” That would entail bringing the shoreline inland to the same degree as originally planned (meaning essentially removing land to make the body of water larger at the site).

Once Army Corps approves the Redwood City mitigation plan — which Van Ness said should happen by early 2015 — Brooklyn Basin will be able to move forward with the next phase of construction. The implementation of the “open water plan” won’t take place until a later phase of the project, Van Ness said, noting that advocates would have additional opportunities to comment on that design and its environmental merits. BCDC will also have to approve a revised plan.

Van Ness further emphasized that the debate around the waterfront restoration relates to a very small portion of the project relative to the more than thirty acres of new parks and open space that Brooklyn Basin will ultimately bring to Oakland. “It will be a huge benefit to the public, which has had little or no access to this area,” he said.