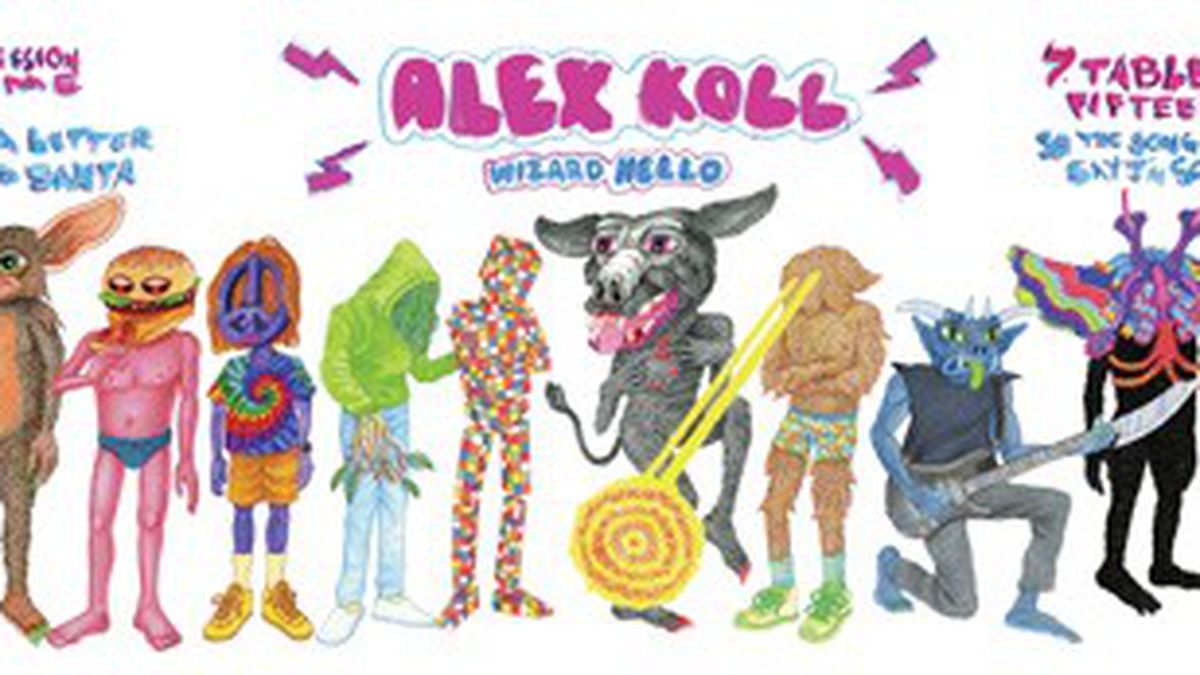 The whole concept of “wizard comedy” made a lot more sense four months ago, when Alex Koll had a full, bushy, Rip Van Winkle beard — the kind that could either be an aesthetic choice or a gardening project. (Oh, snap.) Just kidding, the beard was great. And it worked well as a gimmick, particularly for jokes about being “face-raped by the woods.” Koll used a wizard bit as his opener for Wizard Hello, which he recorded for a sold-out crowd at the Punch Line in August. It was rich. “Usually, we wizards have to tell jokes in laaaarge caves, in front of maaaaagical crystals,” Koll said, using his best Gandalf-inspired bellow. Audience members jeered. A few weeks later, Koll shaved the beard, ditched all the Old Testament references, and acclimated to looking about ten years younger. For a while, he switched to fat kid jokes.

So think of Wizard Hello as a beard forever immortalized. Koll is a smart, sassy, dyspeptic, pissed-off-at-the-world comedian with an elaborate fantasy life. He’s partial to gross-out humor. Performing at the Dark Room Theater every Wednesday, he’s offered many illuminating stories about diarrhea, boners, and “hurty panties” (i.e., a thong worn during a mushroom trip). Wizard Hello continues in that vein. The second bit, about Koll’s botched love affair with tequila, includes a rather detailed description of the consequences. Koll is convinced that vomiting can produce an extended moment of clarity.

Occasionally, he throws too many curve balls. The shoe-fucking joke actually isn’t about shoes or fucking. It’s about a bat that enters Koll’s living room, shits out a lit cigarette, and pops it into the comedian’s mouth. Koll has been telling that joke for years, and it always has a few people scratching their heads. At this particular show, the idea of a guy fornicating with an inanimate object got more laughs than the joke’s actual punch line. In more surreal moments, Koll played poker with a deer and rewrote the Prince hit “1999,” so it would actually accord with the opening lyric I was dreaming when I wrote this/Forgive me if it goes astray.

Koll is not absurdist like Brent Weinbach. He’s more of a common-man comic, except that he talks about everyday stuff in a very weird way. Koll has some elaborate flights of fancy, but he knows how to bring them into the trenches of quotidian life. Nearly all of his bits involve some form of anthropomorphism, or some weird plot-twist. The wizard retired his beard, but not his cape. (Rooftop Comedy Productions)

City of Oakland ‘Bulldozer’ Hit A Homeless Man While He Was...