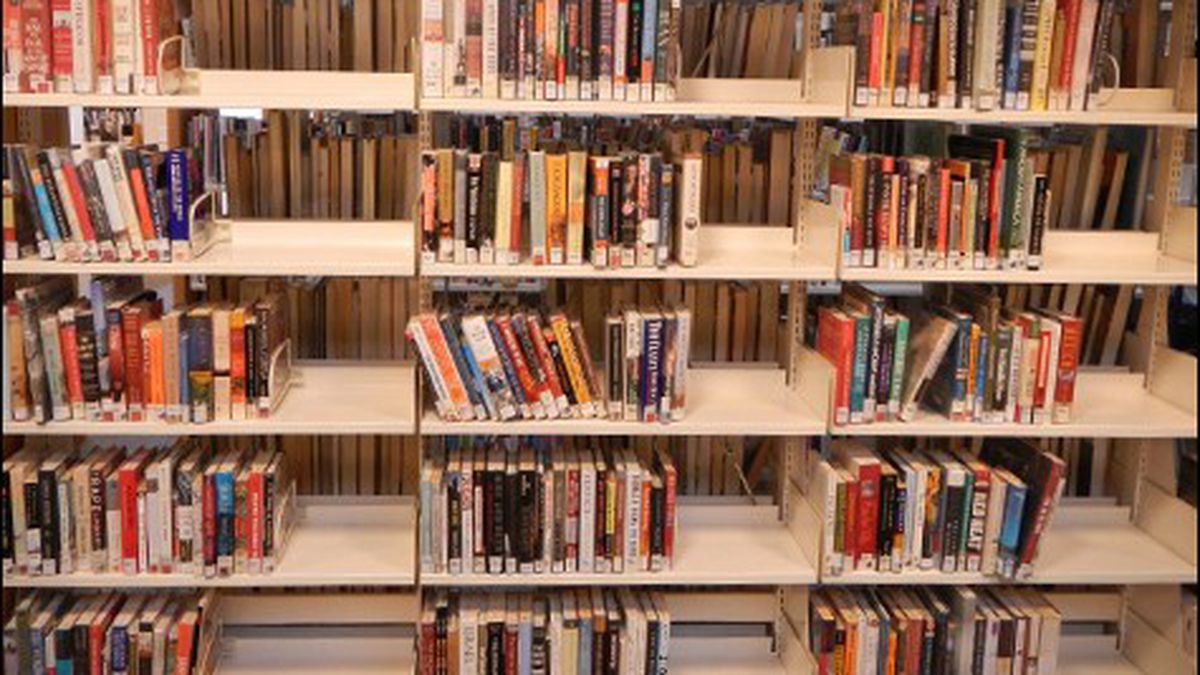 When David Danby went to the Albany Library last month to pick up a mystery novel, he immediately noticed that something was different. The shelves were unusually empty — some only half full.

“I was taken aback,” said Danby, who regularly visits the library. “It feels uncomfortable, like something is missing. Where are all the books?” Until recently, Danby’s wife, Julie Winkelstein, had worked as a young adult and children’s librarian at the branch for ten years. Over the last few months, they had heard rumors that the library was discarding books in bulk, but Danby hadn’t noticed the transformation himself until his most recent visit.

“I was surprised by the empty spaces on the shelves,” added Winkelstein. “I would hope that these books are not being thrown out because I think throwing them out should be a last resort.”

As it turns out, according to several employees at Albany Library — which is one of ten branches in the Alameda County Library system — since late last year, administrators have ordered staff to discard books in bulk. With increased funding for materials this fiscal year, managers are making room for newer books and as a result have been trashing older ones in mass quantities, staff members said. The practice, they said, has been rushed and haphazard — and not in line with the standard guidelines for “weeding,” the term librarians use to describe the process of moving books out of collections. In Albany, thousands of good books that could be donated or given away are instead ending up in the trash, the employees said. They noted that while this policy is especially widespread at their branch, it appears that this careless discarding is happening across the Alameda County Library system.

“Everyone is amazed by the amount of stuff going to the garbage bins,” said Dan Hess, a children’s librarian in Albany. He has worked at that branch for four years and has been an employee of Alameda County Library for fourteen years.

Hess said that at the end of fiscal year 2011-2012, Albany had roughly 80,000 books on site. But as of February 2014, the branch had 68,000 books, with most of the removals happening in recent months. Of the roughly 12,000 books taken out of the branch, he estimated that about 70 percent were thrown away. In the past, he said, reusable books weeded out of the branch would generally find new homes through various donation mechanisms, often coordinated by the Friends of the Albany Library group. But because the branch has been weeding so rapidly and on such a massive scale, many books that could have a second life are being tossed instead, Hess said.

“It’s like forty years and forty different brains thinking what should be in the library [are being] swept away in two months,” he said. “We’re having this infusion of new money and materials that are coming very fast into the library. It’s pushing us to change the criteria for what we are discarding.” Hess said that managers have directed staffers to effectively remove most books bought before 2001, with little regard to the content, condition, or other factors librarians would typically take into consideration. “All you have left is the new. To me, that is not a library.”

Hess said this is an irresponsible shortcut. “It’s very unusual, but all the managers … agreed that it was a good way to quickly weed. That shocks me,” he said. “Everything the library bought before 2001, regardless of its merit or the significance of the book is sent to the discard pile.” As a result, he said there are noticeable gaps in subject matter across a wide range of sections, including music, philosophy, religion, biographies, and more. The fiction section, too, has suffered a noticeable disappearance of major authors, Hess said.

The situation has apparently alarmed others at the branch. “It’s been a massacre,” said one longtime employee whom the Express agreed not to identify because the person feared retribution. “The method by which the weeding has been done has been massive and indiscriminate.” And the overall quality of the collection has diminished, this individual added: “It’s distressing to me to see this significant volume … of content deprived to the public.”

Weeding is a common practice in library systems. It allows branches to make room for new titles and keep their collections up-to-date. Generally, libraries remove books that are worn beyond mending, no longer factually accurate, superseded by a newer edition, rarely used by patrons, or available elsewhere (electronically or through an interlibrary loan, for example). Increased funding for new supplies can drive the weeding process. In Alameda County Library — which is separate from the Oakland and Berkeley public library systems — funding for new books has increased in recent years. The budget for materials in fiscal year 2013-14 is $4.6 million and is expected to jump to $5 million in 2014-15, according to Linda Harris, principal librarian of communities and collections. In an email to staff last year about weeding, she also noted that the recent budget increase required the agency to spend additional funding in a relatively short period.

In an interview, Harris denied that the county library system is trashing large numbers of books indiscriminately. Harris also defended Alameda County Library’s weeding efforts, arguing that the libraries are following written standards and have maintained consistent practices over the years. She said that if the branches are getting rid of books that still have value, they generally work to get them donated. But if the books are very worn or old enough that the information is no longer accurate, they may end up in the dumpster. When deciding which books to remove from a collection, “We consider the content, the condition or appearance, and the use of materials,” she said.

It’s important for libraries to consider the changing needs of patrons, Harris said. “We try to be knowledgeable about the communities … that we serve. We try to make collections responsive to their needs and interests.” If the weeding is not done on a regular basis, libraries may have to remove books in large quantities, she said. “It can feel pretty drastic.” She also argued that as a best practice, branches should aim for shelves that are roughly two-thirds full, which makes it easier for patrons to browse and gives the libraries the necessary flexibility to take in new materials. “It’s a constant balancing act.”

Deb Sica, who has been the branch manager in Albany since last fall and has directed the recent weeding process, also confirmed that books are sometimes discarded. This happens, she said, based on a range of criteria — often relating to the condition of the materials and whether there is community demand for the books. But she said the discarding has not happened at the level that employees described it to me, and that her practices are in line with other libraries.

Sica noted, however, that when she arrived at the branch, it was clear the collection required significant weeding. “Albany had a lot of dated materials. … It was a very traditional collection,” she said. “It’s very important to me to have a collection that’s clean … books that are accessible to people, books that have current information in them. That’s part of modernizing a library.”

She continued: “We are trying to embrace contemporary readers’ needs.”

When I read Hess’ discard estimates to Sica, she said the numbers seemed inaccurately high, but she was unable to offer any specific numbers on the recent weeding or the volume of books ending up in the garbage. Harris, too, said she did not have specific information on this.

Sica said she has extensive experience weeding libraries and follows a methodology based on widely accepted standards. “There is a system of checks and balances in place.” Reusable books, she said, will generally go to schools, church groups, and other outlets for donations.

When it comes to running a successful library, “More is not always better,” Sica said, adding that some of the criticisms seem to reflect an outdated view of the role of libraries, which are not supposed to be archives. “It’s a careful balance between quality and quantity.”

But library employees contend that there has been no careful balance in deciding what books to toss during the current weeding process. “We are not opposed to weeding as a general thing,” said another employee whom the Express agreed not to identify because the person feared retribution. “But when you are doing it arbitrarily … that’s not the way you’re supposed to do it. … We’ve got these librarians running around trying to rescue books.”

Added a third employee: “Books are not being offered any place. They are just being thrown out. … It’s been heartbreaking.”

Best Place to Get Your Pooch Groomed