The office is now just one of a few nationwide to provide free legal representation to undocumented immigrants who can't afford to hire their own attorney. 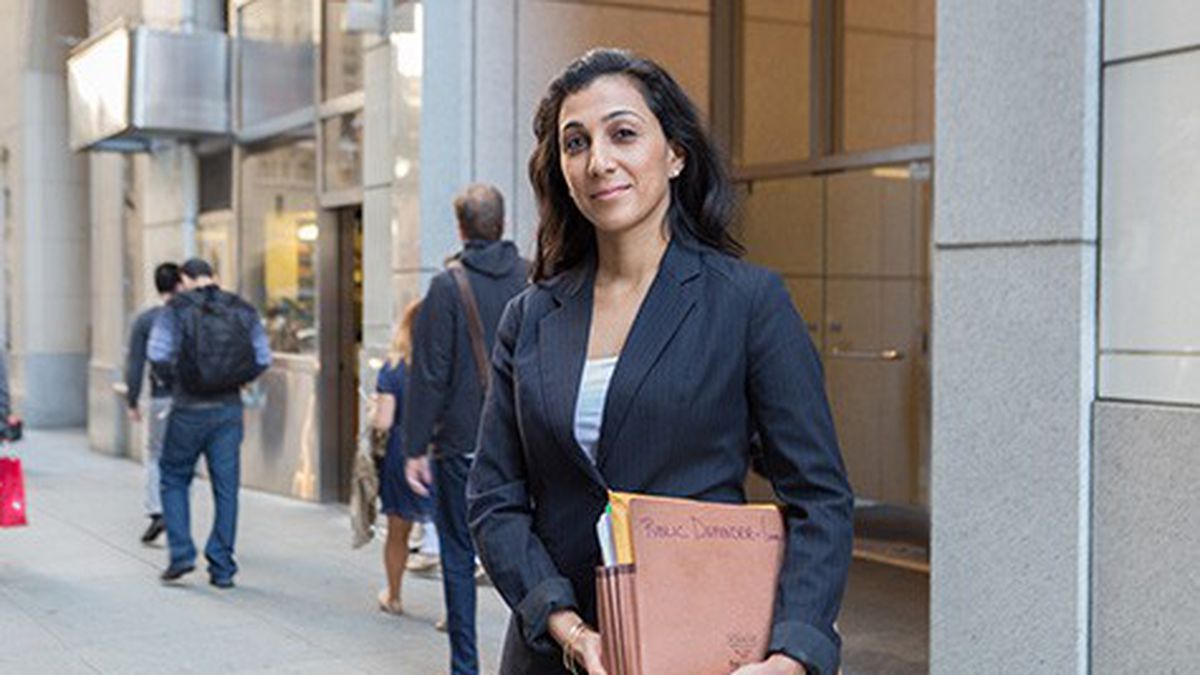 Immigration court is different. There is no public courthouse. There are no inscriptions on the walls touting lofty ideals such as liberty, equality, and justice for all. Instead, the courtrooms are windowless and fluorescent-lit, located in anonymous San Francisco office buildings where private security guards keep tabs on the largely Asian and Latino immigrants who have been ensnared in deportation proceedings. And unlike criminal court, people who are in danger of being thrown out of the country have no right to a court-appointed attorney if they can’t afford to hire one of their own. Many low-income deportees, as a result, must either represent themselves or retain their own private attorney — a heavy burden for the overwhelmingly working-class undocumented immigrants who make up the majority of deportation cases.

According to the Oakland nonprofit Causa Justa/Just Cause, at least 2,377 people were deported from Alameda County in just the first three months of 2014.

Alameda County Public Defender Brendon Woods is out to balance the scales for at least some county residents who are embroiled in deportation proceedings. As part of his plan to overhaul the Public Defender’s Office following his appointment in 2012, Woods carved out a portion of his budget to hire a full-time attorney to provide free representation for some people in immigration court.

Then in January of this year, Woods hired Raha Jorjani as a full-time immigration attorney. Born in Iran, the 36-year-old Jorjani came to the United States with her family in 1984, earned her law degree at City University of New York, and worked for two years for the Florence Immigrant and Refugee Rights Project, a nonprofit that provides free legal services for low-income immigrants in Arizona. From 2008 until 2014, she was on the faculty of UC Davis School of Law.

The hiring of Jorjani made the Alameda County Public Defender’s Office the first such office on the West Coast to provide representation for immigrants in deportation proceedings. Public defender offices in New York City were the first in the nation to do so, and last month San Francisco County Public Defender Jeff Adachi, a close confidant of Woods, hired an attorney — Francisco Duarte — to begin representing low-income immigrants as well.

Jorjani can relate on a personal level with her clients, because her own family went through some of the same experiences — a fact she did not realize until after she became a lawyer. When she was a child growing up in the East Bay, her family was placed in deportation proceedings. She recalled going to court hearings as a child and the somber, tense feeling of immigration court, but had no idea how close her family had come to being thrown out of the country until she came across an old court order in her parents’ house in 2007. “That was the night before I represented my first client,” Jorjani recalled with a laugh.

Woods’ decision to hire Jorjani also comes at a time when state and local authorities are starting to seek solutions to the immigration crisis and the federal government’s record number of deportations in recent years — proceedings that have torn apart families and created an intense distrust of law enforcement in many immigrant communities. In May, the Alameda County Sheriff’s Office, which runs county jails, stopped honoring immigration holds requested by Immigration and Customs Enforcement (ICE) — a move that was part of a nationwide trend following a federal judge’s ruling that ICE’s program violates the constitutional rights of immigrants placed in detention.

Woods’ decision to provide free representation in some immigration cases also makes sense from a legal perspective, because it allows his office to work with clients to resolve both their criminal and immigration cases. “If you don’t have someone on the other side defending the bargains you struck with the District Attorney’s Office, then you’ve lost the hard work done on the criminal side” — if the client ends up getting deported in immigration court, Jorjani explained.

Currently, Jorjani has a caseload of nine clients, all of whom are also current or former clients of the Alameda County Public Defender’s Office. In order to qualify for free legal representation, Jorjani’s clients must demonstrate that they are indigent and currently in deportation proceedings. For now, however, the office is only taking on clients in “emergency situations,” she said.

Immigration judges weigh three general factors when presiding over deportation cases: whether individuals are in violation of immigration law; whether they are eligible for any sort of relief through special visas for crime victimhood, asylum, or other reasons; and whether the facts of their specific case demonstrate need and cause for relief.

Defendants who have been previously convicted of an aggravated felony record often face the worst consequences in immigration court: They are typically held in ICE custody following their term behind bars, and then face mandatory deportation and a lifetime ban from re-entering the country.

The Alameda County public defender’s decision to dive into immigration law is also receiving national attention. On August 9, Jorjani participated in an American Bar Association panel focusing on the lack of court-appointed representation for people involved in deportation. Jorjani’s presence is turning heads on the bench as well. During a recent court hearing, immigration judge Miriam Hayward — upon seeing a public defender representing a client in her court — remarked: “I could count on one hand the number of times I’ve seen a public defender in my courtroom,” and then added as she laughed, “my head is officially turned.”

An interview with one of Jorjani’s clients illustrated the severe consequences for defendants who cannot afford to hire their own attorney. Alejandro, whom the Express agreed to not fully identify because of his fear that ICE will reopen deportation proceedings against him, is a twenty-year-old who came to this country with his family — and without papers — as an infant. Alejandro grew up in Fremont and Newark, attending local schools until his father pulled him out of high school at the age of sixteen.

A year and a half later, Alejandro was arrested by police. While in custody, his rights were violated when law enforcement officers took his statement without an attorney present and obtained evidence about his immigration status in violation of the law. After being held by local authorities, he was taken into ICE custody and sent to the Yuba City County jail, where he missed a court date that he couldn’t attend because he was being held on criminal charges as well, a complication that increased the severity of the charges against him. In total, Alejandro spent nineteen months in custody, fourteen of them consecutive.

Until Jorjani began representing Alejandro in April, he was representing himself in court proceedings making use of the jail’s law library and using the knowledge he gained to aid other inmates with their own cases. When Jorjani took over Alejandro’s case, she immediately pointed out that law enforcement had mishandled his criminal case. Then in June, she got his criminal case dismissed when ICE agents failed to show up to testify about their handling of Alejandro while he was in their custody.

“The judge said, ‘I’m gonna have to have him released,’ and ended the hearing,” Alejandro recalled. “… I was confused; I couldn’t believe it.”

Because he had been convicted of a felony, Alejandro would have been immediately deported and separated from his parents and four younger siblings. “It’s not like jail — once you finish doing your time you get out,” Alejandro said. “This is real. If you don’t win your case, you get sent back to Mexico. That really scares me — I’ve never been to Mexico. The closest I’ve been over there is LA.”

When he was released from custody in June, Alejandro struggled at first to readjust to life as a free man. The first thing he noticed after walking out of detention was the sensation of the wind on his arms. “If you feel the wind when you’re inside, it’s when you’re on your way to the courthouse in handcuffs,” he said. “I didn’t have any handcuffs on and that felt great, it was like I was a million times lighter.”

Alejandro is also benefitting from another of Woods’ innovations: Jorjani put Alejandro in contact with one of the social workers hired by Woods earlier this year, and the social worker helped Alejandro get into a GED program to complete his high school education.

It was Jorjani, however, who had the most impact on Alejandro. While inside, she brought him articles to read and a GED study book. “If there was a guardian angel that I had to choose from all these people that I’ve seen, I think it would probably be her,” he said.