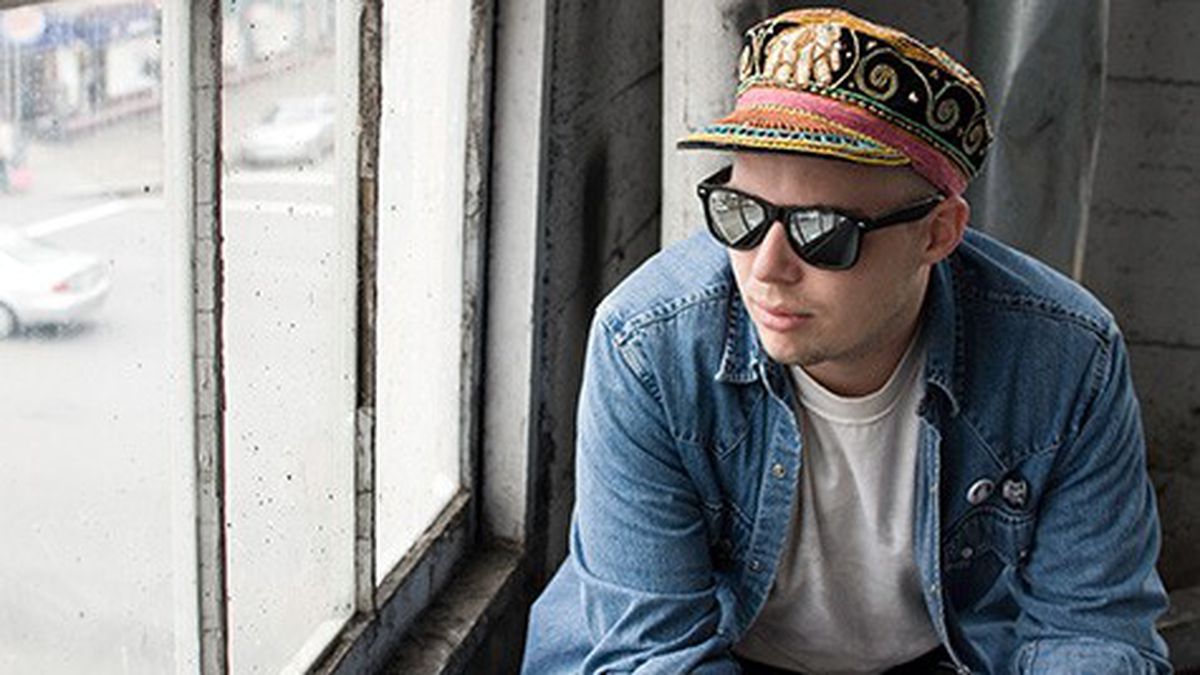 How he earned the company of psych rock's elite with skills honed as a rap producer and DJ.

The name “Al Lover” brings to mind unsung rappers from the late 1970s, an association that the 33-year-old DJ welcomes. And yet Al Lover isn’t embraced in the hip-hop arena as much as he is in the garage scene, having risen from the Bay Area rock milieu to international psych community prominence.

How did a Southern DJ earn the company of psych rock’s elite? By applying the universally admired hip-hop sampling techniques of J Dilla to the lauded psychedelia of his local peers in bands such as Thee Oh Sees, Ty Segall, White Fence, and Fresh & Onlys.

Al Lover has an eye for perceiving the common thread between psychedelic music and hip-hop, a skill that he’s been invited to showcase around the world. Recently, he’s curated mixes for the reputable Austin Psych Fest, played the Desert Daze festival in Southern California and Liverpool Psych Fest, and collaborated with psych auteur Tim Presley of White Fence.

Lover started producing songs in 2007 for his rap crew Fist Fam, a legion of San Francisco transplants by way of Asheville, North Carolina whom he had known since high school. Fist Fam drank whiskey, got rowdy, and rapped about it over Al Lover’s good-ol’-boys-rock-meets-boom-bap production. On the side, though, Lover was crafting funk and psych suites that displayed a Madlib-esque flair for obsessively sampling and looping blues breaks to the bounce of a boom bap drum pattern. That approach yielded two albums — All Over (2009) and Reflective Flesh (2010) — but Al Lover started to struggle with traditional rap’s format limitations.

“I’d rather let the song speak for itself in most cases,” Lover said in an interview. “I would say my punk and rock ‘n’ roll influences have directed my production style. I feel like I’m trying to make beats that sound like a rock ‘n’ roll record, specifically a space rock or kraut record, instead of just making beats.”

In the Fist Fam days, he also went to dozens of Thee Oh Sees and Ty Segall shows, delving deeper down the rabbit hole of psych music — and severing his sounds from a rap model. He cited the local garage bands’ abilities to cultivate a vibe and energy with scrappy equipment and poor fidelity as an influence on his use of the MPC 2000XL, a vintage sampler machine often used by hip-hop producers.

“I just really love the energy of those bands, and though the sound quality of the recordings of their earlier work is horrible, it’s part of the aesthetic,” he said. “Those records had grit.”

Earl was the only one who wasn’t amused. Lover found that most of the bands he remixed appreciated his ability to warp and mutate their originals into a hip-hop tableau. Following 2011’s remix collection, Distorted Reverberations, Lover graduated to producing commissioned remix albums for Headways Recordings and the acclaimed Swedish psych collective GOAT.

“It’s funny, the older psych heads, especially those from the UK and Europe, see the parallels of what I’m doing because of what was going on over there since the late 1980s with club and rave culture influencing rock music so much,” he explained. “The younger, newer bands I think are excited to hear something fresh in what is becoming a somewhat oversaturated scene.”

Lover’s latest album, Sacred Drugs, was co-released last month by Psych Army Intergalactic and Crash Symbols, and includes a collaboration with Morgan Delt. Lover tapped the Los Angeles-based psych artist to work with him after hearing his self-released cassette. Delt’s guest appearance on the track “Super Strength (Power Plants)” was in the works well before Trouble In Mind released Delt’s well-received debut album. Unlike Lover’s earlier albums, Sacred Drugs is heavily influenced by drone, an aspect he said he views as the spiritual core of all of the genres he admires most.

“I would say the parallels between kraut, dance music, hip-hop, drone — all this kind of stuff — rely on extreme repetition. That’s also the base of ritual tribal music, and it has the ability to put people in a place that can produce a type of transcendence, which for me is the point of music,” he said.

Best Waterfront Dining: But you’ll have to beg for a window...

Poisoning the Well: How the Feds Let Industry Pollute the Nation’s...