.Against the Law: The Crime Films of Anthony Mann 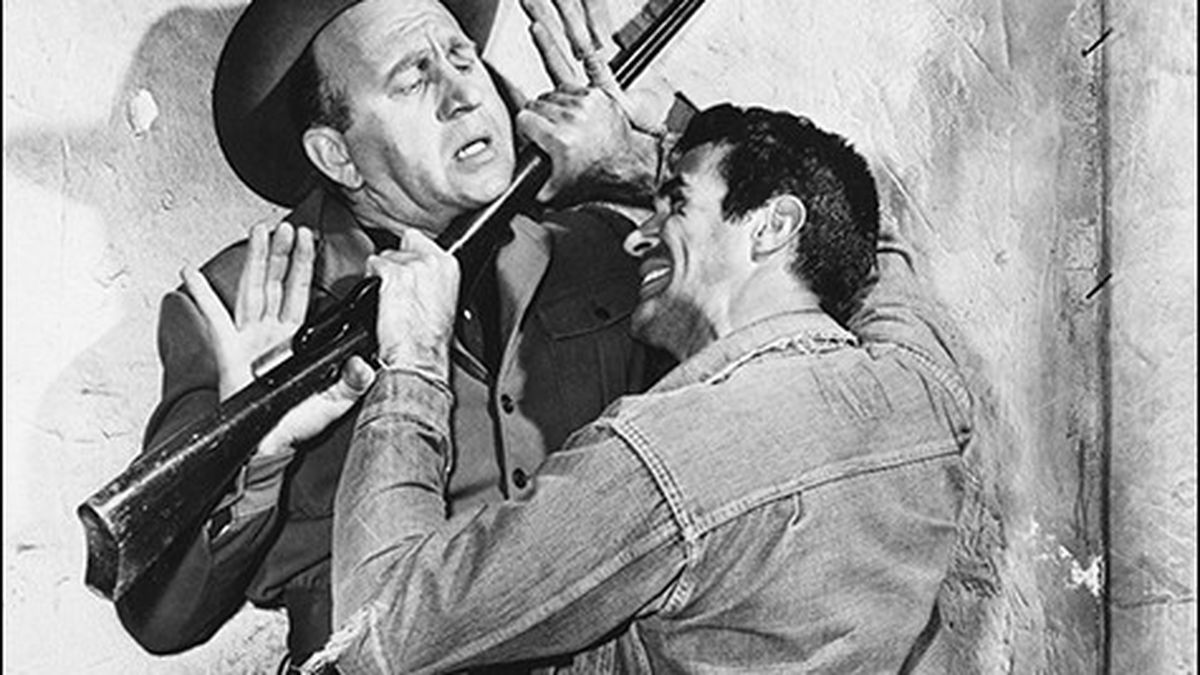 The word is out on Anthony Mann. Previously the “secret” favorite of critics, industry pros, and film students, filmmaker Mann (1906-1967) seems to be finally getting the widespread recognition his work deserves, as a master storyteller and director of actors who made a remarkable string of smashing action entertainments in Hollywood’s studio system. Case in point: “Against the Law: The Crime Films of Anthony Mann,” a succinct mini-retrospective of seven movies beginning this weekend at the UC Berkeley Art Museum/Pacific Film Archive.

Mann specialized in genre pics, especially westerns and what are now known as films noirs. All seven titles in the BAM/PFA series fall under the noir heading. Mann’s touch with the sour, disillusioned atmosphere of those post-WWII crime movies is legendary among experts of the genre, including Alameda author and Noir City showman Eddie Muller, chief executive of the Film Noir Foundation. “I think a strong case can be made for Anthony Mann being the premier purveyor of noir during the classic Hollywood era, certainly among American-born filmmakers,” said Muller. “What I especially appreciate about him is that he diligently worked his way up through the B ranks and made interesting and stylish films every step of the way, even when the material was ludicrous.”

This series omits the ludicrous stuff. Curator Steve Seid has chosen the cream of Mann’s noir crop, all produced between 1946 and 1950 — the sweet spot for noir aficionados. “He just exploded when he hooked up with [cinematographer John] Alton; they sparked each other in an extraordinary way,” said Muller. “That run of T-Men, Raw Deal, Border Incident, and Side Street is as good a streak as any Hollywood filmmaker had at that time.” All those titles are set to play the BAM/PFA, but we’re perhaps most excited about Mann’s slam-bam exposé of dirty farm labor practices along the US-Mexican frontier, Border Incident.

Inside the then-popular “official US government” wrapper — and nominally starring meta-square George Murphy as a G-man — the 1949 crime pic examines the plight of Mexican laborers who risk everything, then as now, to sneak across the border in search of a job picking vegetables in California’s Imperial Valley. The real leading man is Ricardo Montalban, in his first Hollywood topliner role, as Mexican federale investigator Pablo Rodriguez, who goes undercover as an illegal bracero and finds enough corruption and violence to spoil a Safeway full of produce. Poor Mexicans are smuggled in, paid peanuts, and disposed of like trash.

Director Mann and screenwriter John C. Higgins array a thrilling gallery of bad guys against Pablo, beginning with the always-untrustworthy Howard Da Silva as the sleazy grower who profits from the misery. Behind him, nasty foreman Charles McGraw, leering Alfonso Bedoya, bug-eyed Arnold Moss, and ornery jackalopes Arthur Hunnicutt, José Torvay, and Jack Lambert handle the wet work. And let’s not forget Sig Ruman as Hugo Wolfgang Ulrich, owner of the coyote cantina in Mexicali. Mann parcels out individual bits of filthy business to each of these bit players, as in all his best films, and the result is a richly detailed, unforgettable slice of menace, photographed by Alton in ever-deepening shades of black. Border Incident plays February 21 at 8:40 p.m.

New York author Max Alvarez appears in person on February 13 and 14 to introduce the Dennis O’Keefe starrers T-Men (counterfeiters versus feds) and Raw Deal (escaped con with one girlfriend too many), as well as to celebrate the publication of his new book, The Crime Films of Anthony Mann. Alvarez is also a special admirer of Border Incident: “In many ways it is Mann’s first Western despite its contemporary setting. Mann and his collaborators managed to create a movie that was not only intense, suspenseful, and brutal, but one of social conscience and human compassion.”

“Against the Law” opens this Friday, February 7, with a twin bill of Strange Impersonation (7 p.m.), Mann’s quirkiest noir, a scientific love triangle melodrama; and Desperate (8:30 p.m.), a no-way-out nightmare starring Steve Brodie and Raymond Burr, the latter at his foul best in the notorious swinging lamp beating scene. Wise guys and canny dames will catch all seven. For a full schedule, visit: BAMPFA.Berkeley.edu