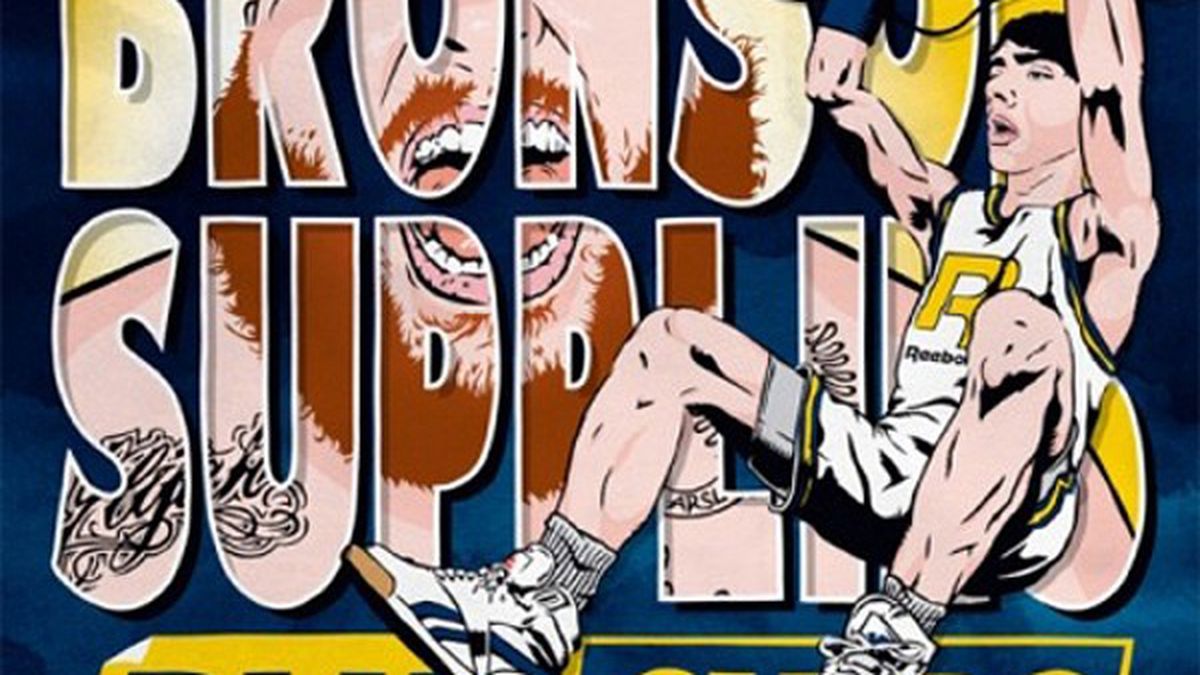 Here’s a guarantee: you’ve never heard a rapper like Action Bronson. In timbre, maybe, but on this album the Queens rapper discourages Wu-Tang comparisons (“Don’t ever say my music sounds like Ghost’s shit!”). He makes the remark because, well, it does, but this burly 315-pound Iron Chef of New York hip-hop is nothing like his predecessors. The best argument for his uniqueness, short of his anomalous look, is his lyrics.

On his new Blue Chips mixtape Bronson manages to drop choruses such as from having money on my mind to having money in my pocket/bone marrow roasted; spread it on the rosemary bread, lightly toasted/drizzle with the vinaigrette, or lines like antipasti is a cold dish, and still somehow sound like he’s going to bust your face over a botched drug deal.

For every bit of high-class culture (he used to be a gourmet chef), Bronson compensates with a proportionately lewd trifle or spoonerism. So yeah, he’ll salivate, from the farm right to the table… figs at the peak of they ripeness, but that comes right after a cruder line about a strong odor of the weed like your Grandma’s butt. He has an unbelievable knack for fitting in references to his own anatomy, and he’s not shy about the female figure, either.

But the above makes him out to be sort of a novelty. On the contrary, he’s received recognition because he’s more technically skilled than today’s average emcee. He has a classic New York flow, and as tongue-twisters go he can handle mouthfuls like no other. (Indeed, the food references never stop.) Bronson is loud and bawdy, sure, but this one-off, Party Supplies-produced outing displays that he’s got both tremendous potential and an appetite to match. (self-released)