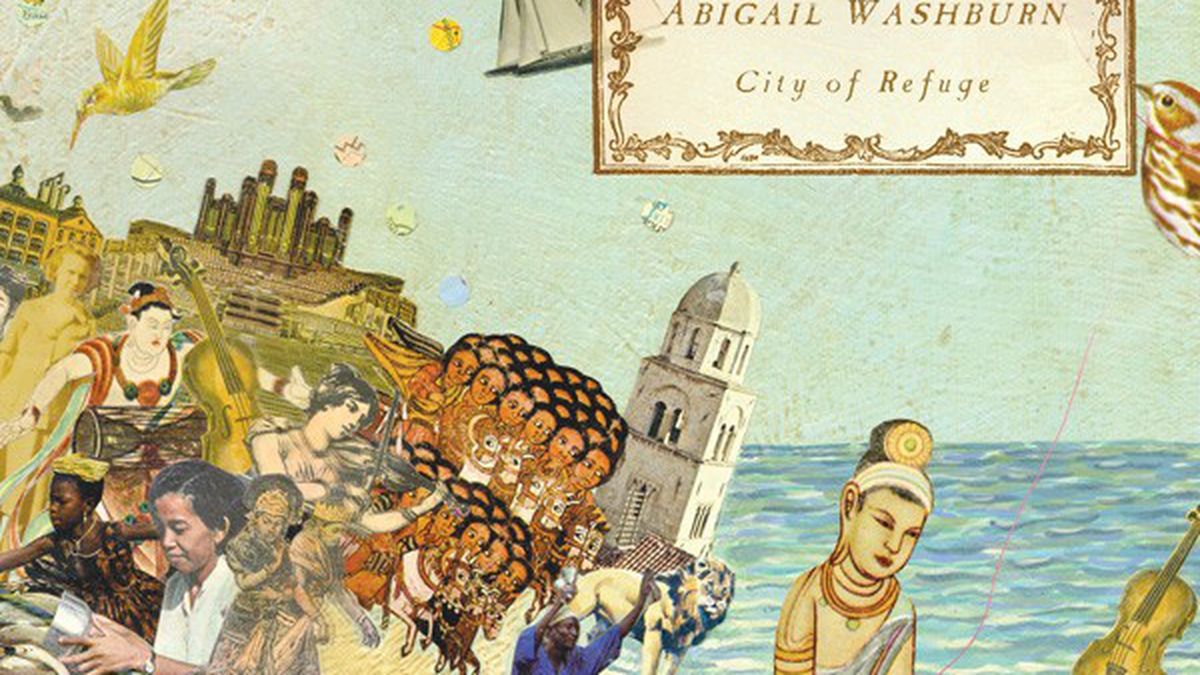 Abigail Washburn was banjoist for the all-female bluegrass quintet Uncle Earl, and she frequently performs in duo context with multi-culti banjo wizard Béla Fleck. But her third solo disc is a major departure even from those eclectic pursuits. City of Refuge is helmed by producer du jour Tucker Martine (Tift Merritt, The Decemberists) and at times its rich, gauzy, dreamy ambiance evokes The Decemberists, provided the latter had grown up in the Ozarks. There are bluegrass and old-timey string-band elements in Washburn’s songs, but they are used in mostly untraditional ways. The title track features fiddle and a recurring motif played on her banjo, but the singer’s cool, almost-sighed vocals make it sound indie-rock-ish, particularly as she coasts over a heartbeat-steady pulse. “Last Train” alternates a melodic line that seems to come from a doom-laden mountain ballad — until the surging, galloping chorus kicks in. Ethereal guitar twang (Bill Frisell) and some keening, past-midnight steel guitar (Decemberists’ Chris Funk) are icing on the cake. “Chains” is a sleek, forlorn mid-tempo almost-rocker with a Fleetwood Mac/Crowded House-like chorus and hook — if this were a fair world, it’d be a radio hit.

Washburn hasn’t forsaken her acoustic pedigree, however, and she still has the wistful, unforced sultriness of Dusty Springfield or Shelby Lynne. Her original “Divine Bell” (co-writ by Ketch Secor of Old Crow Medicine Show) sounds like classic bluegrass gospel. The closer is the traditional hymn “Bright Morning Stars” performed by a Washburn-led chorus nearly a cappella. It comes off inexorably sad and unbelievably hopeful. So it’s clear that in Refuge, Washburn isn’t just drawing from purist ideals of “tradition.” She’s extending tradition, making the case that rock, folk, and gospel are but threads in a grand tapestry. (Rounder)