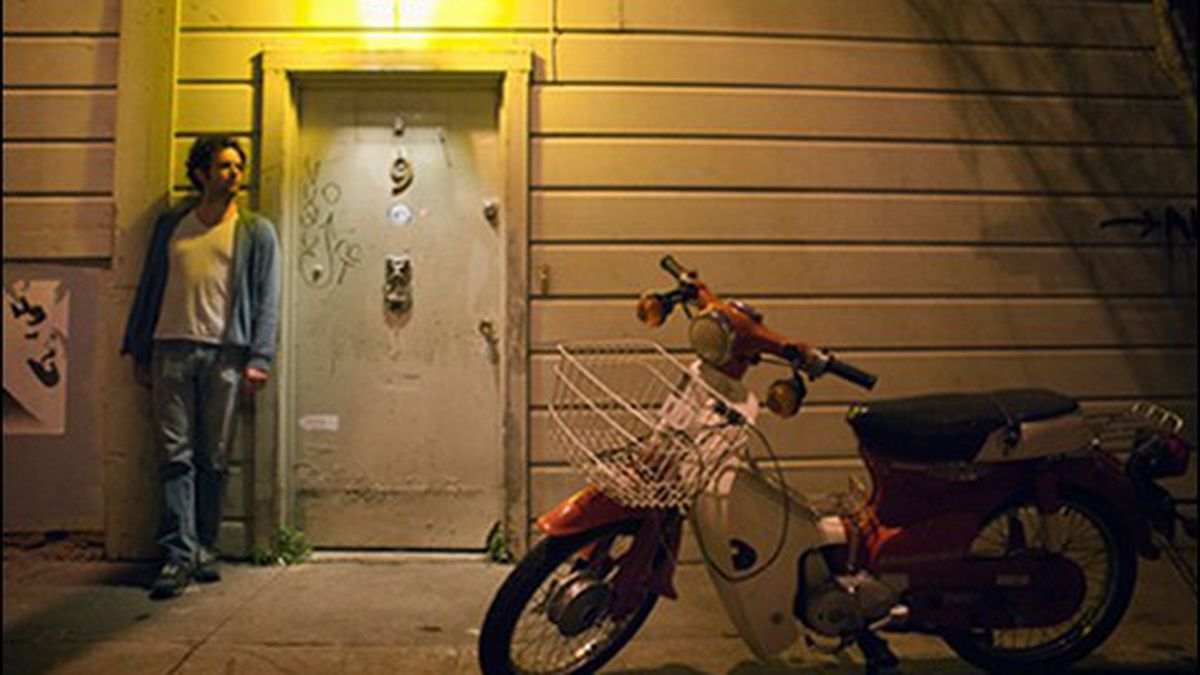 Adobe Bookshop is widely considered to be a vestige of “the old Mission district” — meaning, the Mission that existed in 1989, before the dot-com boom. To bass clarinetist Aaron Novik, it’s both a relic and a muse. He started working there back in 2004, and gradually befriended the regulars — Bart Alberti, a fringe poet who threw himself in front of a train in 2006; Swan, the former news broadcaster who fed pigeons and lived in a VW bug; Michael Bernard Loggins, a writer and prodigious list-maker who is most famous for cataloguing his fears (138 of them appeared in the self-published ‘zine Fears of Your Life). Novik took their poetry and set it to music, forming two different chamber groups (called Floating World and Thorny Brocky) to interpret the material. After signing to Porto Franco Records, he put the songs on disc and called the album Floating World Vol. 1. Billed as an “homage” of sorts, it uses anguish and neuroses as grist for art.

Floating World may be structured as a chamber suite, but in many senses it’s a work of literature. And Novik perceives it as such. “The music, yeah of course, that’s my angle,” he said. “But it’s about these different poets, and the Mission, and Adobe Books. It has all this human face to it.”

Novik is thin, square-jawed, and purposeful-looking, though he describes himself as shy and self-conscious. His facial expressions are only enhanced by a five o’clock shadow and mop of curly black hair. Raised in Connecticut, he studied psychology at a small liberal arts college and moved to the Bay Area in 1997, with the intent of pursuing a music career. For the most part he’s self-taught. Novik took viola lessons as a kid, learned to read music, got bored with it, switched to electric bass, and had a brief stint as garage rocker. His parents poo-pooed the idea of music school — hence the psychology degree — but Novik says that, ultimately, his passion overruled anyway. After resettling in San Francisco he got a job at the Feelmore Juice Bar (no relation to the sex shop) and formed a group called Rats with Wings. By the time he snagged the job at Adobe, he could play five instruments (clarinet, saxophone, guitar, bass, and strings) and write for large ensembles. Just about anything could serve as source material.

The Adobe Bookshop gig was good for people-watching, since the store brought in all sorts of wordy, eccentric bibliophiles — many more than you’d find at a typical Borders or Barnes & Noble. Not to mention it had a near-virulent way of fostering and incubating local artists. That had to do with the neighborhood, and the magnanimity of the store’s owner, Andrew McKinley, who could never turn anyone away. And anyone who’s been inside will tell you it’s more than just a bookshop. Two couches flank an open space in the foyer, where musicians hold small concerts. Devendra Banhart was a regular at Adobe in the 1990s. Artists from the Mission School exhibited their work there. In 2004, an artist named Chris Cobb became the subject of an NPR profile after he took apart the store’s entire used book collection, and rearranged it by color. At that time, Adobe had more than 20,000 used books in stock.

It seemed like the perfect place for a musician like Novik, who likes observing people and taking stock of their quirks. Take Bart Alberti. At first, the poet treated Novik the way a feral cat might regard an old lady brandishing a can of Whiskas. “He came in for a year and never talked to me,” the clarinetist recalled. “And then one day he started talking to me as if we were old friends.” After Alberti’s death, Novik uncovered all sorts of strange details about the man’s biography — not just that Alberti was autistic, but that he’d written several novels and a two-hundred-page treatise on the cyclical nature of history.

One of Alberti’s poems, “Bataille,” was printed on a bookmark and distributed at the man’s eulogy. To Novik, it made a perfect libretto. “The way the lines went, it just all clicked,” the composer said. He wrote a piece for five instruments — bass clarinet, saxophone, violin, drums, and vintage organ — which started as a 6/8 waltz before shifting to a mid-tempo goth groove. “When I read it, it was very clear which parts were slower and which were faster,” he said. On Floating World, Carla Kihlstedt sings the lyrics, and the other instruments respond in kind. Doomed to an irremediable and labyrinthine/Disorientation, as Novik puts out a four-syllable clarinet phrase to echo the word “labyrinthine.”

Like Alberti’s poetry, Novik’s music is robust and intricate and perplexingly complicated. It’s chamber music with a rock rhythmic approach, so the phrasing can be a challenge — especially for classically trained musicians. Most of Novik’s personnel come from the jazz world: His current band, Thorny Brocky, features Kasey Knudsen on saxophone, Lisa Mezzacappa on bass, Marie Abe on accordion, Jamie Moore on drums, and backing singer Melody Ferris.

Yet, for all its complexity, Novik’s music expresses feelings that are often intimate and compact. Discussing Floating World over fried chicken and salad at a SOMA neighborhood cafe, he framed it as both a music story and a public-interest story. Novik sees Adobe Bookshop as part of the album’s genesis. It is, after all, one of the only places where Swan can stand outside all day and hand out leaflets that promote drug legalization, and talk about pigeon feeding as though it were a sanctified act. Novik bemoaned the store’s current financial woes, which are more a function of the digital age and the bad economy than a decline in customer loyalty. A guy at a nearby table overheard.

“In ’89, I used to live in the back of Adobe,” the stranger said, sauntering over to Novik’s table. He was dressed like a highly literate hobo, with thick glasses and a page-boy haircut. He started waxing nostalgic. “It’s one of the last places that just is some sweet old coot with his style of business,” the man said. “It’s not maximized for anything.” He paused a beat. “It’s like San Francisco is so transitory, and then he’s got this old-style, bohemian, urban thing. And that’s all been bred out of San Francisco pretty solidly.”