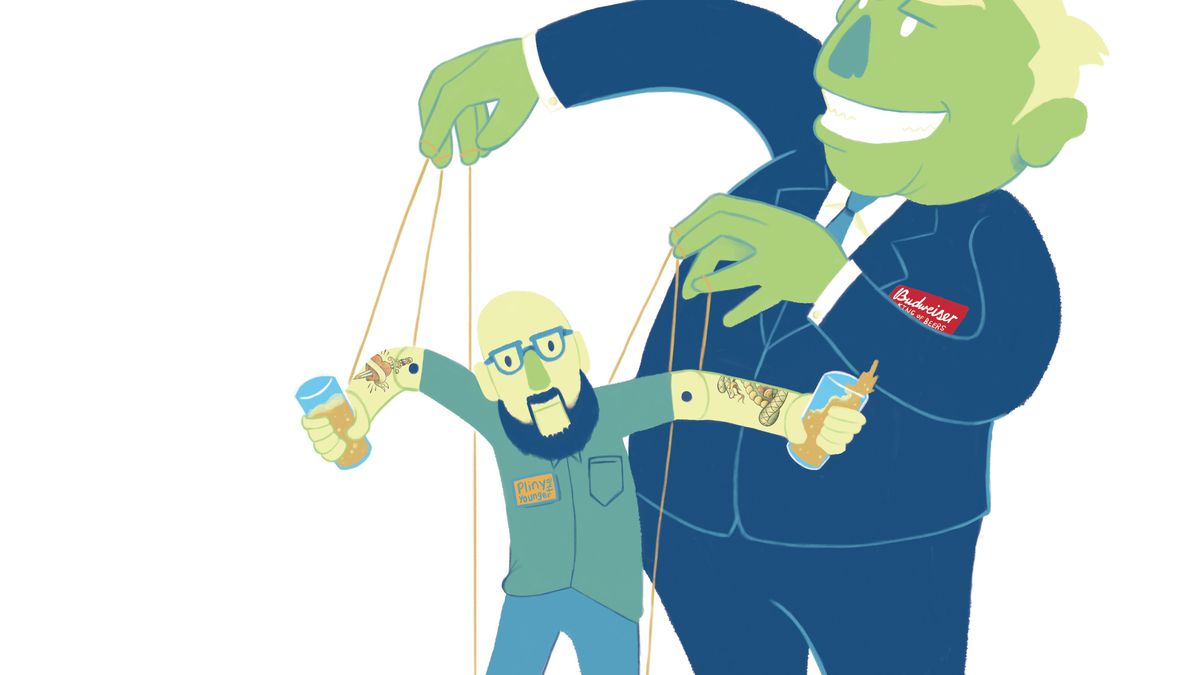 Share
Facebook
Twitter
Linkedin
Anheuser Busch InBev is the world’s largest beer corporation, owner of Budweiser, Corona, Stella Artois … you name it. In recent years, though, AB InBev’s made a foray into the craft-beer sector, and now the company plans to open a beer garden in North Oakland, as we reported last week.

But the beer empire’s arrival will be clandestine, in the form of Golden Road Brewing, one of the craft-beer brands that AB InBev gobbled up in the summer of 2015.

Permits filed with the city of Oakland this month show that Golden Road is planning to open a 7,000-square-foot facility and beer garden in North Oakland, which will take up three lots on 40th Street between Broadway and Manila Avenue. According to an application with the Planning and Zoning Division, Golden Road intends to brew on site, serve food, and also feature an outdoor beer garden with fire pits. And the entire structure will be — wait for it — constructed out of reclaimed shipping containers.

There are already several locally owned breweries making excellent brew within a mile of the proposed Golden Road site, including newly opened Temescal Brewing on Telegraph Avenue, and Drake’s Dealership.

Golden Road co-founder and president Meg Gill said in a statement that the company “happened to have found two great markets in NorCal.”

But if you think the arrival of “Big Beer” will raise all ships, consider what Tom McCormick, head of statewide advocacy group the California Craft Brewers Association, told the Express last year. He said the No. 1 risk to the otherwise thriving craft-beer industry is AB InBev’s lobbying prowess, and its bottomless coffers. “If you were to ask me the greatest threat to our industry now, that is far and away it,” he said of macro beer. “And it is clear now what their strategy is: If you can’t beat them, buy them.”

That’s why AB InBev purchased L.A.-based Golden Road two years ago, to get a food in the craft-beer door. Also last year, AB InBev paid more than $100 billion to merge with its chief competitor, SABMiller, an acquisition that the Department of Justice antitrust officials (inconceivably) green-lit. AB InBev now controls more than 30 percent of the global beer market.

Since the announcement of AB InBev’s arrival, some folks have argued that boycotting Golden Road would be silly. But I think back to the 1970s, in Belgium, when major industrial beer companies were pressuring smaller breweries out of the market. These macro breweries didn’t care about natural brewing styles. They just churned out industrial ales and lagers, and even regional “lambic”-style beers — and put many smaller breweries out of business.

Thankfully, many Belgian and U.S. breweries survived the “Big Beer” menace. For example Cantillon remains in Brussels to this day, brewing natural “lambic” beer despite attempts to squeeze them out.

Last year, Cantillon’s owner likened AB InBev’s purchasing of craft breweries to letting the foxes run the henhouse. And now the biggest fox of all is coming to Oakland, a tacit threat our locally owned brewhouses.

Don’t be fooled. AB InBev doesn’t want to make beer buddies. It’s coming to Oakland with one goal only: to dominate.

Previous ArticleDon’t Call It a Goodbye

Next ArticleFor Here or To Go?: The Big Bungle Theory