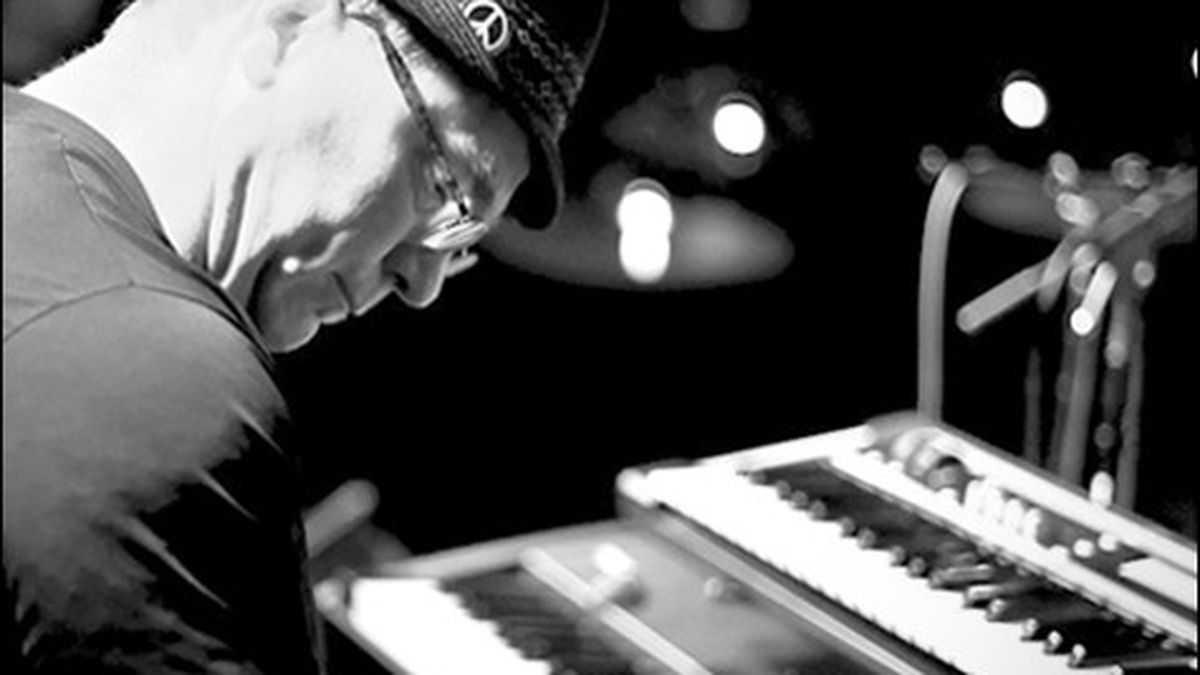 East Bay keyboardist gets back in the saddle.

At the age of fifty, East Bay keyboardist David K. Mathews wasn’t just playing the blues anymore. He was living the hard-knock life on the road, traveling by van to an endless stream of one-nighters, struggling and sometimes failing to make the rent. It was quite a comedown for a seasoned veteran who had gotten used to royal treatment during a two-decade run with Etta James, a gravy train that jumped the tracks when the blues legend had to start canceling gigs due to a cascade of health problems, culminating in the dementia that has put her at the center of an ugly family custody dispute.

“The last gig I did with Etta was May 2009,” Mathews said. “We did the Blues Cruise in October and she couldn’t remember the lyrics to ‘At Last’ and that had never happened before. The doctors wanted to fly her off the ship. But she’d been struggling for a while already. In 2008 gigs started getting canceled at the last minute.”

Just when things looked particularly bleak, Mathews got a call out of the blue last August from Carlos Santana‘s assistant, who asked if he was interested in joining Santana. By the end of the month he was a member of the band. Just as suddenly as hard times found him, Mathews was back in the limelight, traveling internationally with one of rock’s classiest organizations. After a year and a half crisscrossing the country with searing blues guitarist Chris Cain, making $150 a gig for three or four hits a week, Mathews is savoring the return to financial equilibrium.

“With Chris we drove out to the East Coast three times, and covered a lot of miles,” Mathews said. “That’s okay when you’re 25, but not when your 50. It was wearing me down. I ended up with no equity in my condo. Suddenly they’re canceling my credit cards. I was hunkered down, trying to keep my nose up, keep the bills paid. Now I’m out of debt, and Santana has four major tours around the world this year.”

If the bass duplication seems odd, the explanation can be found in Mathews’ expansive résumé. While he’s best known as a blues keyboardist and funk organist — he got his first big break replacing Chester Thompson in Tower of Power — Mathews is also a rhythmically supple Latin jazz player, a fierce post-bop Hammond B3 organist, and an accomplished jazz pianist. His versatility has earned him tremendous respect among a younger generation of genre-bending players, like Cohen, who met Mathews while contributing to “Muziek” (Patois Records), a sophisticated, funk-tinged Latin jazz session by the VW Brothers, aka Mark and Paul Van Wageningen.

“Dave’s a perfectionist,” Cohen said. “He’s got perfect pitch and he’s always on point with his stuff. At a recording session, he is usually the person who has to arrange it for everybody. He’s got a million charts on him that he just wrote last night. He’s really passionate about his work, and he’s always got his shit together. It’s very inspiring.”

Though he came to straight-ahead jazz relatively late, Mathews has honed a terrifically exciting style in which he builds waves of momentum with block chords, often cresting with a shout chorus. For several years he was a mainstay at the lamented North Beach nightspot Jazz at Pearl’s, accompanying vocalist/proprietess Kim Nalley and backing traveling luminaries like Pink Panther tenor sax great Plas Johnson.

Born in Berkeley and raised in Walnut Creek, Mathews left home at sixteen, and before long he was supporting himself playing in R&B and Top-40 bands around the East Bay. He soaked up blues at Larry Blake’s on Telegraph with Tim Kaihatsu and developed his Latin chops with Ray Obiedo and Pete Escovedo. Then he earned his R&B stripes with Tower of Power and delved into Crescent City grooves with Maria Muldaur.

“I guess I’m sort of a chameleon,” Mathews said. “It’s really impossible to play every style of music really well. But at the same time, I love so many different kinds of music, from Afro-Cuban and Brazilian to classical music and jazz organ, and gospel organ for that matter. I’d like to be able to do it all, and do it all perfectly. I figure it gives me a few goals to strive for throughout my lifetime.”

While mostly self-taught, Mathews sought out players like Mark Levine, Dick Hindman, and Dick Whittington when he decided to devote himself to jazz. He’s marked his musical progression with an impressive collection of tattoos. He probably doesn’t have enough bare skin left to represent every style he loves, but he’s made real progress, with the brilliant New Orleans funkster James Booker on his left pectoral, and a smoky image of Nat Cole on his right. Below that there’s a Tower of Power logo, and on his shoulder he’s added his latest ink, a jaunty image of Fats Waller from his 1930s heyday. The idea was that once Waller took up residence, Mathews would be duty bound to act upon his love for the demanding Harlem stride piano style.

“I really wanted to learn how to play some Fats Waller,” Mathews said. “So I thought maybe if I got a tattoo of him I’d have to be able to back it up, and that’s what happened.”

He didn’t say whether he’s got real estate set aside for an image of Carlos Santana, but Mathews fits snuggly in the band, joining a core of old friends and Bay Area stalwarts like trombonist Jeff Cressman, trumpeter Bill Ortiz, and vocalist Tony Lindsay. Once again, he’s taken over an iconic organ gig from Chester Thompson, who had held the chair since 1983 (a Los Angeles cat who replaced him didn’t work out, which resulted in the call to Mathews).

“It’s like joining a great baseball team,” Mathews said. “You pay your dues for a long time, maybe you’ve been scuffling around, and then suddenly you get a call from the Yankees. We want you to pitch next week. This has been a real blessing.”