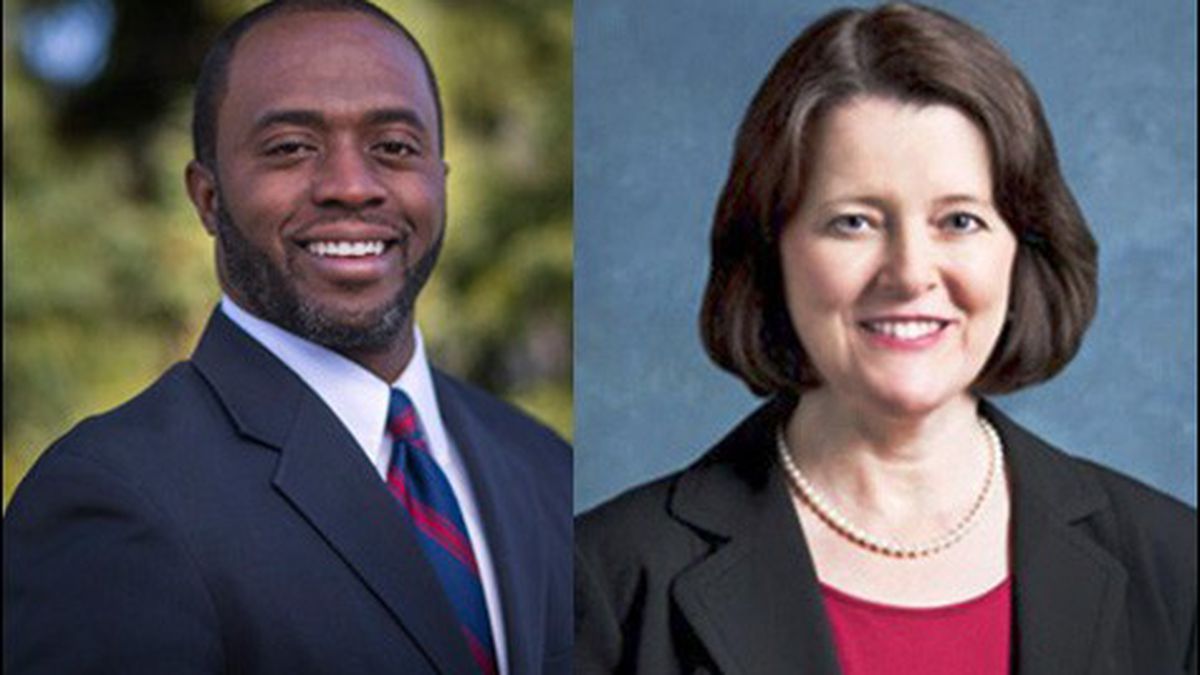 Although the East Bay's 15th Assembly District features eight candidates, the contest appears to be shaping up as a battle between Elizabeth Echols and Tony Thurmond.

The race for the state Assembly’s 15th District is hotly contested for the first time in years. Assemblymember Nancy Skinner is being termed out of office, opening the door for a large group of candidates to run for the seat. But as the June 3 primary approaches, the race appears to be shaping up as a battle between former Obama administration official Elizabeth Echols and ex-Richmond City Councilmember Tony Thurmond. And Democrats are split on whom to support.

Currently, there are eight candidates running in the primary for the 15th district, which includes North Oakland, Emeryville, Berkeley, Albany, El Cerrito, and Richmond, but only the top two vote-getters will go on to the general election in November. The 15th district (formerly the 14th district until 2012, when the boundaries were partially redrawn) is dominated by Democrats, and the top issues in this year’s contest include the state’s struggling public school systems, low wages, unemployment, and the lack of quality health care. The last issue is especially acute in the northern part of the district where Doctors Hospital, a 189-bed facility, is scheduled to close in July after voters rejected a $20 million parcel tax earlier this month. Doctors, which is $18 million in the red, is the only hospital serving West Contra Costa County besides the Kaiser Hospital in Richmond, which has a fifteen-bed emergency room that is considered woefully small for such a large area. The district also has environmental challenges related to heavy industry in Richmond, where Chevron operates a refinery that is the city’s largest revenue generator and the region’s largest polluter.

For the past 38 years, the 15th Assembly seat has been controlled by a close-knit group of popular, progressive politicians. It was first won by Berkeley’s current mayor, Tom Bates, in 1976. When Bates retired in 1996, his chief of staff, Dion Aroner, was elected to the seat, which she held until 2002, when Bates’ wife, Loni Hancock, took it over. Then when Hancock won a seat in the California Senate in 2008, Nancy Skinner — a former member of the Berkeley City Council and the East Bay Regional Parks board who is also a longtime Bates family friend and a former campaign coordinator for Hancock — won the seat.

Not surprisingly, leading the pack in money raised in this year’s race is Bates’ and Hancock’s favored candidate, Echols, who has raked in more than $300,000 for the primary. Echols has never held elected office, but she has a long résumé in the public sector. A Berkeley native, she was selected by the Obama administration to serve as the regional administrator of the US Small Business Administration (SBA) and senior advisor on clean tech initiatives. Echols also served as an internet and e-commerce advisor to Vice President Al Gore during the Clinton administration.

Campaign watchers say she would likely champion progressive policies in office, much like her predecessors. If elected, her top priority would be education, she told a gathering of the Metropolitan Greater Oakland Democratic Club last week. “There are three levels of need, which starts with reinvesting in K-12, starting work with younger learners to make sure every child is ready to start kindergarten, and we need to reinvest in higher education,” she said. “We need to give the tools to every child so they are successful in their lives.”

Thurmond, the other leading candidate, a charismatic politician who has a track record in Contra Costa County as an elected official, activist for minimum wage increases, and an advocate for youth. He has collected an impressive primary war chest, nearly $300,000, and a list of endorsements from big-name Democrats.

Thurmond served on the Richmond City Council as an appointee and then later was elected to the board of the West Contra Costa Unified School District. As a councilmember, Thurmond made some tough decisions in favor of the environment — and against Chevron, the most influential special interest in the district. In 2008, he voted against awarding Chevron a city permit that would have allowed the oil giant to build a hydrogen plant at the refinery that would have increased greenhouse gases, according to the project environmental impact report. “I was the deciding vote against the permit and it was a tough decision,” Thurmond said. “I received a lot of grief from unions who accused me of being anti-jobs, but I wasn’t going to vote for something that would put workers in unsafe conditions — nor the children who live nearby the refinery.”

Thurmond said that after the August 2012 explosion at the Chevron refinery, many of the union representatives who had criticized him told him he had been right about his 2008 vote against Chevron and are now endorsing his campaign. While Echols has the coveted endorsement of the California Democratic Party, Thurmond has won some impressive endorsements from big-name Democrats, including East Bay Congressman George Miller, California Attorney General Kamala Harris, Lieutenant Governor Gavin Newsom, and state Senator Mark DeSaulnier, as well as Contra Costa County Supervisor John Gioia, who represents the northern section of the 15th district. Thurmond also has strong union support, including from the California Teachers Association.

Another candidate who has been getting a lot of attention is political newcomer Sam Kang, a consumer protection attorney at the Greenlining Institute. Kang heads up a legal team that fights redlining by banks — that is, that restrict the flow of wealth to less-affluent communities. Kang is a hardworking campaigner who has impressed crowds at candidate forums, including attendees of smaller events that the leading candidates have skipped. At an El Sobrante Municipal Advisory Council meeting, for example, Kang scored points with the modest gathering when he spoke about redlining and the fact that parts of the district that don’t have political influence usually receive poor government services.

The firebrand candidate in the race has been business owner Clarence Hunt, who has made job creation his primary issue. More than the other candidates, Hunt has taken critical aim at the Bates-Hancock hold on the district. “Bates, Hancock, Skinner, and now Echols use the term ‘progressive’ for their own self-aggrandizement. We’re going to break their hold [on the district],” Hunt said. The needs of cities like Richmond, he added, have been ignored in Sacramento, and the results have been “abysmal.” “[T]here are persistently high rates of poverty, no job development to speak of, and now Doctors Hospital is closing.”

Bates scoffed at Hunt’s claims. “When I was an assemblyman, I wrote 220 pieces of legislation and I spent more time working on issues in Richmond than anywhere else, including a major part of restructuring the West Contra Costa Unified School District when it was in crisis,” he said. “And Loni has bailed out Doctors Hospital at least twice. The problem there is 75 percent of patients don’t have medical insurance and property owners are reluctant to approve yet another parcel tax.”

Bates also argued that he, Hancock, and Skinner pursued some of the most progressive legislation in the state during their years in Sacramento. He also defended their political principles. “In 38 years, there has been no hint of conflict of interest, misconduct, or scandal, and the district is a better place to live in,” he said. “I think the voters are very lucky that these women have followed me into office.”

Candidate Eugene Ruyle, who represents the Peace and Freedom Party, has been enjoying this year’s enlivened campaign. Ruyle was the only candidate to challenge Skinner for the Assembly seat in 2012, and received 13.2 percent of the vote. The Peace and Freedom Party, formed in 1967, has never won an election. Asked why the party continues to field candidates, Ruyle said it’s critical to the practice of democracy.

“There are issues that need to be talked about, and if it’s left up to the Democrats, the public will never hear about them,” Ruyle told the MGO Democratic Club. “I was the only candidate willing to challenge the 15th district incumbent in 2012. You need to think about that. Thirteen percent, 23,000 people, were so disgusted with the Democratic Party that they were willing to vote for a socialist.”

The other candidates in the race are Rich Kinney, a Republican city councilmember from San Pablo; Pamela Price, a Democrat and civil rights attorney; and Berkeley scientist Bernt Wahl.

Facebook
Twitter
Previous articleReport: When It Comes to Mortgage Loan Servicing, Banks Are Still Failing to Comply With the Law
Next articleWednesday Must Reads: LAO Says Brown Is Overestimating Costs, Too; Feds Say Most of California’s Shale Oil Reserves Area Not Recoverable Via Fracking
18,637FansLike
0FollowersFollow
67,429FollowersFollow