.A Pint-Size Dose of Nerd 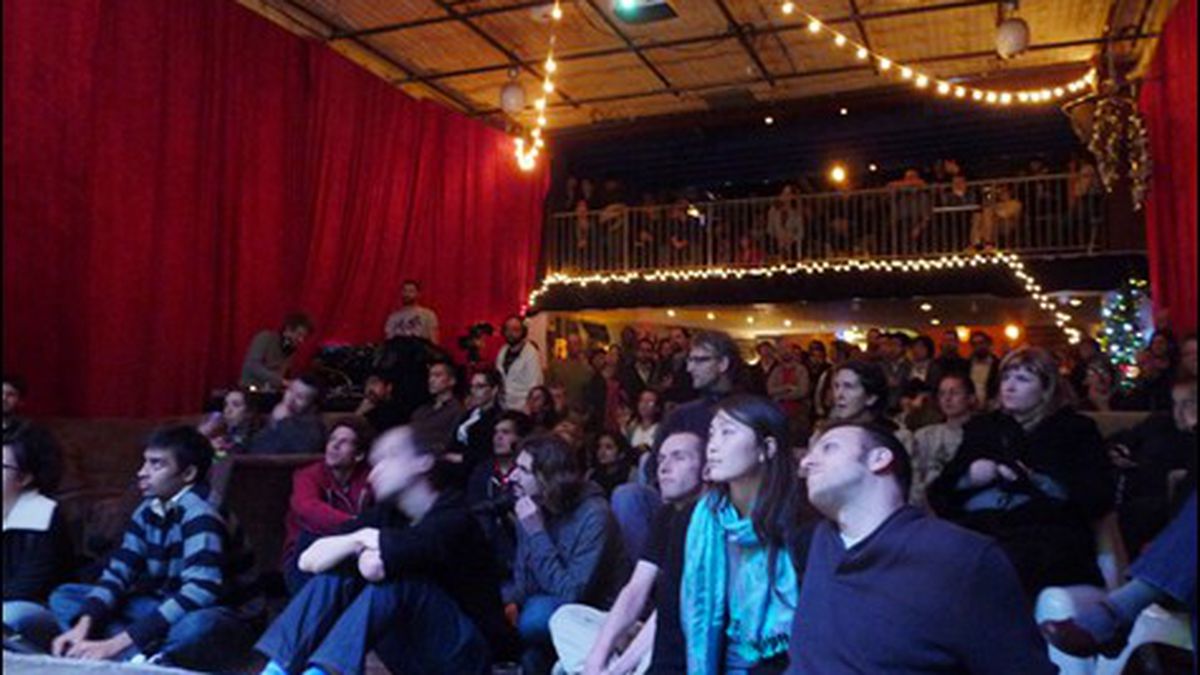 Chris Balakrishnan was an MIT grad student who liked to drink. One of his regular haunts in 2003 was Boston’s Midway Café, where he’d regale anyone who’d listen with tales from his obscure area of expertise: parasitic ornithology, otherwise known as the study of birds who lay their eggs in other birds’ nests. At some point the bartender at the Midway grew fed up with hearing the same stories over and over, and demanded that Balakrishnan invite everyone he knew for a single night of science and beer — one night to end them all. Balakrishnan obliged, but the resulting event was so successful that it quickly created a buzz among other individuals keen on sharing their own quirky, erudite knowledge. Inadvertently, thanks to a pissed-off bartender, Nerd Nite was born.

Now taking place in more than fifty cities around the world, Nerd Nite is like a TED Talk over beers, minus the whole tech-will-save-the-world mantra and the $5,000 overhead. Topics range from the science of The Simpsons to the art of geocaching, the sex lives of coral, and “radical breakthroughs in narwhal science.” Talks are limited to twenty minutes, and are given by day-job experts as well as “dedicated amateurs,” usually with tongue-in-cheek PowerPoint presentations to boot. “The only real requirement is that the topic be genuinely nerdy,” said Rick Karnesky, co-host of the new Nerd Nite East Bay, set to launch on Sunday, October 28, at the Stork Club (2330 Telegraph Ave., Oakland).

Nerd Nite San Francisco has been going strong for about two and half years now, but as the Rickshaw Stop’s monthly event began selling out, some of those involved thought it was time to set up a legitimate satellite. “The East Bay’s got so much in the way of science and tech,” said Karnesky. “It obviously deserved a Nerd Nite in its own right.” The opening of Nerd Nite East Bay coincides with the Bay Area Science Festival, which Karnesky and other organizers hope will rein in people already looking to get their obscure-knowledge fix. It’ll also make the Bay Area the first place in Nerd Nite history to offer two separate Nerd Nites in a single metropolitan area. It’s a testament, Karnesky said, to the Bay’s high concentration of nerdiness.

The debut event will feature a docent from the California Academy of Sciences waxing poetic about the life of Charles Darwin, a teacher spinning a yarn of “glamour and crime” in the history of Oakland, and a scientist from Lawrence Berkeley National Laboratory who will talk about, you guessed it, nanocrystals. “There’s this magic thing that happens when you’re learning in an entertaining way over beers,” said Karnesky, a longtime fan of Nerd Nite. “It’s educational, but first and foremost it’s social.” So what’s been his favorite Nerd Nite so far? A talk on the Martian magnetosphere, given by a scientist named — I kid you not — Dr. Brain. 7 p.m., $8. EastBay.NerdNite.com