.A New Star Is Born

The Burmese cuisine of Rangoon Super Stars is exemplary, but will it lift the "curse" of a Berkeley location? 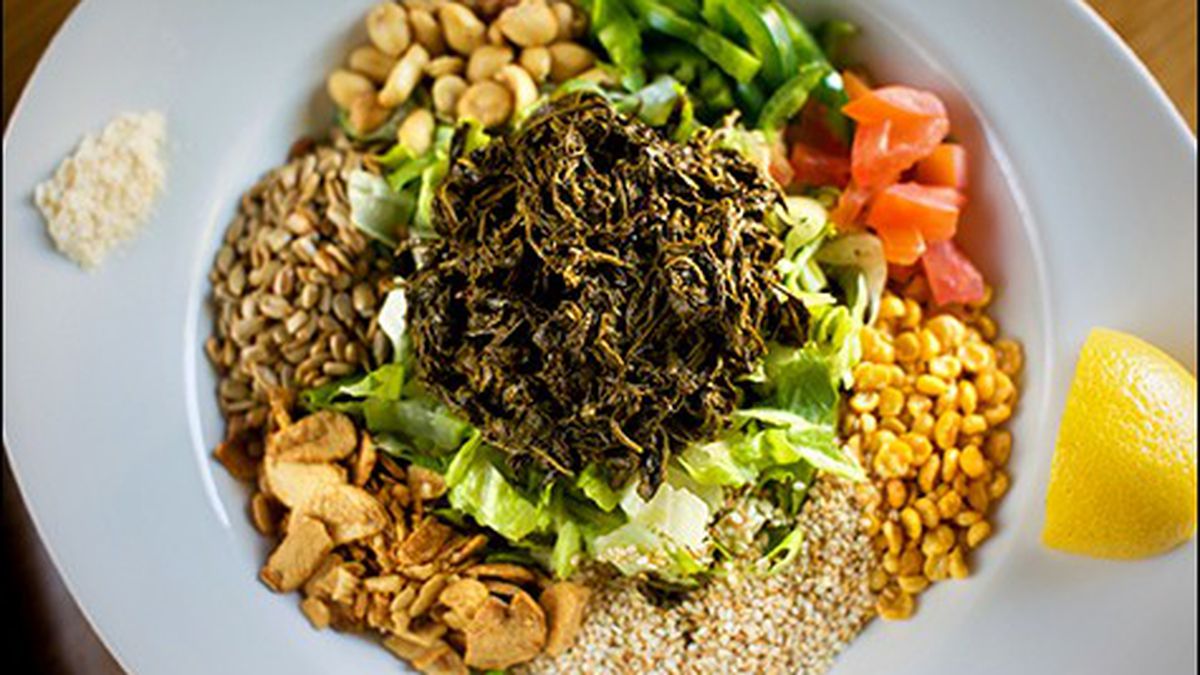 The space at 2826 Telegraph Avenue in Berkeley is what folks in the restaurant world call a “cursed” location. For various reasons — likely related to its hard-to-fill one-hundred-seat dining room and its location in a kind of No Man’s Land between Temescal and UC Berkeley — it has been home to a revolving door of restaurants, including, most recently, Origen, Locanda da Eva, and Maritime East, none of which lasted a year.

But with the arrival of Rangoon Super Stars, there are reasons to feel hopeful. Whereas you could always find better versions of those earlier concepts (farm-to-table, Italian, seafood, respectively) elsewhere in the East Bay, Rangoon is one of only a couple of Burmese restaurants in the area. More importantly, chef-owner Win Aye is serving better, more exciting exemplars of that cuisine — with its mix of Chinese, Indian, and Thai influences — than anyone else on this side of the bay. It’s food worth making a trek for.

Aye, a native of Burma’s former capital city of Rangoon (aka Yangon), was the opening chef at both the Alameda and Oakland locations of Burma Superstar and went on to help open Rangoon Ruby in Palo Alto and San Carlos before venturing out on his own. Rangoon Super Stars — a name choice that must, at the very least, be a source of mild irritation for Aye’s former employers — opened about two months ago with one of those dauntingly lengthy Asian restaurant menus in which the sheer number of choices can be paralyzing.

My advice: Get a soup and a salad. Regardless of what else you might order, chances are your meal will be off to a great start.

That might seem like an odd recommendation; after all, Asian cuisines are not known for their salads. But salads — colorful, multi-textured — are one of the hallmarks of Burmese cuisine. In the US, tea leaf salad is probably the most well-known Burmese dish, and Rangoon Super Star’s version didn’t disappoint: a sizeable platter filled with nuts and seeds of various shapes and sizes, crunchy fried garlic, tomatoes, romaine lettuce (Aye’s one concession to Western salad constructs), dark-green fermented tea leaves (lahpet), dried shrimp powder (for an extra jolt of umami), and other ingredients, each in its own little pile, everything mixed together tableside with a squeeze of fresh lemon juice.

The key ingredient is, of course, the tea leaves, which Aye said are a daily staple in Burmese households, where they’re often eaten as a snack, garnished with just a sprinkling of sesame seeds. When using the tea leaves in this kind of elaborate salad, most restaurants (Burma Superstar included) process them into a fine purée that’s diluted with oil. Aye, on the other hand, serves his tea leaves whole, so the flavor — musky, earthy, pungent — is that much more intense. After one taste of a salad like this, you’ll have a hard time going back to plain old American-style tossed salads.

The Rangoon Rainbow Salad, which featured four different kinds of noodles, wonton crisps, and cubes of fried tofu, was another successful melding of contrasting flavors and textures — something crunchy and something soft in every bite. As with the tea leaf salad, this is the kind of cool, refreshing dish that’s enjoyable any time of year, but it especially hit the spot during the recent warm weather.

My favorite dish, however, was the monk hingar, a puréed catfish chowder, wherein the mashed-up flesh from a whole boiled catfish is added to an aromatic, slightly spicy broth, serving as both thickener and flavoring agent. Again, the textures made the dish — the soft, eminently slurpable rice noodles; the richness of the yolk from a sliced hard-boiled egg; and an appealing crunch from pieces of fried mung-bean cake. Most unusual were the thin, crunchy slivers of a heavily peppered vegetable, which I later learned was the sliced-up core of a banana plant trunk.

Meanwhile, the samusa soup, which featured a well-spiced lentil base and large chunks of potato-filled fried samusas (think Indian samosas), was also excellent. The samusas were still crispy, and the thick, chowder-like broth had more depth of flavor, and was less salty, than the version at Burma Superstar.

Aside from soups and salads, the other must-order appetizer is the palata, a kind of multi-layered pan-fried flatbread, served with coconut chicken curry for dipping, that’s similar to a dish you’ll often see at Malaysian and Indonesian restaurants. Rangoon Super Star’s rendition was stellar, perhaps the best I’ve had. The bread itself was crisp-edged, flaky, and delicate; the mellow curry was packed with tender thigh meat and had just the right amount of sweetness.

On the other hand, while the entrées were enjoyable, I found them less interesting than the soups, salads, and appetizers — which, incidentally, would make a perfectly fine meal on their own. Again, because the menu is vast, and because many of the item descriptions list similar ingredient combinations, choosing an entrée felt a bit like throwing darts blindfolded. We wound up ordering an assortment of red curry dishes that blurred together in my memory: They all had a similar onion-garlic-tamarind base and a vaguely sweet-and-sour flavor profile. Still, each dish had some element of intrigue: The yellow tofu featured “tofu” made from yellow mung beans, yielding a texture akin to the insides of a fried chickpea fritter. Lemon juice and mint helped perk up an otherwise forgettable lamb kebat stir-fry. And the egg and okra curry had the sweetness of caramelized onions and the added textural interest of a deep-fried hard-boiled egg.

If anything, the kitchen seemed to be holding back the spice, perhaps out of fear of upsetting Western diners. Of course, that kind of sensitivity to local dining habits has its benefits — for instance, there are vegetarian versions available for many of the dishes on the menu.

All said, it’s still hard to tell whether Rangoon Super Stars will be able to reverse its location’s curse. If it doesn’t, it won’t be because of the food, which is lovely, interesting, and speaks volumes all by itself.