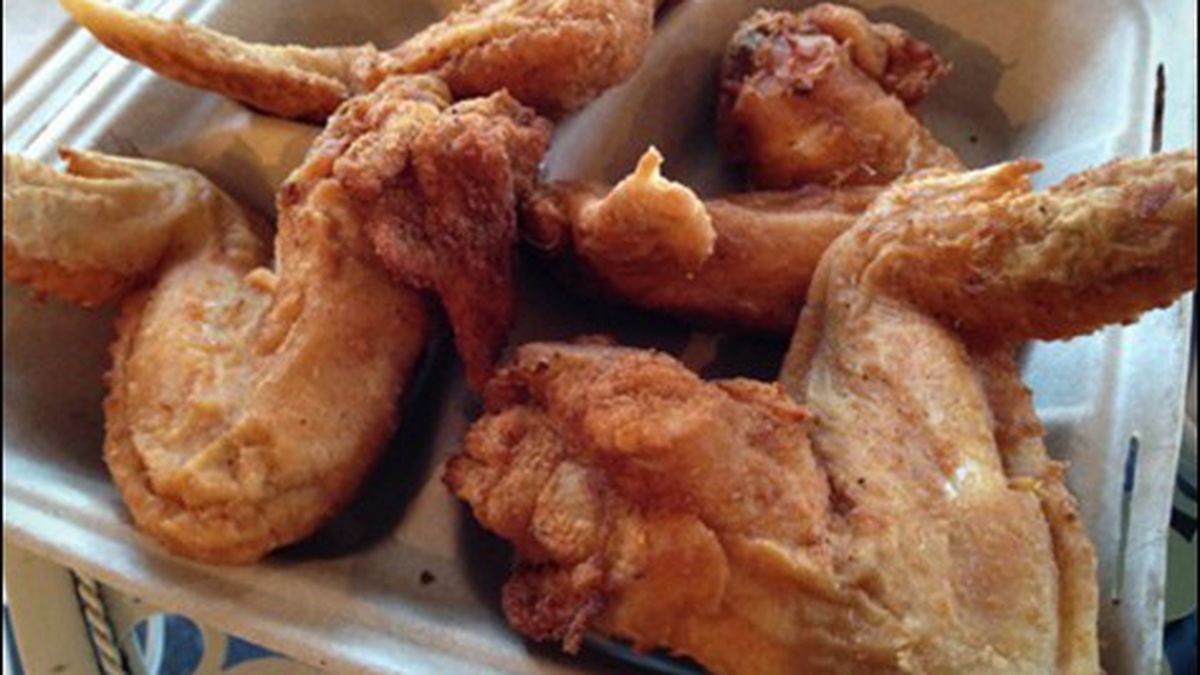 The Bay Area is home to food trucks that specialize in Eritrean-Irish fusion cuisine, Hong Kong-style egg tarts and curry fish balls, and tacos of every conceivable ethnic origin, among countless others. So it’s somewhat amazing to consider that Oakland resident Kenny Stuckey’s new venture, Kenny’s Heart & Soul, may become the first soul food truck in the Bay Area.

While there’s a mobile soul food trailer in San Francisco and a handful of trucks that serve soul-food fusion concepts — i.e., twists on Southern-style grits or chicken and waffles — Stuckey said he wasn’t aware of any truck that specializes in “strictly soul food.”

As for why there aren’t other food trucks that specialize in the cuisine, Stuckey said he believes it’s largely a matter of economics. Most notably, a new, fully equipped food truck often costs around $100,000. That initial barrier to entry, combined with the fact that soul food is a notoriously labor-intensive cuisine (and one that might seem less obviously lucrative than other, trendier food concepts), likely makes it cost-prohibitive for many.

Stuckey and his business partner have already purchased a truck, but still need to outfit it with a full kitchen. The project will cost upwards of $65,000 to complete, which is why, a year after Stuckey first started planning Kenny’s Heart & Soul, the truck has yet to become a reality.

But even though a recently concluded $20,000 Kickstarter campaign fell well short of reaching its target, Stuckey said he hopes the truck will be able to hit the road within the next couple of months. He said he’ll likely launch a new campaign on IndieGoGo, and is in talks with a number of private investors. Plus, Stuckey has applied for a $50,000 loan from the Oakland Business Development Corporation.

In the meantime, you can try Stuckey’s food at a number of recurring pop-ups in Oakland. Every first Sunday, from 11 a.m. to 3 p.m., Stuckey serves a full soul-food menu outside the East Bay Church of Religious Science (4130 Telegraph Ave.). And twice a month — on First Fridays, from 5 p.m. to 9 p.m., and every third Saturday, from noon to 4:30 p.m. — he does a chicken fry at the Sacred Wheel Cheese and Specialty Market (4935 Shattuck Ave.).

I had a chance to sample Stuckey’s chicken wings at a recent First Friday pop-up. Priced at $3.50 apiece, they’re huge, three-bone specimens — “pterodactyl wings,” as Stuckey called them. He seasons the wings with a proprietary spice blend, brines them, and dusts them with just a little bit of flour before dropping them in the deep-fryer: “I really think that people should get chicken and not batter,” he explained. They’re good, juicy wings.

The next Sacred Wheel chicken fry will happen from noon to 7 p.m. on Saturday, October 26 — the fourth Saturday of the month instead of the third, in order to coincide with a party that the cheese shop will be throwing.

First celebrated in 1975, Food Day was conceived by the Washington, DC-based Center for Science in the Public Interest (CSPI) as an Earth Day-like holiday designed to increase public awareness about the most pressing food-related issues of the time: the danger of exposing children to too much sugar, the environmental impact of large-scale agricultural practices, the threat that corporate farming posed to small family farmers, among others.

Given the fact that many of those issues continue to loom large, it’s no surprise that CSPI decided to reinstate Food Day — which only lasted a few years in its first incarnation — in 2011. According to Lilia Smelkova, CSPI’s Food Day campaign manager, the idea was to unify the sustainable food movement with all of its separate submovements — organic food, Slow Food, food access, etc. — under one platform.

Held on Thursday, October 24, this year’s event will focus on food education, Smelkova said. There will be Food Day celebrations at about 300 university campuses, including UC Berkeley, which will host cooking demonstrations and tastings of local foods from 11 a.m. to 2 p.m. on Upper Sproul Plaza.

In Oakland, the Jack London Square Farmers’ Market and Pacific Coast Farmers’ Market Association are putting together a Food Day Pop-Up and Beer Garden that will take place on Sunday, October 27, from 3 p.m. to 7 p.m. at Old Oakland’s La Borinqueña Mex-icatessen (582 7th St.). Organizer Sarah Trent told What the Fork that the event will feature an organic vegetable stand, mobile food vendors, and food artisans from Kitchener Oakland, and a local chef will be on hand to demonstrate how to use less-familiar items of seasonal produce. Beer will be provided by Linden Street Brewery and Almanac Beer Co. Proceeds from beer sales will benefit the association’s Market Match program, which gives food stamp recipients extra money to buy fresh produce at participating farmers’ markets.