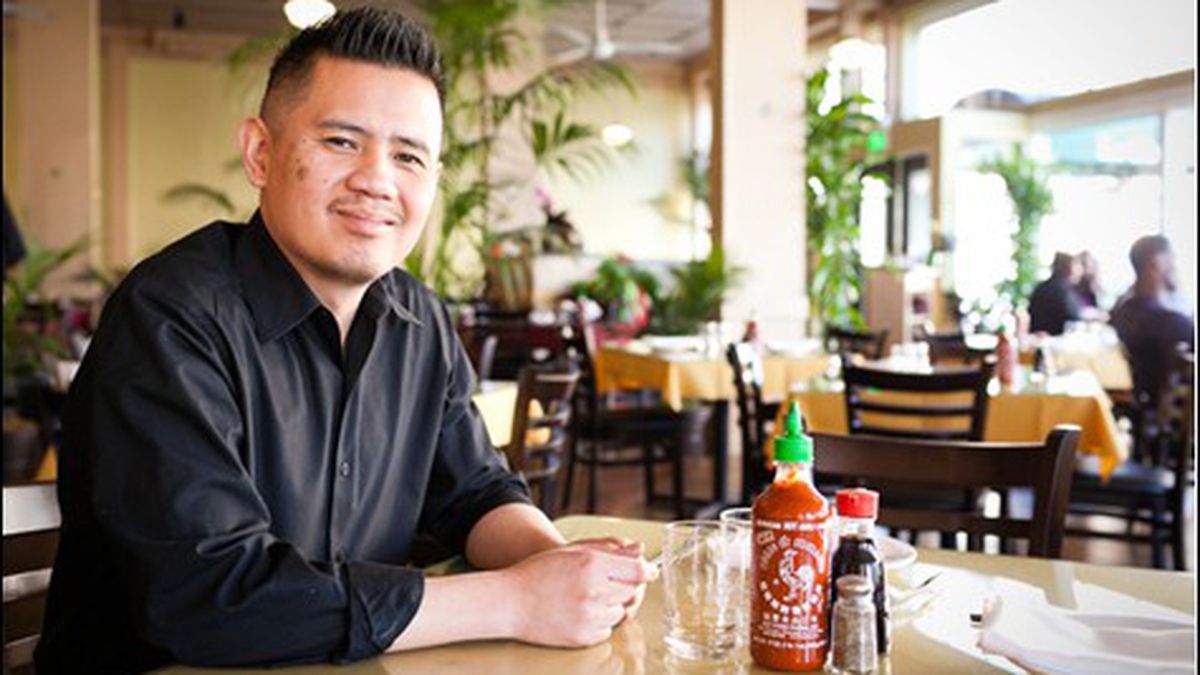 A New Lease for Le Cheval

One of Monica Ung's victims reopens at its original location.

Until recently, Quan Tran had all but given up hope on reopening Le Cheval, the popular Asian fusion restaurant his family had run for nearly two decades at 1007 Clay Street in downtown Oakland. The restaurant was evicted in 2009, ostensibly for failing to pay rent, though in reality the Trans had been embroiled in a long and onerous battle with their former landlord, Monica Ung, who had designs on replacing Le Cheval with a restaurant of her own. Even after Ung was convicted of two felony accounts of defrauding workers and taxpayers via her construction company, NBC General Contractors, Tran never thought he’d get the business back. As late as October 2011, when the building finally went up for auction after an unusually long six-month foreclosure period, it looked like the Trans were doomed to be casualties of one of Oakland’s most corrupt kingpins.

But karma will get you. So said Tran’s uncle Minh, who retired from the restaurant business at age 46 and now calls himself a hobbyist — he’s recently taken up photography. He and Tran sat together last Wednesday at a far table of the newly revamped Le Cheval, which had its soft reopening (with a slightly different ownership structure) the week prior at its old location. Minh set a large camera on the table, while Tran poured water from a pitcher with dainty ice cubes and floating slices of lemon. By noon, the restaurant was about two-thirds full.

The current Le Cheval closely resembles the previous iteration that Tran’s grandmother Tuyet Bui opened in 1994, in the roomy ground floor of a two-story building in Old Oakland — the top floor housed Ung’s clothing factory. Tran says he’s kept the aesthetic intact, and retained all the features that made Le Cheval such a rousing success. Throughout its tenure the eatery generated a long succession of “Best of the East Bay” awards and two satellite enterprises in Berkeley and Walnut Creek, not to mention a nearby wine bar that Tran plans to transform into a noodle house. He’s kept the menu largely unadulterated, using his grandmother’s recipes and hewing to the theme of French-Vietnamese mélange. Minor tenant improvements, like the new paint job and solid oak bar, only enhance a well-entrenched sense of rootedness. Everything about the new Le Cheval bears the old Le Cheval imprimatur.

Such attention to detail initially helped endear the Trans to Ung when they moved in two decades ago. While she may have been a nefarious business owner — her extensive labor violations at NBC cast a lot of suspicion on the clothing factory she owned in the early Nineties — she wasn’t always a malevolent landlord. At one point, in fact, Ung had an amicable relationship with her restaurateur tenants. According to the Trans’ attorney, Paul Fumio Higaki, Ung was grateful to the family for refurbishing what had been an empty shell of a building. Prior to Le Cheval, 1007 Clay Street had no plumbing, no floor, and inadequate ventilation; the family installed everything from French windows to ceiling fans, all pursuant to permit. Ung recognized that, and showed her appreciation by occasionally showing up to eat at the restaurant or talk to the Trans.

“They had a great relationship,” Higaki said, explaining that it soured with the arrival of Ung’s new husband Dennis Chow. He never liked the Trans, and he caused Ung’s relationship with the family to curdle even as the restaurant prospered. “Dennis started writing complaints about all kinds of stuff,” Higaki said. “He and Son [Quan’s father] had an argument in the kitchen, and from that point on the relationship started disintegrating.”

Whatever malevolent designs Ung harbored in the past were only amplified when she teamed up with Chow. The two of them launched a separate line of business through their construction company, whose main source of revenue was an elaborate payroll scheme that allowed them to pocket millions. NBC kept two separate sets of books, only one of which it presented to public agencies. The scam, documented in an Express cover story “Monica’s Victims” (8/26/2009), allowed NBC to pretend it was hiring construction workers to labor part-time at the union wages of $50-$60 an hour, when in reality, they worked twice as long for half as much, with no overtime, pension, insurance, or statutory benefits. Most of Ung’s employees were immigrants who didn’t speak very much English, and may not have known they were being exploited. Were that not malicious enough, Ung and Chow also used their competitive advantage to win lucrative public works projects by underbidding other companies.

Both Quan and Minh Tran think their success with the restaurant inspired jealousy in Ung, and Chow only fanned the flames. In 2008, Ung and Chow sued Le Cheval for breach of lease, even though the restaurant owners claimed they had a right to extend for five years. After the judge declared a mistrial, Ung tried a new tack. In 2009 she started rejecting rent checks from Le Cheval, instead letting them languish in an escrow fund. She was, in Tran’s perception, hell-bent on trying to evict them. Her motive was pretty clear.

“When she evicted us she wanted to open her own restaurant,” he explained, noting that around the time she stopped accepting rent checks from Le Cheval, Ung had partnered with another investor to form an LLC called Dragon D’Or, for what she hoped would be an Asian restaurant with a French patina (“d’or” is French for “golden”). Evidently, she had plans to open a business that was uncannily similar to the one she was trying to displace.

That never panned out. Later that year Alameda County District Attorney Nancy O’Malley filed criminal charges against Ung for tax, workers comp, and payroll fraud. A few months later Hartford Insurance Company sued Ung for defaulting on a public library she was supposed to build in East Oakland. That case is still pending in district court, but if the plaintiff wins, Ung could owe up to $3 million.

In November 2010, roughly a year after O’Malley charged Ung with numerous counts of fraud, two of which were upheld, Ung successfully terminated Le Cheval’s lease and put the Oakland restaurant out of business. The Trans had to lay off more than seventy workers, and Ung moved forward with plans for D’or by remodeling the kitchen. But that dissolved in early 2011, after she fell behind on mortgage payments. Last March, the building went into foreclosure. Ung had already filed for Chapter 11 bankruptcy, which eventually converted to Chapter 7. In May, she received a suspended four-year prison sentence and was fined $1.2 million for wage fraud and white-collar crime enhancement.

In October the building finally went up for auction and was acquired by a newly formed entity called 1007 Clay Street Properties. Quan Tran and his aunt, Nguyen, came back and reopened Le Cheval at the new owner’s behest. But it didn’t take much behesting. “We held a job fair last month, and a hundred people showed up — the line was out the door,” Tran said, marveling at the business’s quick rebound. He’s still about 25 days away from securing a new liquor license, at which point they’ll officially consecrate the revamped space. But so far, they’ve had no trouble filling the restaurant’s 280 seats. Glancing around during a lunchtime rush, you’d think the business had never left.