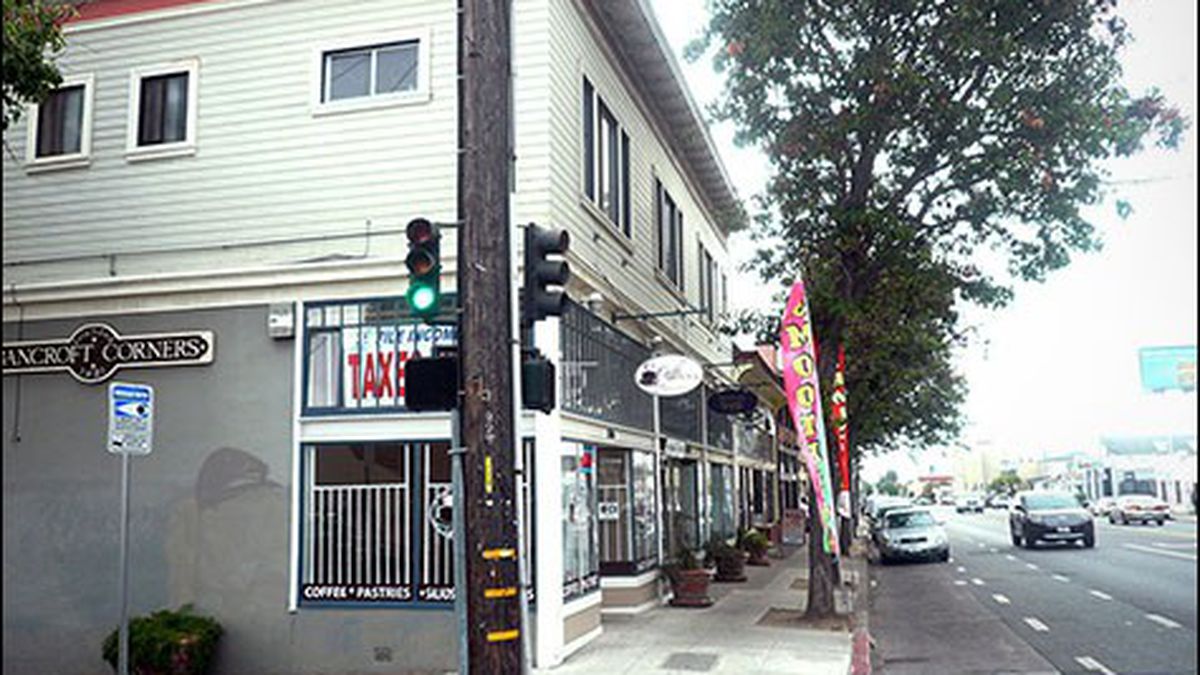 A once bustling business district in East Oakland is finally coming back to life.

Once known as Antique Row or Antique Alley, the Bancroft-Fairfax district in East Oakland used to be a premiere shopping destination. For roughly fifty years, people from all over the Bay Area would flock to the area in search of antiques. But by the 1990s, there were only a few antique stores left. By the turn of the century, they were all gone.

Ever since, the Bancroft-Fairfax area has been pocked by empty storefronts, as the district has tried to reinvent itself. Churches and hair salons moved in by the dozens, but they struggled to stay afloat. Establishments catering to basic needs — the laundromat, the liquor store, and the diner — became the neighborhood’s main attractions. Not a single window or front door lacked the protection of iron bars.

But over the past year, Bancroft-Fairfax has been experiencing a comeback. The hair salons and churches are still there, but a number of other new businesses have now taken root. In the last year, six new businesses have opened and another one is slated to open this summer. Foot traffic has increased. Neighbors and merchants have formed the first-ever Bancroft-Fairfax Merchant’s Watch Association. Construction started on a multi-unit live/work space on the corner of Fairfax Avenue and Foothill Boulevard and an empty lot that might be the neighborhood’s solution to scant parking is finally for sale. The neighborhood still has a long way to go, but the future is starting to look much brighter.

Tammy Rhymes, the owner of Just Because Boutique, was the first of the six new business owners to open up in the area. For years, she had operated her “store on wheels” out of a converted Mother’s Cookies truck, but when the opportunity arose to rent a storefront on Fairfax Avenue, ditching the truck was a no-brainer. “I can’t really explain it, but when I came, I got a good feeling about it — kind of like I always knew I was going to end up here,” she said.

The Bancroft-Fairfax district was originally built on hope. When realtor Charles P. Eggleston moved to the neighborhood at the turn of the 20th century, commercial development had not yet spread north of East 14th Street (now International Boulevard). Eggleston believed the area was “the logical point in the east-of-the-lake section for a thriving suburban trading center,” so he funded the construction of multiple storefronts along Fairfax Avenue in the hopes of attracting future businesses. The eponymous Eggleston building at the corner of Foothill Boulevard and Fairfax Avenue was his masterpiece and it still stands today. Within a few years, real estate in the neighborhood increased sevenfold and by the time the Fairfax Theatre opened in 1926, Eggleston’s vision “of a business block” was complete.

One hundred years later it is hope — again — that has led to the neighborhood’s revitalization. In January, a tattoo parlor, La Maison House of Tattoos, opened its doors in the district. Like Rhymes, owner Wendy Watts was overwhelmed with a similarly good feeling about the community that influenced her decision to move there. By spring, the neighborhood welcomed its first coffee shop, Caffe Nonna, followed by a cafe, Kafé Kolao; a reggae- and African-centric shop, Sundiata; and a youth music studio for the Oakland Leadership Center.

Longtime merchants are excited about the new businesses that have helped bring the area one step closer to becoming a shopping destination again. “They’re adding variety to the whole block, which works fine with me,” said Martin Trahan, Jr., the owner of Truly Blessed Hands, a barbershop and men’s clothing store that has been in the neighborhood for ten years. “Now there’s all types of things you can do over here besides just getting a haircut.”

The diversity of new businesses in the area is also having a positive economic impact. Just Because Boutique and the cafes, for example, benefit from the influx of customers who go to the tattoo shop or get a haircut.

The relatively inexpensive rents are one reason for the district’s sudden growth. As development creeps further into East Oakland, neighborhoods east of High Street have become increasingly more appealing to business owners. Sandra Bradford, the owner of Caffe Nonna, had originally planned to open her shop in the Laurel, but chose the Bancroft-Fairfax district because she felt it had more potential. “There’s a shift over here that’s getting ready to take place,” she said.

But the lower rents come at a price: It can be harder to generate business in low-income neighborhoods. “It’s a long-term investment,” said Bilal Sabir, owner of Delightful Foods, who has worked in the area for more than twenty years. “You’ve got to hustle to get your customers and build up your clientele. A lot of people fail, especially up and down Fairfax.”

Hoping to reverse this trend, business owners have turned to advertising and increased signage as a way to attract customers. Rhymes has put up mannequins dressed in sundresses and mini skirts on either end of Fairfax Avenue to bring attention to her boutique. Other business owners have erected twenty-foot-tall canvas banners in front of their stores, advertising everything from haircuts to sandwiches and smoothies. Some shop owners acknowledge that the banners are garish and do little to improve the image of the area, but for the time being, they have no plans to take them down. As one vendor said, they might be ugly, but they’re also hard to miss.

Also hard to miss are the blue and white Merchant Watch Association signs that hang in storefront windows and on sidewalk poles. “This is an intersection where people know each other and look out for each other,” said resident Katch Keating, who played a central role in forming the association. “We came together for a lot of reasons, and part of it was trying to effect more positive change.”

As business has picked up, parking in the area has gotten worse, however. Because there are no nearby lots or garages, curbside parking is the only option, and the city strictly enforces the hourly limits on the spaces. Merchants worry that the combination of scant parking spaces and overly diligent parking enforcement officers will be a death knell for their businesses and the district as a whole. “We don’t want customers to not come here anymore because they got a ticket,” said Mayra Ulloa, an employee at La Maison House of Tattoos. “It’s easier for our customers to have a reason not to come back than to come back.”

But locals are hopeful that a solution has been found. After years of being off the market, an empty lot on the corner of Fairfax Avenue and Foothill Boulevard is for sale. “When I saw that it was available, I was like, we gotta do something with this,” said Watts, who is spearheading an effort to find investors who will purchase the lot and then rent it to the community. “This area is growing for the better …. And we can’t just let it sit there.”