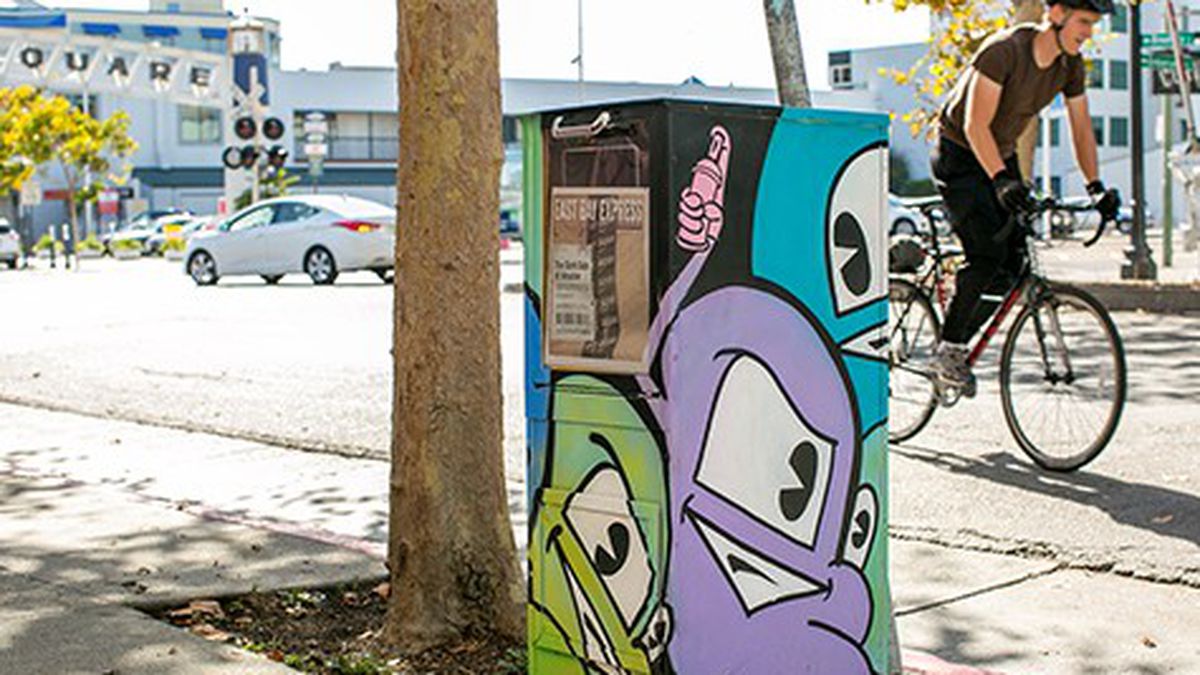 A Message to Readers

In case you were wondering, the Express is healthy.

As president of the Express, I thought it was a good time to write a message to our community and readership about the state of our newspaper in the wake of the closure of the San Francisco Bay Guardian. We were sorry to see it go. The Bay Guardian stood for a certain kind of progressivism that served San Francisco well for decades. San Francisco will be a poorer place without that venerable paper and its sensibility.

In recent days some people have asked us through social media whether we will be the next publication to bite the dust. We don’t really talk about ourselves much, but now seems like a good time for us to open up a bit. First, I’ll acknowledge that the news media generally does a terrible job telling the truth about itself. It seems like every paper that goes under claims beforehand that it’s doing great — until it no longer is. We hope to never make that mistake. So, this is a good time to give you a status report.

Over the past week, some of the news reports about the demise of the Bay Guardian, including some from the newspaper’s former staffers, claim that alt-weekly papers cannot make it in the Bay Area. Here at the Express we respectfully disagree.

I can honestly say that our publication is currently healthier than it has been for more than a decade.

This is partially because we have learned from adversity. Since I became associated with the paper in 2007, we have faced two great crises: the Great Recession and the hollowing out of print ad revenue for newspapers. We have overcome them both, but not without taking large and painful financial hits.

So, what does being “healthy” mean? It means that we are currently a sustainable enterprise that pays its bills, puts out a great news product, and is debt-free. And for a newspaper to be sustainable these days — it’s a beautiful thing. We have enough money to pay our nearly twenty employees and others associated with our paper a living wage (although we wish we could pay them much more than we do). We provide benefits and medical insurance. We try to provide our employees with groovy options such as morning yoga classes every so often — but Facebook headquarters we are not.

Being debt-free is important because many newspaper chains have gone bankrupt in recent years, not because they were no longer profitable enterprises, but because they were no longer able to pay the interest on debt they had accumulated, much less the debt itself. Over the past few decades, newspapers have been coaxed into the financial speculation game, and it has been disastrous.

To stay healthy, we pinch pennies. We don’t recycle all our paperclips, but we do as much as we can. Our small business staff constantly begs and cajoles our suppliers for lower prices. We make hard decisions about how many newspapers to print. We’ve experimented with various cost-saving measures. Recently, we started having many of our papers delivered by bicycle couriers. This not only saves gas money and insurance, but is also better for the environment.

As we speak truth to power in our news pages, we also pay special attention to legal matters. We get threatened with large lawsuits from time to time. Recently, a billionaire threatened us. When a lawsuit was actually filed against us a couple of years ago by a political candidate, I begged a number of First Amendment lawyers to represent us, basically for free. Attorney Joshua Koltun took on one such case as a labor of love, and we won. We owe him a debt of gratitude.

To continue being healthy, we think about ourselves differently than other businesses do. We are a “for-profit” paper in the IRS sense, but, in reality, we are a “no-profit” or “low-profit” enterprise that has more in common with a nonprofit than with a real for-profit company. We could probably switch to being an official nonprofit, but such transitions cost money, and we would rather put the money into creating a better paper and a better life for our employees. And changing business formats is not a panacea for newspapers. The Bay Citizen, a lavishly funded nonprofit, folded a couple of years ago because it couldn’t make a go of it.

Thinking differently about ourselves is also a secret to our success. We believe that we have to be a vital part of the community to survive. For example, our newspapers as public art program commissions local artists to paint our newspaper boxes. Our most recent batch now lines Broadway between 5th Street and Embarcadero in Oakland.

But being part of the community also requires a subtle and complex attitude when you’re striving to produce hard-hitting journalism and be a powerful and frank voice. We frequently irritate people with what we write, including well-meaning local residents and potential advertisers. Often these are good people who do things that we think are questionable and need to be exposed. One of our mantras is that we are not negative just to be negative.

This gets us to what is the most important part of being a healthy business: having good people. Nearly every business or organization claims it has good employees, but we have folks who are connected to the community and who love their jobs. Some sell ads, some write stories, some lay them out, some work on payroll and the like. But all have a common mission.

And that’s a second way that we are like a nonprofit. We have a mission; we have a cause. But it’s not easy. A business like ours requires strong leadership. Here, I want to specifically mention our publisher, Jody Colley, and our editor, Robert Gammon. Both of them love the East Bay, and are, like most of our folks, organically connected to the community in myriad ways. That is the kind of leadership that is required for us to be healthy.

Being healthy also means acknowledging our constraints. We survive on advertisements. We need businesses and others to buy ads. If they don’t, we won’t survive. And while many merchants like reading the Express, they’re not going to place ads in our paper simply out of charity. So, we have to succeed in making their ads worth it — and that means providing a great newspaper that you’ll want to pick up and read. (By the way, the next time you’re patronizing a business that advertises with us, please let them know that you read the Express).

Our constraints also currently limit our ability to expand the breadth of our news coverage. So, we’ve had to make choices, and we’ve chosen to specialize in local politics, arts, food, music, and culture reporting. Every issue, we also try to have at least one long-form story on a topic of interest and importance to our community. Our film festivals and our Progressive Opportunities fair have also brought local folks together for important and productive conversations as well as mirth and merriment.

If you’ve read this far, I suspect it’s because, like the men and women of the Express, you like our paper, love the East Bay, and know that it’s only through a dedicated and unrelenting attention to community-building that the East Bay will continue to be a place where people will want to reside, raise families, and have the freedom to live life as they choose.

I believe that a vibrant local press is essential to this community-building. I sincerely hope that you will help us continue to play that role, as we have for 35 years.