.A Man Without a Country

After establishing his career in Australia, songwriter Michael Beach had to start over in the Bay Area. 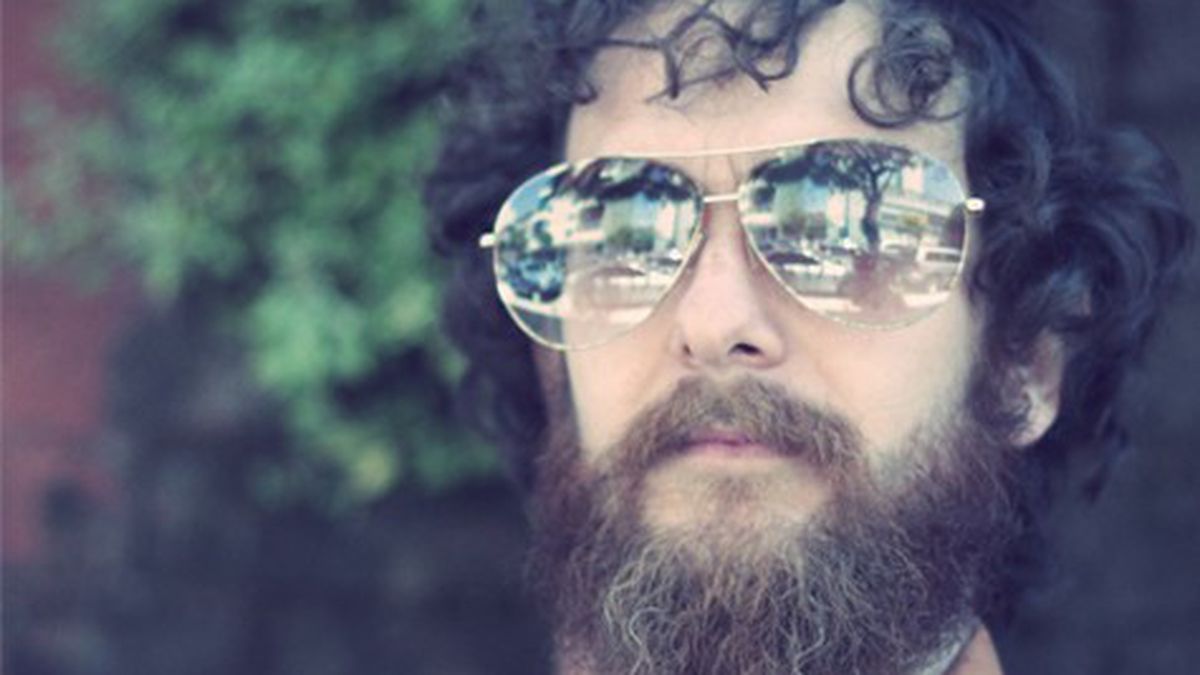 At a recent show at Bar 355 in downtown Oakland, local songwriter Michael Beach mounted the stage alone and slung an electric guitar over his shoulder. The Tuesday-night crowd chatted and vied for the bartender’s attention, while Beach stomped an array of pedals to conjure the unwieldy intro of “Mountains & Valleys,” a climactic cut from his new solo album, Golden Theft. Beach’s intensity grew — his brow furrowed above his focused glare — and by the end of the song, he tilted his body forward, cocked his head sideways, and sang from one side of his mouth. His pose looked utterly determined, like he was challenging listeners to ignore him. Correspondingly, the crowd was transfixed.

Golden Theft is equally dramatic in its themes: The album ascends from moody folk balladry on tracks such as “Dirt” to exuberant crescendos on the aptly named “The Exhilarating Rise.” It’s beautiful, anguished, and rife with the theme of alienation, which Beach explained was directly informed by his life. Three years ago, Beach was deported from Australia, where he had been living for five years, due to visa issues. He channeled the upheaval into eleven erudite, ruminative songs.

During his final year of college, Beach studied in Melbourne, Australia and fell in with a group of musicians there. When he returned to his native Los Angeles, he missed the collaborative relationships he had just forged abroad. Beach returned to Melbourne in 2005 and lived there for the next five years. In America, he was a fledgling songwriter, but in Australia, alongside similarly minded, brash rock bands like The Stabs and Straight Arrows, Beach found his voice in a tight-knit music community.

By 2010, when complications with his visa arose, Beach could feel his comfortable life as a touring musician and music teacher in Melbourne quickly unraveling. He said he began writing material for Golden Theft during this period. “Most of that was written when I knew my days were numbered in Australia,” Beach recalled. “There was a sudden lack of permanence.” Then the Australian government forced Beach to leave the country.

Upon returning to the US, the first thing Beach did was record music: “Right when I moved back, I went up to Portland because the only person I knew musically was Ray Raposa from the Castanets,” he said. “I needed somebody I felt some kind of connection with to tell me whether I lost my mind. I had no circle.” The journey yielded a seven-inch EP A Horse, and soon after, Beach settled in the Bay Area.

In 2011, he started recording what would become Golden Theft at Lucky Cat Studios in San Francisco. Over the next year, Beach made inroads with local musicians and sought to reconstitute the sort of support system he had in Australia. In 2012, he and drummer Utrillo Kushner committed another batch of songs to tape at Lucky Cat.

Golden Theft seems to speak from that middle ground between sorrow and recovery. Opener “The Exhilarating Rise” is joyful and determined, but by the time the country-tinged ballad “There Is No Edge of the World to Run to” comes up, Beach sounds as spent and exhausted as the song’s downtrodden melody. The title track opens with the line: There were several illusions/now there are none; it’s the beginning of an emotional upswing, in which Beach finds some clarity. By the eight-minute closer “Eve,” he even recovers his sense of humor. It tells the story of him riding in a car with Henry Miller, Jane Austen, and Jesus Christ. (There’s nothing here to learn inside this car of useless hypocrites, Miller proclaims.)

“A lot of those songs come out of places where you have a slump,” Beach said, adding that writing the album was therapeutic. “I generally can’t write from the bottom of the pit, but there’s something that happens before I get back — some serene place where I can still identify with the low place, but that’s not low enough to keep me from writing.”

Touring helps offset the restlessness that led Beach to leave the country in the first place. Since 2010, he has toured across US three times and traveled around Europe and Australia playing music with Electric Jellyfish. He vividly recalled a stunning sunrise in Warsaw and an ugly encounter with border patrol agents in Texas (he’s understandably biased against immigration officials). But it’s through songwriting that Beach travels the strangest places.