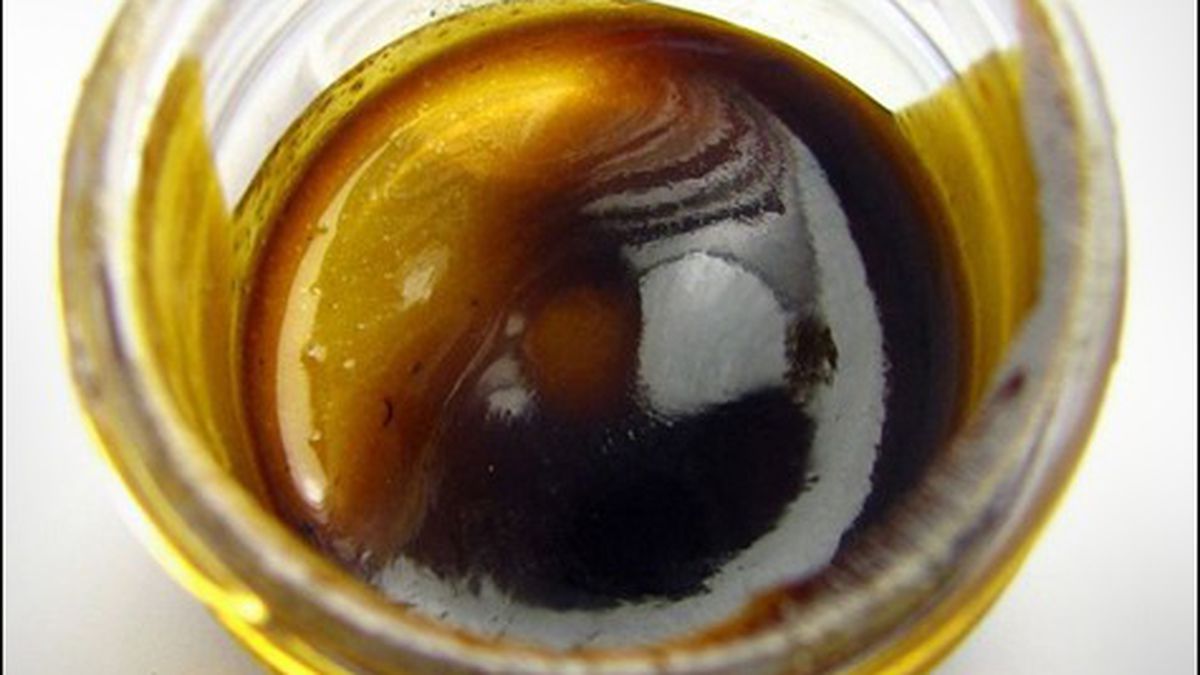 A Little Dab Could Doom Ya

A new appellate court case illustrates why the increasingly popular "butane hash oil" is illegal to make, but not to possess or use with a doctor's recommendation.

Pot clubs can legally sell “butane hash oil,” sometimes called “butane honey oil” or “BHO.” It’s also legal for qualified medical marijuana patients to possess or use the increasingly popular product. However, it remains illegal to make BHO in California. This strange contradiction was perfectly illustrated last week during a state appellate court hearing in San Francisco, in which an attorney for defendant Ryan Schultz worked to overturn the San Francisco resident’s three-year probation sentence for operating a “drug lab.” Meanwhile, several blocks away at permitted pot dispensaries, the fruits of such drug labs are on sale for upwards of $50 per gram.

Turning cannabis into a concentrate is a practice that is thousands of years old. It can be accomplished by hand-rolling or sieving cannabis, but these days is more commonly made using ice water and special filters. California voters legalized medical pot-growing and hash-making in 1996. According to industry sources, the use of butane as a concentrating solvent appeared around 2000.

It was legal to make butane hash oil in California for medical purposes until a 2008 case known as The People v. Bergen, said Schultz’s attorney, William J. Panzer of Oakland. Before Bergen, prosecutors could charge butane hash oil producers — or “blasters” in industry slang — with operating a “drug lab” under section 11379.6 of the California Health and Safety Code. But defense attorneys could make a motion that blasters should be charged under the more specific “marijuana processing” statute listed in section 11358 of the California code.

Under 11358, qualified medical marijuana blasters who got caught could walk. “I always won that motion,” said Panzer.

But in Bergen, the court ruled that the “drug lab” statute — which was created to address PCP and methamphetamine labs — trumped the “marijuana processing” statute. So since 2008, qualified medical cannabis blasters have been going to state prison for up to seven years per charge for making hash with butane.

That’s what happened to Schultz in 2012, after he was convicted of blasting in a Healdsburg, California backyard. Schultz’s efforts started a fire, the neighbors called the cops, and Schultz fled the scene in a SUV full of butane and weed. He was convicted and sentenced to three-year’s probation.

Panzer argued last week that the Bergen court erred. But even Panzer doesn’t recommend making concentrated cannabis with flammable butane — even though it can produce a more potent substance. “Yeah, I tell people all the time, ‘If you want to mess around with concentrating cannabis, use ice water, get the bubble bags. You can’t blow yourself up with water,'” he said. “A friend of mine’s sister got burned all over her face doing this shit indoors.”

In January, two blasters blew themselves up in a San Diego motel, resulting in hospitalization, followed by drug lab charges. In February, the Federal Emergency Management Agency (FEMA) released a national bulletin to first responders educating them on the signs of butane hash oil production. “Butane is highly explosive, colorless, odorless and heavier than air and therefore can travel along the floor until it encounters an ignition source,” FEMA wrote. “The process also uses isopropyl or anhydrous alcohol, both flammable; extraction vessels; glass dishes; ether and coffee filters. The resulting substance is a thick yellow-orange oil called hash oil, honey oil, Butane Honey Oil (BHO) or dabs.”

The FEMA memo also stated that butane hash oil labs appear to be more common on the West Coast, adding that “reported fires and explosions have blown out windows, walls and caused numerous burn injuries.” The memo further stated that in “states with legalized use and availability of medical marijuana, these incidents appear to be increasing. In some of these states the legality of the actual production process is still in debate.”

Indeed, BHO production is legal and regulated in Colorado. Even newly minted medical pot states like Massachusetts and Rhode Island are accommodating the practice. Concentrating cannabinoids can shrink a dose of medical marijuana from a quarter-gram of flowers to less than a tenth of a gram of concentrate. Ideally, making medical cannabis concentrates would be legal and regulated in all states that have legalized medical pot — which would be similar to industrial agriculture practices throughout the world, Panzer noted.

But right now in California, it remains illegal. Panzer said if Schultz’s appeal fails and Bergen stands, a zealous prosecutor could use Bergen to charge ice water hash-makers and edible-bakers as drug lab operators. The “drug lab” statute makes all “chemical extraction” of drugs illegal, and Panzer noted that “anyone who takes high school science knows that water is the universal solvent — it’s a chemical.” The butterfat used in marijuana edibles is also technically a chemical.

Meanwhile, it’s clear that the popularity of dabs is exploding. Bay Area clubs now offer regular concentrate tastings and even “Wax Wednesdays,” with 20 percent off all “oils,” “budder,” “wax,” and “shatter.” Just don’t make it near my backyard, please.;

Fairytale with No Hands

A Second Life for Food