John Benson's bus was a mobile all-ages venue. Only now it's immobile. 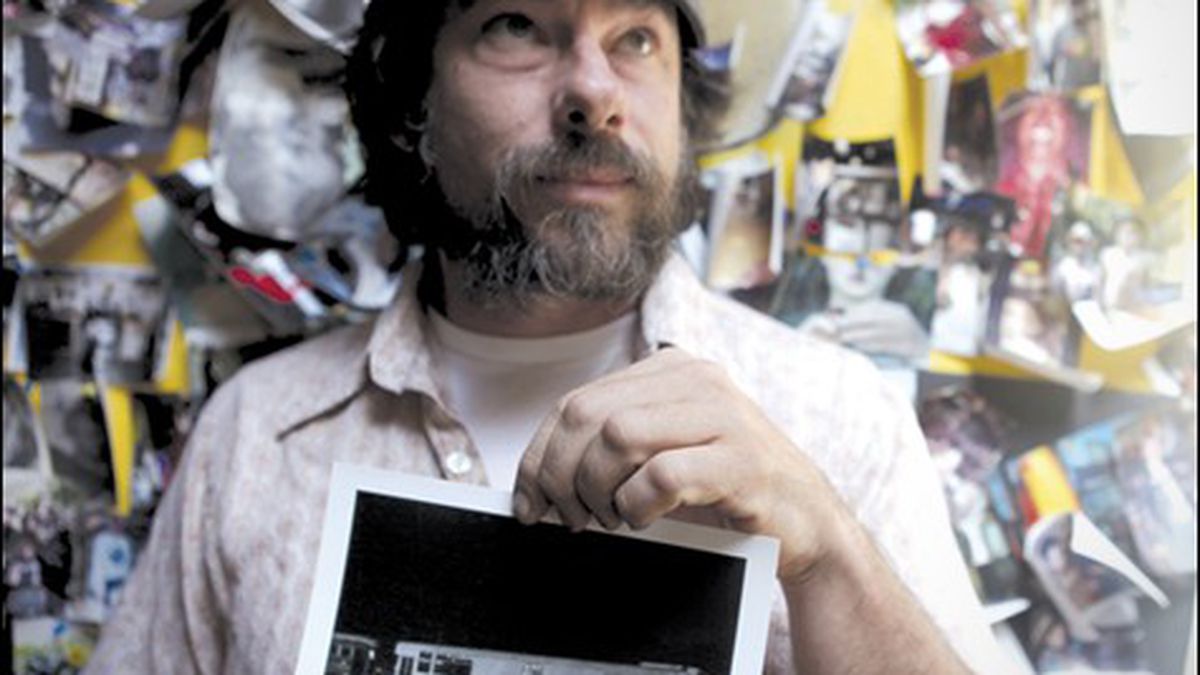 John Benson is a congenital mensch. He turned his North Oakland house into a loosely structured co-op for seven people. He holds the deed to another house in Albion, Michigan, where friends go to do art projects and record noise albums. He has a day job fixing wheelchairs and driving disabled people home from medical appointments at Easy Does It Emergency Services. His mother used a wheelchair and he grew up helping her get around. Alms-giving is part of his natural constitution.

Three years ago, Benson bought the first of two AC Transit buses, which he donated to the East Bay punk community. He converted them into mobile all-age venues. He hosted no-cover art nights and movie screenings and shuttled his friends on national tours. The first bus broke down two years ago, in Albion, so he bought the house there to store it. The second bus sputtered out last week in Fairfield. Bled dry by these labors of love, Benson couldn’t pony up the $2,000 to repair it. His generosity had finally gotten the better of him.

Hurricane attended her first bus show in January and was immediately enthralled. She didn’t have to pay, the place was packed, and a band called Slug Life was headlining. The ceiling was only about ten feet above the floor, so when kids tried to crowd-surf, they got smooshed.

By then, of course, the bus was an institution. Benson bought the first one with the idea of creating a temporary all-ages punk venue. He’d been involved in the scene since 1990, when he moved here to study music at UC Berkeley. He played bass for the band A Minor Forest, which dissolved in 1998. Since then, he’s thrown shows at his North Oakland home, serving mostly as a benefactor and elder statesman. The impetus for the bus was mostly practical. Benson saw it parked on Martin Luther King Jr. Way with a large for-sale sign.

At that time, Benson’s life was in turmoil. His father had been killed in a bar fight back in Ohio, and his dad’s house had been repossessed. Benson wanted a large diesel vehicle to move some of his dad’s stuff to the Bay Area, so he haggled with the owner and ultimately bought it for $5,000. A roving all-ages venue was never part of the plan, he said.

It was at a friend’s behest that Benson threw his first punk show in the bus, on June 12, his birthday. The seats had already been gutted, so Benson added a floor, built a stage, installed a PA, and converted the engine to run on vegetable oil. The first show was a hit, and several stowaways from the punk scene joined Benson for his trip back to Ohio. He remembers conducting his first makeshift tour that summer with a bus full of punks and his father’s ashes resting on the dash. “It wasn’t intended to be an ongoing thing,” Benson said. “But there was a need for it.”

Many local punk bands played the bus in its first year — among them Casey & Brian, Daniel Higgs, Songs for Moms, and Evil Wikkid Warrior, a band fronted by Benson’s fifteen-year-old daughter, Quinnolyn. In 2008, he took it on a national tour with several local bands. They would stop in small towns and hold shows on the bus. The format worked out until the engine died in Albion. “We coasted off the side of the road,” Benson said. “I ended up buying a house for $4,000, and parking the bus there.” He put the house on his credit card, and the bus has been there ever since.

Unable to constrain his philanthropic impulses, Benson bought another former AC Transit bus in 2009 for $2,000. This one had already changed hands a couple times, and one of the owners had installed a wall and bathroom in hopes of turning it into a camper. Benson removed those amenities and started throwing bus shows again. He christened the bus “Larry” in honor of its previous owner. Larry broke down last week, when Benson took a group of disabled activists up to Sacramento to protest recent cuts to the state budget for in-home support services. “It was a great protest; it was very successful,” he recalled. “Almost everyone I was with got arrested, except for the kids.”

But on the way back, Benson’s drive shaft failed. He pulled over to the shoulder of the freeway in Fairfield and parked his bus against the guardrail. The thirty passengers were stuck. Benson called a tow truck, but the driver wouldn’t help, citing a policy that forbids tow truck drivers to move vehicles with passengers inside. Benson was in a fix. He ultimately called the police to force the tow truck driver to cooperate. He rolled all his wheelchair-bound riders off the bus with a ten-foot ramp and cajoled the driver to tow his bus to the nearest repair shop. And it sits there now, with a $3,000 price tag that he can’t afford to pay. Benson funded all of these bus ventures out of his personal coffers, and he isn’t really a deep-purse kind of guy. “It’s just a labor of love,” he said. “It broke me.”

When Hurricane heard about Benson’s plight, she and a couple friends hatched a plan to help him. They’ll hold a benefit next Wednesday at Revolution Café, a small West Oakland eatery owned by Republican mayoral candidate Arnie Fields. Hurricane enlisted several friends to help, including punk bands, singer-songwriters, and DJs from a San Francisco party called Ships In the Night. She’s confident that at $5 a head, they’ll earn enough money to pay off Benson’s repair bill.

“It doesn’t seem lofty or grandiose by any means,” she said, adding that the bus is crucial to keeping Oakland’s all-ages punk scene alive.

Besides, Hurricane assured, sometimes it pays to sustain your benefactor.

“For the majority of folks my age, like, yeah, we’re broke,” she said. “We’re not going to pay to see a show.”

Next ArticleWednesday Must Read: Oakland to Lose 700 Jobs; Jerry Brown Pushes for Executions