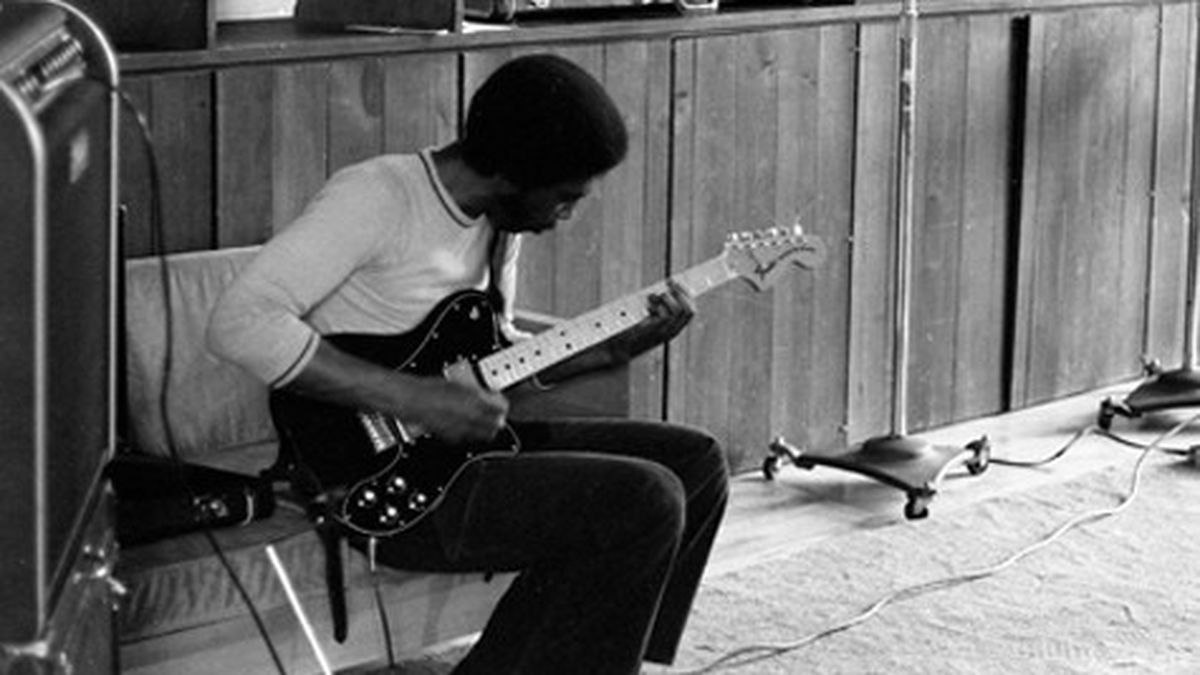 It was the name that sunk them. When teenage siblings David, Bobby, and Dannis Hackney first began practicing in an upstairs bedroom of their family’s modest Detroit home in the early Seventies, their sound was outrageous, and so was the name of their band: Death.

Today, a song like Death’s “Keep on Knockin'” recalls the flavor of early Jimi Hendrix or the Los Angeles interracial band Love, with maybe a touch of Johnny “Guitar” Watson. But to hear surviving brothers Bobby and Dannis tell it in the appealing rock documentary A Band Called Death, their biggest influences were The Who, Alice Cooper, and The Beatles — the latter ever since their father invited them as kids to watch the four Liverpudlians on TV. In any case, the Hackneys definitely swam against the tide of the day’s popular music.

The ears in the Hackneys’ hometown clearly belonged to Motown, and indeed the brothers did start out as R&B fans — they called their first group Rock Fire Funk Express. But at the insistence of middle brother/prankster/lead singer/guitarist/chief songwriter David, the defiant Hackneys soon began banging out their own compositions of loud, frantic, angry-sounding “white kids’ music.” It mystified the neighbors but eventually led their latter-day fans, none of whom had actually seen them play live, to hail Death as the first African-American punk band, and maybe the first punk bad ever. Questions about what that reputation is worth today, and how the Hackney brothers struggled to find a foothold, give filmmakers Mark Covino and Jeff Howlett plenty of material to work with.

Nobody really liked the name Death. Not the Hackneys’ mother, not the local music-biz pros at Groovesville Productions or United Sound Systems recording studios, not the cops, and most significantly not Clive Davis, the president of Columbia Records. Davis was impressed with the band’s raw, urgent demo tapes and offered them a contract, but only if they would change their name to something else. David Hackney adamantly refused (“Death is real,” he proclaimed. “It’s the ultimate trip.”), the other two went along, and their fate as one of America’s vast army of unknown garage bands was sealed, at least for the time being. No matter the Dead Kennedys, Sex Pistols, The Damned, and other punk aggregations that followed, the name “Death” was a deal-killer in 1974, when the charts were ruled by Barbra Streisand and the Jackson 5.

The doc could use some of the band’s music up front in the intro, to punch up the excitement level. In fact, the filmmakers probably should have flipped some of the scenes, putting last ones first, etc. As it is, we don’t get to hear enough of Death’s music until late in the film, after the band gets rediscovered by rare-record collectors in 2009. That year, Drag City Records released the original Death sessions as a vinyl LP called For the Whole World to See. By then it was too late for David, the spiritual soul of the group, who died of lung cancer in 2000. The surviving Death-heads had moved on and had mostly forgotten about those days, but songs like “Politicians in My Eyes” still have a rough, guitar-based power.

A Band Called Death offers a contrast to Anvil: The Story of Anvil and Searching for Sugar Man as the meditative side of the “forgotten rock band” mythology. David, who carried on as a reggae and Christian rock artist after Death crashed, would make a wonderful documentary subject in himself if he had lived. These days Death even has its own tribute band, Rough Francis, made up of a new generation of Hackneys carrying the torch for the father and uncles who never quite made it. It’s never too late to become a legend.

Would Security Guards Have Mattered?