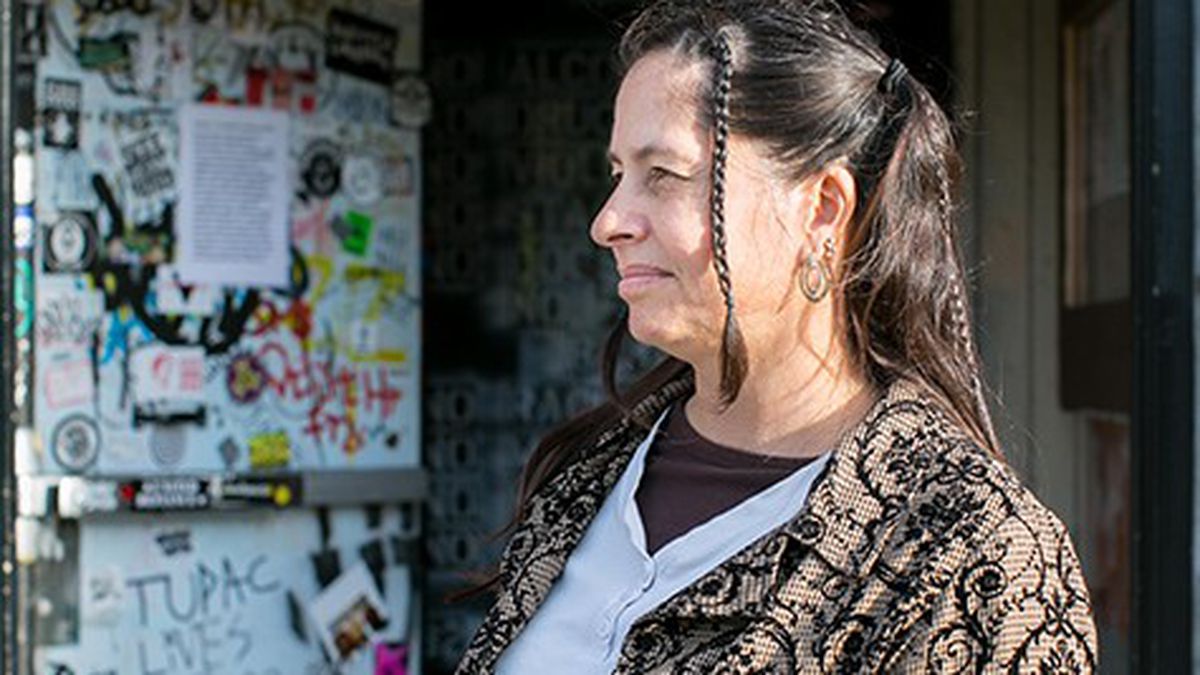 The iconic punk venue, now a registered non-profit, is preparing to purchase its building in the face of North Berkeley development.

In 1986, Kamala Lyn Parks and Victor Hayden identified a warehouse on Gilman Street in North Berkeley as the potential site of a punk club — namely because it was isolated and presided over by a hospitable landlord, Jim Widess. Parks had been booking one-off shows at various locations, dogged by the police, wary club owners, and a general stigma about punk being something that ate children. Widess, by contrast, was pleased with a punk club if it allowed his daytime weaving classes, held in the back of 924 Gilman, to go undisturbed. Parks, Hayden, and Tim Yohannan, founder of Maximum Rocknroll magazine, clinched the space, establishing what became the best-known all-ages, volunteer-run punk venue in the country, site of countless controversies and a forerunner of the accessibility-oriented political dialog that characterizes the subculture today.

Thirty years later, Parks and Widess reconnected under vastly different circumstances. For one, Parks recalled in a recent interview, “[Widess] said, ‘Oh, you’re not wearing all black!'” Also, 924 Gilman Street isn’t a remote address anymore. A little colony of posh eateries and boutiques have been assembling around Gilman, a satellite district for the upscale businesses on nearby Fourth Street. Widess is still a supportive landlord, though, which is heartening for Parks and her new goal: raising money to buy the building. She’s part of a committee — assembled late last year, shortly after 924 Gilman became a registered nonprofit — tasked with preparing the club to raise, say, $1 million, and make Widess an offer.

“[Widess] and his family have been stalwart supporters of Gilman,” Parks said. Widess is in discussions with 924 Gilman volunteers about modifying the existing lease to include a right of first refusal, guaranteeing that the club will be the first bidder once it’s ready to buy the site. “Of course, he’d need to balance his needs for retirement,” Parks said of Widess, “but he and his kids aren’t going to gouge us.”

Parks and Jesse Townley, a longtime Gilman fixture who’s involved with the fundraising, emphasized that the club is not seeking money to avoid closure. Townley said that the main reason Gilman never looked into buying the space earlier was because “we didn’t have part of the city government trying to gentrify the strip of land.”

As Parks said, “There was a legacy of new businesses not liking Gilman. … The battles were mostly business-by-business — not the entire character of the neighborhood changing.” The proactive solution is to buy, Parks and other Gilman organizers explained, steeling the club against the forces of development. The fundraising is a long-term process, with the added bonus of enabling Gilman to lower door prices. Parks emphasized a diversity of fundraising tactics befitting the various generations of Gilman supporters. “I’m able to reach back into the archive of attendees, so to speak, and appeal to their interest in maintaining the club,” she said.

The age range of Gilman’s fundraising committee speaks to the institution’s longevity. The oldest member is Larry Wolfley, a local photographer who is in his seventies, and the youngest is eighteen-year-old Luna Bowling, who also serves as Gilman’s general secretary. Aside from Parks, there’s Helen Vance, a professional nonprofit administrator, Jeff Armstrong, head booker and brother to Rancid’s Tim Armstrong, and Jesse Townley, musician, Alternative Tentacles manager, and chair of the rent stabilization board for the city.

“We were one or two steps away from becoming a nonprofit for about two decades,” Townley said. “There was a lot of going back and forth with the state about showing our benefit to the community, what we offer to youth and the public at large in terms of events, handling money, taking responsibility. It helped that we have articles of incorporation showing that we’ve been a community organization since at least 1988.”

After establishing the nonprofit, which enables Gilman to receive tax-deductible donations and helps with grant eligibility, the fundraising committee was formed. In jest, Townley called it the “alumni donor retention program.” Still, the fundraising committee’s strategy isn’t dissimilar. As a member of Blatz and The Criminals, among other bands and music industry positions, Townley has played an outsized role at Gilman, but conceded to preferring a more distant position. “I’ve worked lots and lots of shows in the past,” he said. “I never want to work one again, but I still want to support Gilman.”

With that in mind, the fundraising committee organized a screening of Repo Man, Alex Cox’s 1984 cult classic, at the New Parkway Theater last Sunday. Timing it on Mother’s Day was deliberate. Townley pointed to that event — family-friendly and involving alcohol but no mosh pits — as a model for upcoming fundraising efforts. The club’s thirtieth anniversary is next year and a full-length documentary on East Bay punk is expected soon, two events certain to snare the attention of former regulars who’ve drifted away. Events like the Repo Man screening, Townley said, are intended to appeal to the hearts and wallets of people who wish to support Gilman from afar, perhaps to ensure that their kids will have someplace interesting to decamp to in the future.

“[Townley] basically started at Gilman and he’s now a politician,” Parks said. “He got a lot of experience there in respecting the process of a collective and democracy in action.”

If that sounds sort of vanilla for a venue at which performers have thrown animal carcasses at the audience, that’s only because most punk venues don’t last long enough for early enthusiasts to become political figures. And anyway, Gilman has always prided itself on collective organization. Every attendee is compelled to become a member, thus agreeing to a host of conscientious policies and acquiring agency in decision-making processes if they decide to show up for a meeting. In that sense, Gilman becoming a legitimate nonprofit, with executives presiding over committees and tactical appeals to potential donors, is a logical progression toward preserving a venue for performers who want to pelt show-goers with roadkill.

But that wouldn’t go over very well, because people continue to care about what Gilman stands for, even the slightly older punks who’ve moved to Oakland and graduated to performing exclusively in illegitimate venues. The fact that recent rumors about a major label band appearing at Gilman prompted a discussion about whether the club is defiling its autonomous legacy or beginning to let go of a policy rooted in an outdated industry paradigm, for example, testifies to the club’s ongoing subcultural impact and relevance.

And, of course, its relevance is beyond doubt to the teenagers who frequent the only aboveground, collectively run, all-ages venue in the Bay Area. Luna Bowling, Gilman’s eighteen-year-old secretary, showed up at Gilman for the first time when she was fourteen, to see the sadly defunct local hardcore band Punch. “Most kids care about the history,” she said. “I think it’s like back in the day, where kids don’t want to be at school or at home but they can connect here. And they clean up after.”