Oakland hip-hop duo's latest album, ShadowBoxing, shows the kids party music done well, but it may come at a price. 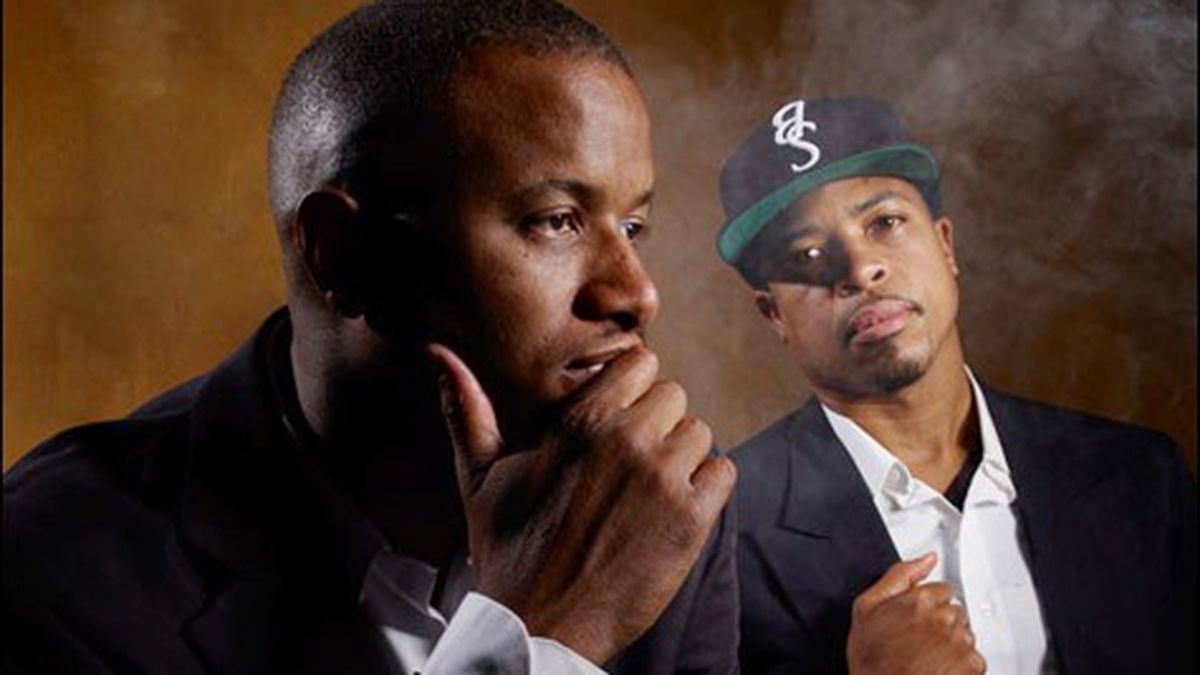 On its previous seven albums, Oakland hip-hop duo Zion I balanced the socially conscious lyrics and jazz sampling of its backpacker roots with electronic-based party beats. Zion I’s new album, ShadowBoxing, sounds like Amp Live and Zumbi have given up the ghost and started giving the kids what they want — but the move may cost them their older fans and hip-hop ethos.

“It’s sort of like everybody’s doing it,” producer Amp Live said about the influence of electronic dance music in both mainstream and indie hip-hop. “Some fans don’t like the new album. Others don’t care if it’s electronic.”

EDM has stepped out of the club scene, where it began in the disco era, to dominate popular music. The kids like it for the same reason every youth movement attaches itself to a style of music: It’s loud and rebellious and parents dismiss it, just as previous generations had dismissed jazz, rock ‘n’ roll, and hip-hop.

EDM is also a cultural outgrowth of the Internet — it’s in twentysomethings’ DNA and they’ve been file-sharing it for a decade now. To explain how much music is encompassed by the EDM label is akin to when astronomers talk about the galaxies beyond what we can observe or know. A list of EDM styles and sub-styles would be longer than this article (e.g., breakbeat, deep house, grime, dubstep, trap, a bunch of other code words invented for music created by computers). It’s as overwhelming and ephemeral as the Internet itself, with no ability to filter out the junky bubble-gum beats from David Guetta and Avicii, or discern the old, electro Deadmau5 from the newer, apathetic house of Deadmau5. Fortunately, Zion I doesn’t further pollute EDM with ShadowBoxing.

Zion I began experimenting with EDM on its debut album, 2000’s Mind Over Matter, its most electronic-heavy sound until ShadowBoxing. Zumbi said he and Amp Live were hanging at a club in downtown Atlanta in the mid-Nineties when they first heard jungle, an EDM style from the UK that heavily samples Jamaican dub and speeds it up with high-tempo breakbeats.

“All these white kids rushed in and jumped on the tables and started playing this music, it was kinda like hip-hip, but hella fast,” Zumbi said.

When Zion I put the drum ‘n’ bass track “Inner Light” on Mind Over Matter, Zumbi said hip-hop purists hated it. “Everyone went, ‘What the hell is this shit? This isn’t hip-hop,'” Zumbi recalled.

But the way people listen to music has fundamentally changed since Mind Over Matter, said Amp Live. “It’s a different generation, the iPod generation,” he said. “To have a drum ‘n’ bass song on your album is no big deal.”

ShadowBoxing draws from the bass-laden wobbles often associated with dubstep and popularized by superstar producers such as Skrillex and Bassnectar. At 33 years old, Santa Cruz native Bassnectar (aka Lorin Ashton) has emerged from the underground, Burning Man-centric EDM scene and now sells out arenas as fast as a Rolling Stones reunion. Zumbi was introduced to Bassnectar in 2009 and it was the first time he heard West Coast dubstep.

“I didn’t get it,” said Zumbi “It’s hella slow and you can’t dance to it. He started sending me heavy beats, crazy beats, but it sounded like hip-hop.” Zumbi, who contributed vocals on Bassnectar’s early breakout hits such as “Teleport Massive,” said at first he didn’t understand how to work with Ashton. “He started texting and emailing me: ‘You should change this word,’ and I was, like, ‘What, this cat is nuts.’ Then I got how it was meant to be chopped and fit into the beats.”

The collaboration with Bassnectar exposed Zumbi and Amp Live to a younger audience, and his breakout success may have gotten the duo thinking about their own. After a tepid response to 2010’s Atomic Clock, Amp Live said he and Zumbi wanted to go “back to basics” — meaning the electronic sounds they first explored on Mind Over Matter. Luckily, creating the heavy beats for ShadowBoxing was a lot easier than when Amp Live first sampled drum ‘n’ bass elements for Mind Over Matter.

“You used to have to go out and go through a bunch of records, and search hard for the perfect sounds. Nowadays, it’s all there,” said Amp Live, who uses beatmaking software such as Ableton Live to pull together tracks, adding in live synths and drums where necessary. The sheer abundance and availability of samples, and the ease with which EDM is made, is yet another reason so much of it is crap.

On ShadowBoxing, Zion I outperforms Bassnectar and most of his EDM contemporaries. Nothing on Bassnectar’s new EP Freestyle sounds as fresh or precise as the tracks on ShadowBoxing. At a recent show at Mezzanine, the young crowd seemed to be there for the opener (producer boy wonder Minnesota), but they stayed for Zion I.

“It’s a club experience thing, total party music,” said Zumbi. “Some people say, ‘I used to love Zion I, but the beat’s changed.’ The young people say, ‘Yo, this is dope shit.'”

Zion I is currently on tour with Minnesota, and when asked whether they were using shows as a platform to talk about the election, Zumbi said no. “Zion I is known for being super political,” he said. “Now I let the music do the talking. I am not trying to beat people over the head. I want to chill and have a good time.”