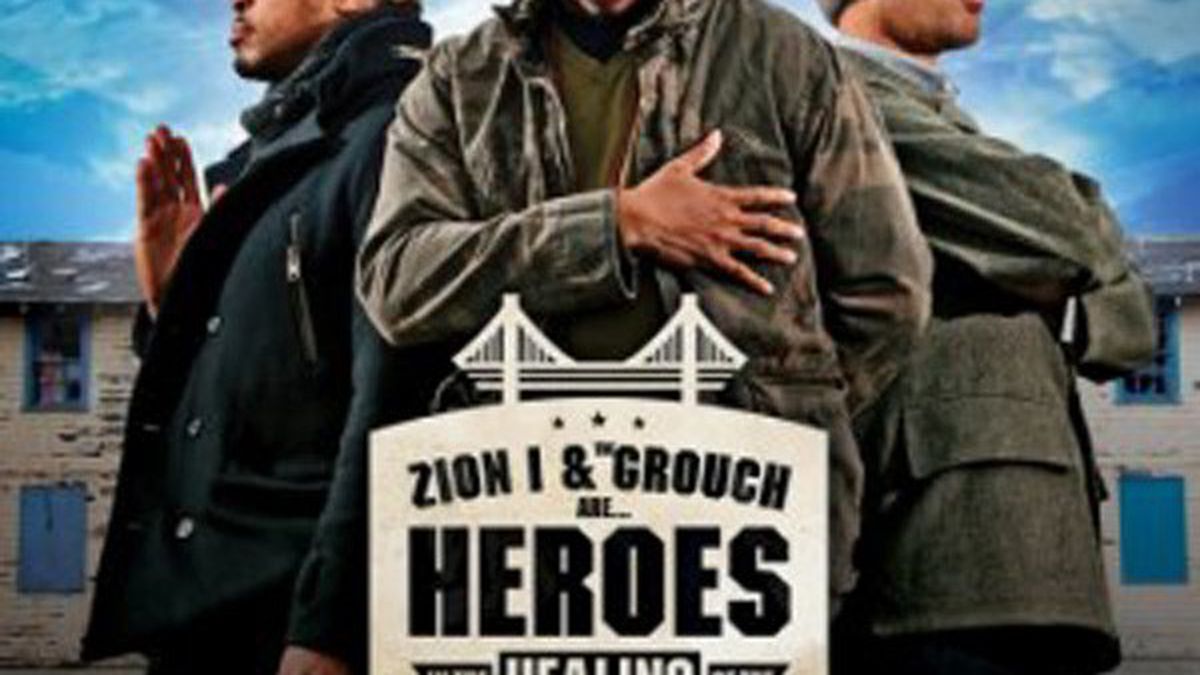 Zion-I and The Grouch

Heroes in the Healing of the Nation

Cheddar, gouda and grapes aside, nobody listens to hip-hop for diet advice. And yet, here it comes, six songs into Heroes in the Healing of the Nation: Boy, you can be unhealthy offa soy/ if it’s GMOed out or fried to enjoy.

The entirety of the album’s ambition — and, ultimately, its downfall — can more or less be encapsulated in that line: It’s certainly well-meaning, and a cursory Wikipedia search indicates that it may very well be accurate from a health perspective. But hedonistic recklessness and wanton consumption are, rightly or wrongly, among hip-hop’s greatest pleasures. Both The Grouch and Zion-I have, commendably, made a mission out of changing that on 2006’s Heroes in the City of Dope, and now Nation. But where City of Dope offered a sense of self-awareness and a fresh perspective at the height of the East Bay’s bombast-soaked hyphy moment, Nation feels heavy-handed and humorless. There’s a sort of throwing-the-baby-out-with-the-bathwater thing happening here, a myopic focus on the message at the expense of the medium. Lighthearted game-spitting is replaced by preachy one-upmanship about who’s a more responsible omnivore on the aforementioned”I Used to Be a Vegan.” Vibraphone legend Roy Ayers is a welcome guest on “How to Be a Father” — until he launches into a treatise about engaged parenting. Heroes is admirable as a progressive statement, and it’s more than decent as a piece of production. It’s just not much fun. (Z&G Music)

The Mouse vs. the Megawatt