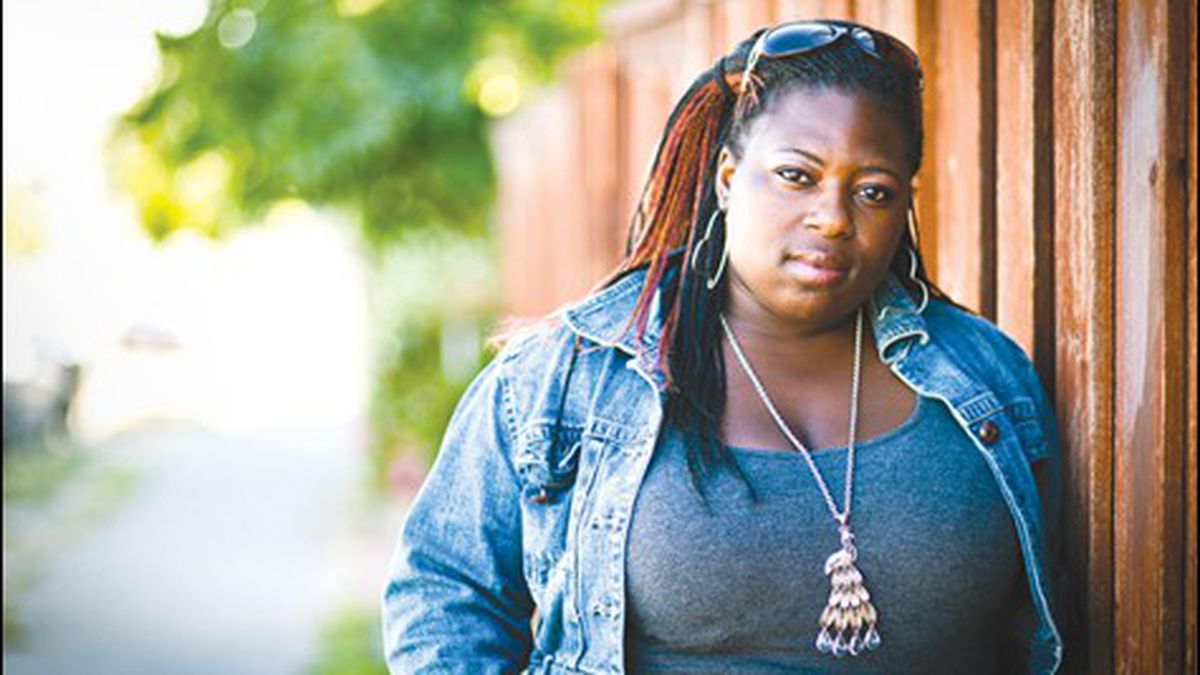 By all measures, Randy Joseph defied the stereotypes about homeless people. A graduate of Kennedy High School in Richmond, he didn’t do drugs. He didn’t have a criminal record or a mental illness. He’d held a few retail jobs and taken classes at Berkeley City College. And yet, at age 23, Joseph found himself living on the streets, unable to find work. For six months he slept in shelters and ate at soup kitchens.

Eventually, Joseph got a transitional apartment at Coolidge Court in Oakland. He spent a year and a half passing out résumés until he landed a job at Oakland Private Industry Council, only to be laid off in February. Now he works as an unemployment specialist at PREP Alameda County Prevention and Recovery in Early Psychosis, helping other at-risk youth prepare to enter the workforce. And their situation, he says, is much worse.

“Seeing other people look for work who were in the same position I was, I see it’s much harder today than it was three years ago,” Joseph said. “Not just because of the economy, but because the jobs you see on Craigslist — they want education, they want experience. Even the retail jobs are looking for experience right now.”

According to the organization EveryOne Home, which does a county-wide homeless count every two years, 353 young adults in Alameda County used homeless services in 2009; the number was slightly lower this year. But those are only the ones we know about, said Elaine de Coligny, executive director of EveryOne Home. Longtime social worker Sharon Hawkins Leyden thinks the real number is much higher. Nine years ago, she cofounded a Berkeley nonprofit called YEAH! (Youth Engagement, Advocacy and Housing), which serves dozens of youth each year. It also runs a shelter from November to April, with a capacity for thirty youth per night, although it will downsize to fifteen a night this year. In the past year, Leyden and other care providers say they have seen a dramatic increase in youth requesting their services.

Leyden said that, at a time when budget cuts have forced her to lay off two staff members and cut shelter space in half, demand has gone up by about a third. Linda Fuentes, a case manager at East Oakland Community Project, said that her current wait list is significantly longer than last year. Robert Barrer, assistant director of BOSS (Building Opportunities for Self Sufficiency), said that in the past six months he’s heard from more transition-age youth (ages 18-25) who need shelter and other resources. Timothy Evans, a case manager at Berkeley Emergency Food and Housing Project, said he has also seen an increase in youth coming in to receive free meals.

While many of them are homeless, some are part of the “hidden poor” or “precariously housed” populations that often go unnoticed. Evans said that among the youth he serves every weekday at Trinity Church, several identify themselves as college students. Some of his volunteers, who attend UC Berkeley, also come in to get free meals. A man waiting in line at Trinity two weeks ago said he’s pursuing a social welfare degree at Laney College. Asked why he eats at a soup kitchen, the man smiled, sheepishly. “Well,” he said, “you can’t say no to a free meal.”

The rise in the number of young people seeking services suggests several things. One is that, with unemployment hovering at 11.7 percent for adults in California, 34.4 percent for teens, and 19 percent for 20-25 year-olds (as of 2010, according to the Bureau of Labor Statistics), there’s simply a surfeit of people who have little or no income. Another is that, with the cost of college tuition skyrocketing, fewer people can afford a college degree, which makes them less employable. And those who can afford college are likely finding it harder to make ends meet.

As Evans put it, “When you talk about ‘the homeless,’ they don’t have to be without a house. Some might be deficient in one area and successful in another. Maybe they can’t afford to pay rent, buy food, and also cover PG&E.”

In fact, many people who use social services don’t at all fit the profile of what’s traditionally considered “homeless.” Leyden said that last year, five people at YEAH!’s shelter were attending Berkeley City College. YEAH! Clinical Case Manager Letteria Fletcher agreed that many people who use their services are trying to lead somewhat normal lives. “What I’ve seen is an increase in what I’d call the ‘hidden homeless,'” Fletcher explained. “They’re people who wake up, make sure to press their clothes, and don’t want people to think they’re homeless.”

Leyden concurred that it’s much harder for young adults to find entry-level employment, now that they’re competing with college graduates and recently laid-off professionals for jobs that traditionally required no degree: restaurant or barista work, bagging groceries, delivering packages, answering phones, canvassing for nonprofits. Leyden said that of the 200 youth she sees each year, 50 percent have no GED or high school diploma, and 95 percent have no source of income at all.

“Seven- or eight-dollar-an-hour jobs have gotten extremely competitive,” Leyden said. “I have youth here putting out twelve to fourteen résumés every week, to Ross, to Subway — all those places. Never even got called for an interview. They were clean, well-presented, articulate youth with the skills to do those jobs. Never even got a call.” She frowned. “They get very demoralized.”

Deja Packard can attest to that. A former foster youth, she’s currently enrolled at Chabot College on a financial aid scholarship while she looks for full-time employment. The twenty-three-year-old took the summer off to go job hunting. She’s living with an aunt in Oakland, and submitting between five and ten résumés a week — twice the requirement for her former transitional program, First Place for Youth. She has experience working at Target, and a mentor at First Place who calls in to recommend her for certain jobs. But, so far, no one has called back.

The unemployment crisis isn’t just making it hard to get in at the bottom level. It’s also putting a strain on families. While middle- or upper-income young adults might have the option of coming home after college, many lower-income youth can’t rely on their families for support. Some, like Packard, are lucky enough to have a relative who will take them in. But others turn to strangers.

“Because some families can’t afford to keep feeding somebody, they have to ask them to leave,” Leyden said. “We’ll have people who come and say, ‘I just need food for a couple days, then maybe I can go back, and come back for more food. Or, ‘My mom has six people to feed; I’m nineteen, so she said I should get out.'”

There’s still a lot of debate as to whether or not the homeless youth population has actually increased, or whether it’s just becoming more visible to providers. De Coligny said the youth homeless count didn’t actually rise between 2009 and 2011 — if anything, the population that’s increasing most is that of homeless senior citizens. That said, De Coligny did notice that most food pantries and meal service programs saw a 20 percent increase in demand this year over 2009, which indicates that more people are unable to afford their own meals, regardless of whether or not they’re actually homeless. She also acknowledged that youth are hard to keep track of, and it’s quite possible that there’s a large penurious population that we don’t know about.

According to Robert Ratner, the housing services director at Alameda County Behavioral Health Care Services, homelessness statistics often reflect shifts in public policy. Thus, it’s possible that a lot of the newly homeless are people who’ve been let out of jail, or some other institutional setting, with no resources. Foster care has traditionally been a large feeder into the homeless population. But that should be less of a factor with the passage last year of Assembly Bill 12, which raised the age of foster care emancipation from 18 to 21. Another possibility, Ratner said, is that military veterans coming home are finding themselves without gainful employment or an adequate support system. It’s also conceivable that the poor-and-precarious demographic is increasing, even if the actual youth homeless count is not.

Unfortunately, that influx is coming at a time of severe budget cuts. YEAH! lost $100,000 from the City of Berkeley last year, which means it can only accommodate a fraction of the population it once served. Foundation and grant money have dropped precipitously. That’s happening at a time of increased pressure for service providers: Leyden said that in order to receive city funding, she has to make a good faith effort to house half of her clients within sixty days. But with budgetary shortfalls compounded by the economic downturn, it’s likely that a much larger portion of the young adult homeless population will fall through the cracks. Without basic resources, there’s nowhere left for them to go.

A Parcel for the People?