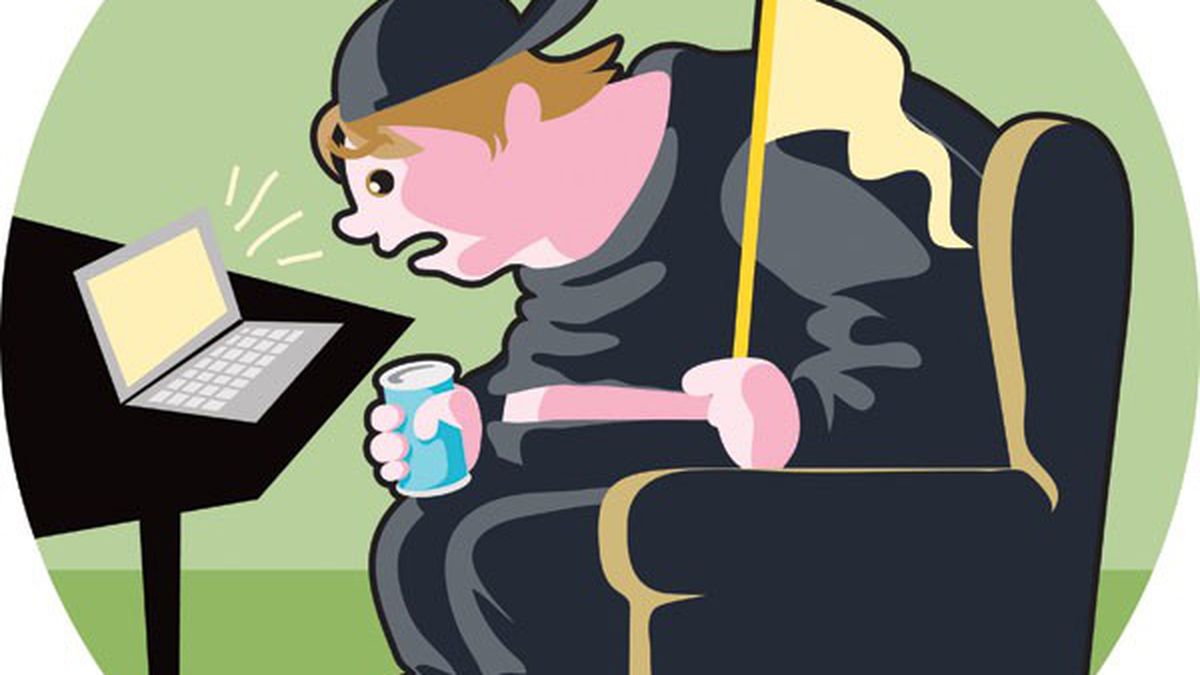 Year of the Blackout

The most transformative shift in modern sports fandom was made with about as much fanfare as a typical minor-league trade.

Have you seen what’s happening with the A’s, Warriors, and Raiders this year? I haven’t either, and neither have many of my sports-loving pals.

Up until 2009, it was still possible to see the A’s on free TV, catch a Golden State game on one of the independent channels, or realize — if they sold enough tickets — that the Raiders sometimes wear black. But when the sports stations migrated somewhere into the 400-channel range of enhanced cable, they left behind several generations of fans who now find themselves tuning in to crackly AM receivers to know the score. Isn’t it strange that the rest of the country sees the Coliseum on TV while the taxpayers themselves can only see it on BART?

My 2009 decision to cut out the $50-a-month cable service was prompted by a salary reduction. One of the side effects of that decision was that the only place I can now follow the local teams is on radio, Internet radio, the newspaper, or web sites that steal from the newspaper. While I knew this change would affect the quantity of my interaction with the local pro sports teams, what I hadn’t counted on was getting shut out of spectating almost completely.

For sure, baseball is a great game on the radio, but I am doomed to just imagine what it looks like when Jack Cust drops a fly ball, and be denied forever the aggravation of seeing it? Was JaMarcus Russell actually aiming his passes at his receiver’s ankles, or was I just reading something into the anguish in Greg Papa’s voice? How unhappy does Monta Ellis look when he mopes past his head coach?

This has been the year of the blackout, the first year since the dawn of televised professional sports that we couldn’t see it. And it happened without any illumination at all. In small type, somewhere next to a note that the home team would be wearing its throwback jerseys on Monday nights, the daily newspaper noted that local broadcasts were moving to cable. The most transformative shift in sports fandom in our lifetime was made with about as much fanfare as a typical minor-league trade. What we did get to see is the further divide between the haves and the have-no-universal-remotes.

The class system exists in its most naked form at the ballpark; that’s not news and it’s never been that traumatizing. We get to watch the same game, suffer from hearing the same songs, and see the same goofy spectator caught dancing on camera. We know there is an entire level of fans willing or able to plunk down more cash than the rest of us. Security guards stand guard over the borders, and though they are outnumbered and could easily be overcome if we advanced as a proletarian mass, we are well-schooled enough to know our and their limits. In fact, it’s part of the ballpark experience to slither down to better seats a few innings at a time. I wave my Adam Smith invisible (foam) hand in support of the system as it exists. I still get to see the same ball game, I get to voice my unsolicited opinion of bullpen management to all the fans within earshot, and I am just as likely to offer unsolicited high fives to fans going to their BMWs as those packing the passageway to BART. I also don’t particularly want to be confined to a box — no matter how luxurious — and don’t begrudge the fans who do, except when they catch foul balls.

But now the chasm has come to a television near me, and that’s a whole ‘nother ball game. That a pair of rabbit ears and a converter box are insufficient to see the home team is something that will impact the very notion of fandom. The only way I will be able to see my team is if it is picked up on the rare national broadcast. Wonder which game Fox will televise this spring, A’s-Blue Jays or Yankees-Red Sox?

Don’t try to tell me that that’s the way it used to be. Sure, back in the day, the “Game of the Week” was a once-a-Saturday tradition. But that was when everyone endured the sporting eclipse. Now, it is likely the only game I will see, while financially flusher fans can feast on dozens of games every day while I await the next G-O-T-W. Oh, look, it’s the Yankees again.

Alternatives exist. The Internet has brought ball games back in the form of little squares, circles, and dashed lines representing game action. They used a similar technology back in the 1910s and 1920s to show games transmitted via telegraph. Of course, back then, Joe Palooka had the same access as Arthur Rothstein.

Years ago, the owners of big-league teams resisted putting their games on the radio, fearful that “giving away” the product would encourage their fans to stay home and gather around the glowing dials. But rather than harming the product, we now know that it created more fans. We laugh at those Luddites now, oblivious that the same thing is happening today, albeit with flat-screen TVs instead of an RCA Victor. Cutting off home games has really boosted Raiders attendance, hasn’t it? Oh, wait, the data was upside down. Actually, Oakland has the fewest fans of any team in the entire NFL.

What will be the impact of this new world order? A loss of localism, and with it the loss of connection and culture that it provides. I may not see the Golden State Warriors all year long. As an adult, I can handle that, but what if I were a local kid being fed a steady diet of Boston Celtics? Seems pretty obvious that I might grow up disinterested in seeing the Warriors or reading their reviews. Sport franchises can exist just virtually, or in New York and Los Angeles. But even then they will need a few rival squads, maybe wearing uniforms that say “Opponent.” Local teams will wither, and with them not just the ballers but the parking attendants, ticket takers, stadium concessionaires, and security staff. Won’t anyone think of the Warrior Girls?

Perhaps with such limited exposure, the little ones will never dream of becoming athletes, content to stay at home playing Call of Duty or Beatles Rock Band.

The seasons roll on, but will any but the most job-secure fans get to experience them? We’ll see. Or rather, you’ll see. I guess I’ll just have to read about it in the paper.