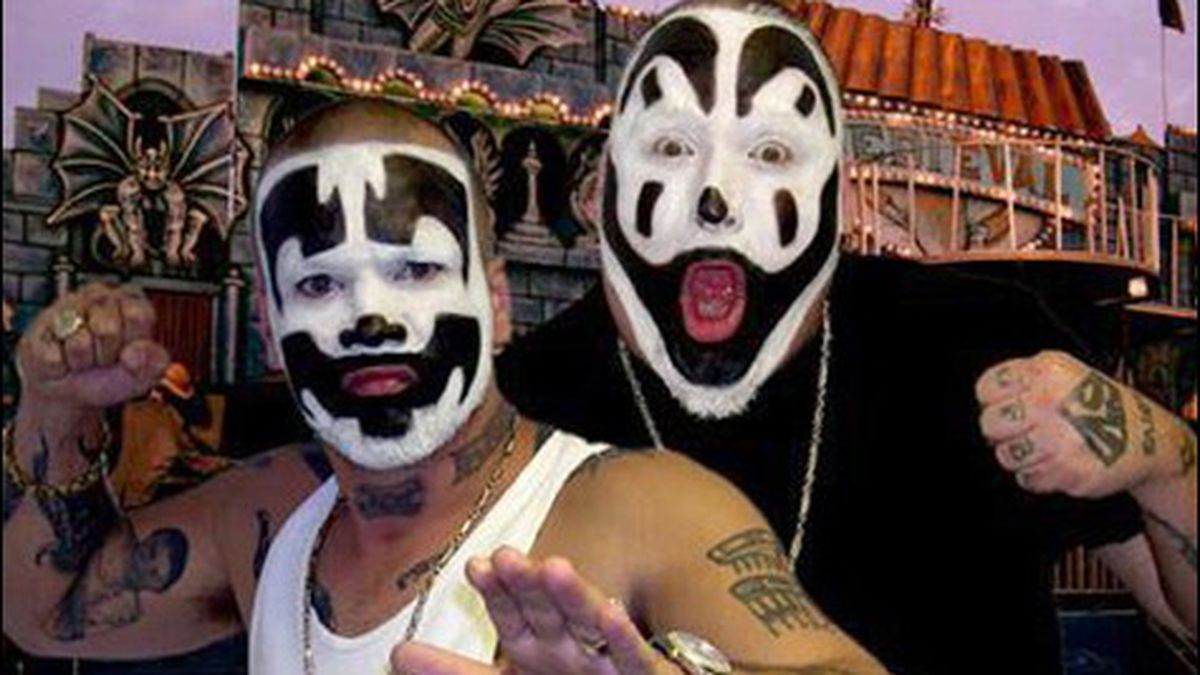 Our staff picks the best music to kill a mood.

Full disclosure: I’ve never felt the desire to put on music whilst getting it on. Something about a coitus soundtrack seems contrived and super awkward, like a scene in a cheesy Drew Barrymore rom-com movie, or any movie. Now if music just happens to be on when the mood strikes, then ideally it would be something subtly suggestive, or at the very least minorly offensive, and definitely not blatantly cliché (see: George Michael, Marvin Gaye, etc.).

Erring on the safe side, perhaps something that’s mid-tempo, lasts longer than three-and-a-half minutes, and instills in your to-be lover’s brain that you have excellent taste in music — like The Smiths’ classic, “How Soon Is Now?”, Echo & the Bunnymen’s “Lips Like Sugar,” or Darkthrone’s “In the Shadow of the Horns.” But avoid:

1. Anything from the Kidz Bop collection.

3. “Miracles” by Insane Clown Posse. No matter how skilled you think you are, you are not “pure motherfucking magic.”

4. Anything by Meshuggah. As enticing as the challenge of making whoopee to polyrhythms sounds, the possibility of your boyfriend’s eyes rolling back into his head and his lower jaw jutting out is too frightening for words.

5. The Lou Reed/Metallica collaboration Lulu, because nothing could kill a hard-on faster than Reed’s stream-of-consciousness psychobabble, or anything involving Lars Ulrich.

6. “Regurgitated Lullaby for the Born Dead” by Beneath the Massacre. Also bad: “The Stench of Misery” and “Procreating the Infection.”

Otherwise, you should be good.

Because my father reads this paper cover-to-cover every week, I’ll try to keep this as vague as humanly possible. (Hi Dad! Don’t worry, I don’t have sex! I don’t even know what it is! I’m totally making this article up!) Anyway, like Kathleen, I’ve never really been one for surround-sound sexytimes, mostly because I like to be able to hear myself cry (JOKE).

Seriously, there’s just so much that can go wrong — skipping, tangled cords, batteries running out, shuffle-related disasters, weird Pandora ads. But if you do choose to go with music, there’s certainly a range: My best bet would be something languid, moody, evocative, and neither too fast or too slow — Zola Jesus springs to mind immediately, as does tUnE-yArDs, specifically “Powa,” and you can never go wrong with jazz or old soul. That said, here are some fail-safe boner-killers:

1. “Here Comes the Bride,” because it’s too down-tempo. Just kidding, BECAUSE IT’S CREEPY AS HELL.

3. “The Bad Touch” by Bloodhound Gang.

4. Anything from the Lord of the Rings or Harry Potter soundtracks. Or, for that matter, anything by Weird Al Yankovic.

5. “Stan” by Eminem, because anyone who can get off on/to/during that song is probably someone you should be reporting to the authorities, not sleeping with.

6. Anything with a BPM over, say, 100, solely because of the risk of heart attack.

7. “Rub It ‘Til It Bleeds” by PJ Harvey. Self-explanatory.

Personally, I think J. Cole and Drake’s “In the Morning” — which is all about hitting it in the morning — is a perfectly serviceable slow jam. And if you play it at night, you’ve shown an amazing gift for irony. Or a prophesy of things to come. And while most songs with the word “baby” in the title sound like an overreach, Smokey Robinson’s “Ooh Baby Baby” is totally boss. (It worked in Cooley High, didn’t it?) If you want to sound like a sophisticate, Art Blakey and Ella Fitzgerald both have killin’ versions of “Gee Baby, Ain’t I Good to You,” which is always a panty-dropper. Here are a few to avoid:

1. “I Can’t Make You Love Me.” Bonnie Raitt did the original, and it’s such a powerful torch song that Boyz II Men, Tank, Bon Iver, George Michael, and Adele all rushed to do cover versions of their own. But why presage doom?

2. “Statistics” by Lyfe Jennings. This might ostensibly be Jennings’ concession to female empowerment, but the hook admonishes listeners to not be a booty call, and to “tell him that you’re celibate.” Kind of self-defeating, right?

3. Anything by Immortal Technique, because you’ll feel like he’s in the room with you.

4. “Wait (The Whisper Song)” by Ying Yang Twins. You’ll have to convince your significant other that you don’t mean it in a nefarious way.

As a general rule, instrumental music is the safest choice in the bedroom. There are a few exceptions — baby-making aids such as D’Angelo and R. Kelly can be used (with purpose and caution) — but really smooth, silky voices are few and far between. Going “Hard In Da Paint” to the sound of Waka Flocka Flame making machine gun noises, for instance, is not the hottest way to bring honey to the hive.

I’d prefer soundtracks from a whole roster of LA beatmakers: Put on Flying Lotus’ Cosmogramma and work on your own big bang theory! Or if you’re a little lazy in the sack, shuffle sugar to the sounds of Shlohmo (his new Vacation EP should steer you into titillating territory). If this is all just way too alt for you, though, forget it then — rev your bro-motor, rip off your Wranglers, and throw on Blitzen Trapper’s “Love U.”

If you try all that and still can’t get frisked, you might just need to get yourself arrested. Here’s a short list of what to absolutely stay away from, though:

1. “Gnashville” by Why? All the last damn rivers have gone dry and practicing your plane-wreck face? Noooo.

2. “We Go Dumb Out Here in the Bay” by Mistah FAB. Between the truncated beat and FAB’s conceit that’s hot, and I’m not, it’s just not the kind of trunk-slappin’ you want to be doing.

3. “Old Man” by Neil Young. This song induces any number of bodily functions, none of them being remotely related to getting your rocks off. Banjo solo?

4. “Bucephalus Bouncing Ball” by Aphex Twin. An exception to the instrumental music rule — unless you’re some sort of bionic powerhouse, try “Windowlicker” instead.

5. “Help!” by The Beatles. This is just a reminder that not every Beatles song is appropriate for every occasion. If you must go that route, at least pick some late-career Beatles or even obscure side projects; anything that doesn’t make you want to snap your fingers along.

Keep a moderate BPM (beats per minute) — between about 80 and 130. If that means putting an old-school metronome on your nightstand, so be it!

DJ Noodles has the Sauce