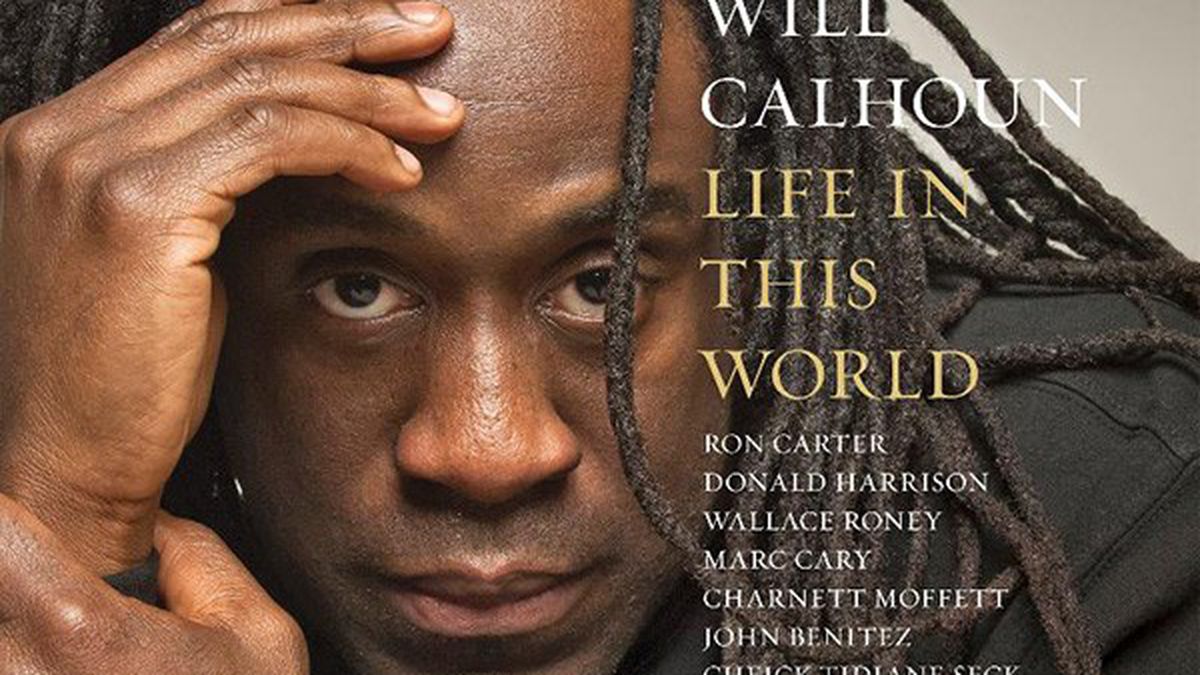 Life in This World

Will Calhoun announces his entrance on the first track of Life in This World with thunderous rolls around the tom toms: His muscular attack is like that of a hard-rock drummer, but he quickly eases into a swing pattern on the ride cymbal, adding snare and bass drum accents as he and bassist Charnett Moffett stir up a progressively polyrhythmic current behind Wallace Roney’s Harmon-muted trumpet and Marc Carey’s rippling piano lines. The Moffett composition, titled “Brother Will,” suggests the sound of the 1964-68 Miles Davis Quintet. Ron Carter, who played bass in that monumental band, is even present on two of the album’s twelve songs.

Best known as a member of the pioneering African-American rock band Living Colour, Calhoun is one of the few prominent drummers to have mastered both rock and jazz styles. He was greatly influenced by the late Davis drummer Tony Williams, but he moves beyond the Davis model on other tunes. John Coltrane’s “Naima,” usually rendered as a ballad, features the pensive alto saxophone of Donald Harrison over a gently churning Afro-Caribbean groove supplied by Calhoun and Puerto Rican bassist John Benitez. The musical journey moves to Mali for Alioune Wade’s “Afrique Kan’e,” on which Roney’s fluttering trumpet flight is driven by the hypnotic rhythms of Calhoun, bassist Wade, pianist Cheick Tidiane Seck, and kamele n’goni player Brehima Diakite. Calhoun also sings, in a cross between a whisper and a croak, on “Love’s Parody,” a ballad he originally wrote for Dr. John. (Motema)