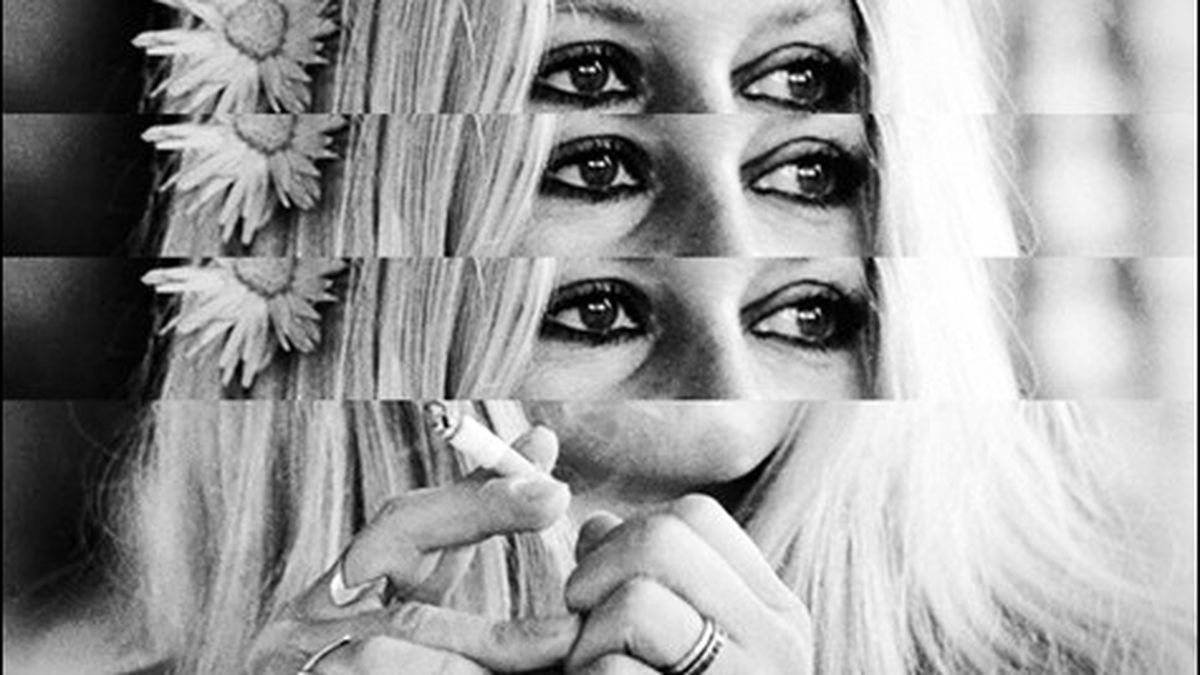 Jenny Sharaf attempts to open feminist dialogue through an exhibition that ruptures mainstream portrayals of blondeness.

Jenny Sharaf’s exhibition Blonde Ambition begins with the premise that contemporary feminist practice is mired. The Oakland-based artist sees her peers fighting for many of the same values as feminists of the 1960s and 1970s, but without the benefit of their second-wave forebears’ highly politicized environment. “Disconnected from the struggle,” as the exhibition statement puts it.

But Sharaf promises no conclusions or calls-to-action in her exhibition. Her aim, rather, is simply to keep open a dialogue that seems perpetually prone to fold in. “I want to make feminist art that doesn’t scream at you, but welcomes you into its layer,” she said. Blonde Ambition, now at Backstock Gallery, sets the depiction of blond women in Hollywood cinema as its discursive ground, aiming to make good on film theorist Laura Mulvey’s seminal 1973 call to rupture the visual pleasure of the Hollywood film and thus subvert its ideological power.

Spanning a variety of media, Sharaf’s works employ roughly three main approaches to the disruptive task at hand. In one, the artist takes a glamorous image of a blond star — Brigitte Bardot is her go-to choice — and manipulates it to short-circuit any possibility of conventional visual pleasure, often using methods of kaleidoscopic multiplication redolent of the era from which these images hail. In one, rows of faces appear all but submerged in coils of blond locks, which encircle them in the manner of either a halo or a boa constrictor. She blackens Bardot’s face in another piece and, in yet another, multiplies her cigarillo-balancing lips to replace the rest of her face, bringing the sexual nature of the image into uncomfortable relief. Making use of video, Sharaf places a mirrored pyramidal tube over a monitor playing Barbarella, effectively wreaking similar havoc on the image of Jane Fonda within.

In another approach, Sharaf takes a patterned surface (or, in one case, a TV monitor playing Alfred Hitchcock’s The Birds) and humorously interrupts it with a pooling of acrylic paint, usually orange, that both abstracts the image behind it and evokes the human epidermis — or its typically feminine complement: makeup. Thirdly, she presents a number of works in which real or synthetic human hair, sometimes loose and sometimes fancifully braided, drops out of a suggestive orifice in the painted canvas. While the disruptive intentions in these works are not as clearly discernible as those of the photo-based works, the effect is all the more visceral.

It is worth questioning, however, the decision in an exhibition ostensibly concerned about contemporary feminism to focus so exclusively on images from the past, down to an unmistakably Sixties palette of oranges, pinks, and yellows. Surely there are contemporary blonds that Hollywood has made to function akin to Bardot or Fonda. It is possible that by maintaining such an unwaveringly retro-oriented sensibility, Sharaf contributes to the depoliticized environment that she bemoans.