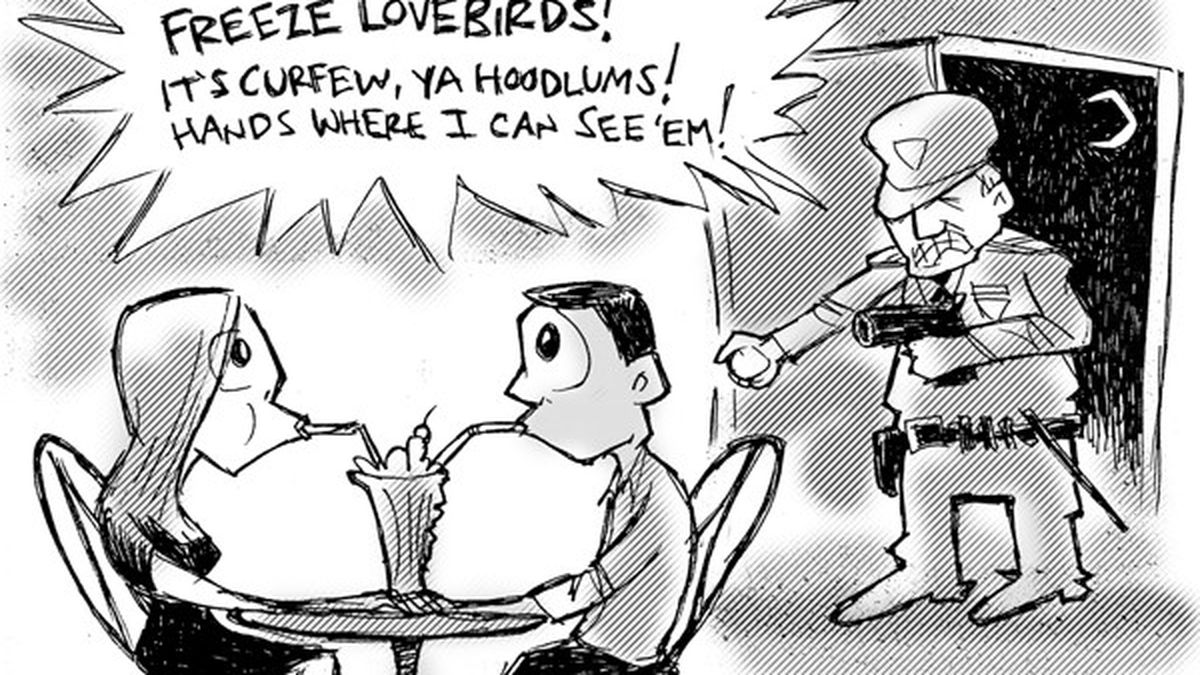 Why a Curfew Is Still a Bad Idea

It's a deeply unserious proposal that would address a problem in Oakland that doesn't exist.

Last year, the Express published two reports that showed that curfews not only don’t work, but also that implementing one in Oakland would be unnecessary. At the time, then-Police Chief Anthony Batts, along with city councilmen Ignacio De La Fuente and Larry Reid, was pushing for a youth curfew as a way to deal with Oakland’s soaring crime rate. Now, current Police Chief Howard Jordan has reportedly renewed the call for a citywide curfew, and the idea is still being backed by De La Fuente and others, including San Francisco Chronicle columnist Chip Johnson and Oakland Tribune columnist Tammerlin Drummond. But the facts about curfews haven’t changed in the past eleven months: There is still no credible evidence that youth curfews lower violent crime, and no evidence that Oakland’s teens are responsible for the city’s continued high crime rate.

Since we wrote those reports last year (see “Why Curfews Don’t Work,” 9/7/2011, and “Why a Curfew Is Unnecessary,” 9/28/2011), one UC Berkeley study was published — and widely circulated by curfew backers — that suggested that youth curfews might lead to modest reductions in youth crime. But the study contained several flaws.

Conducted by researcher Patrick Kline, who is an economist and not a criminal justice expert, the study failed to compare the youth crime rates of cities with curfews against those that don’t have curfews. As a result, there is no way to tell whether youth crime rates declined because of curfews or whether the declines were part of the larger nationwide drop in youth crime.

In fact, FBI statistics show that youth crime has declined substantially throughout California and the nation over the past several decades. And Kline’s failure to take that fact into account renders his study useless. “He simply can’t make any statements about curfews in that study,” said Mike Males, a senior research fellow at the Center on Juvenile & Criminal Justice who has studied curfews extensively.

Moreover, a youth curfew in Oakland is unnecessary. Jordan reportedly believes that youth crime is on the rise in the city, but he has yet to provide statistics to prove his contention. By contrast, the most recent data available from the California Department of Justice shows that felony youth crime has dropped substantially in Oakland, having plummeted 26.4 percent from 2001 through 2010.

The FBI, the California DOJ, and local police agencies, including the Oakland Police Department, measure youth crime by the number of youths arrested. The reason is that it’s impossible for law enforcement officials to know whether a particular crime was committed by a youth unless they solve that crime and arrest a youth for allegedly committing it.

The statistics, in short, show that teens are not causing the city’s violent crime spike. Instead, it’s the adults who appear to be responsible. According to state DOJ data, youths represented just 11 percent of the total arrests for felony crimes in Oakland in 2010, the most recent year for which complete data are available. Adults made up the other 89 percent. The state DOJ data shows that overall violent crime jumped 17.6 percent in Oakland from 2001 through 2010.

A youth curfew not only would likely be ineffective and unnecessary, it also could result in more problems with racial profiling. Oakland police already have a troubling track record for stopping people of color for no legitimate reason. And a curfew would give them another excuse for stopping young people on the street, not unlike New York City’s controversial stop-and-frisk law. “Stop and frisk is basically the same thing as a curfew,” Males noted. And as The New York Times has reported, stop-and-frisk has resulted in a disproportionate number of arrests of blacks and Latinos.

As such, a youth curfew in Oakland would require the police department and the city to redirect its already scarce resources to a program that not only could do more harm than good, but also would address a problem that doesn’t exist. And the amount of resources wasted could be substantial. In a 2009 report to the city council, OPD reported that detaining a youth for violating curfew could take up to sixty minutes of a police officer’s time. And if the officer decides to arrest the teen, it could take several hours to process him or her and then take the youth to Juvenile Hall in San Leandro.

Jordan also is reportedly suggesting that cops take teens who violate curfew to a late-night center run by a nonprofit. But it’s unclear who would pay for that. The cash-strapped city doesn’t have the money, and it seems unlikely that Oakland is going to win a government grant for a curfew center when the youth crime rate has been going down.

The fact that many moderates and conservatives in Oakland are supporting the youth curfew proposal is also puzzling. Conservatives and libertarians often decry the growth of the so-called Nanny State — the idea that government is increasingly regulating personal behavior. Conservatives point to New York Mayor Michael Bloomberg‘s proposal to limit the size of soft drinks sold in his city as a prime example of the Nanny State run amok.

But a youth curfew is a Nanny-State-type solution. It’s government, in this case, the City of Oakland, telling all parents and teens in the city how to run their lives — even when young people aren’t harming anyone. It doesn’t matter if a seventeen-year-old just wants to go to a cafe with friends after seeing a movie on a Friday or Saturday night. Under a curfew, he or she could be arrested.

So why are police chiefs, politicians, and pundits demanding a curfew in Oakland? For some, a curfew sounds like a tough-on-crime strategy, and thus it may help them feel that the city is finally doing something to combat crime.

In truth, however, a youth curfew is a deeply unserious proposal. If Oakland leaders truly want to do something about Oakland’s violent crime problem, then a youth curfew badly misses the mark. It might make people feel better, but it’s not going to lower violent crime. Instead, it’s going to restrict the rights of lots of kids who aren’t doing any harm.

In that way, a youth curfew is ageist. After all, it’s easy for adults to restrict the rights of young people, knowing full well that they’ll still be free to come and go as they wish. Also, many adults, for whatever reason, seem to want to blame kids for the growing crime problem in Oakland, when, in fact, the kids aren’t causing it.

“It’s really an anti-youth argument,” Males said of curfews, “not an anti-crime argument.”

Letters for the Week of September 21

The Port’s Debt Problems Will Slow Army Base Project